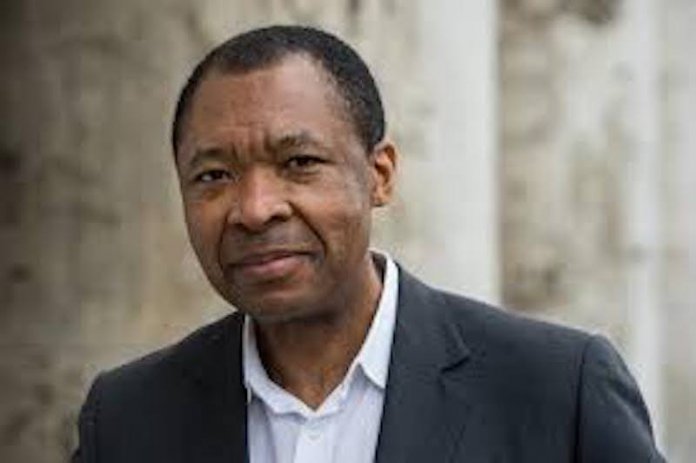 It is with the deepest grief that the Anambra State government received the news of the untimely passing away of our very own world-class curator, poet, educator and critic, Okwui Enwezor. The inimitable Okwui Enwezor, fondly known as simply “Okwui” in elite art circles all over the world, died of cancer in Munich, Germany, on Thursday, March 15. The 55-year old extraordinary artist hailed from Awkuzu in Oyi Local Government area of Anambra State.

Enwezor’s transition was one death that sent volcanic shock waves across the continents. He was one of the foremost contributors to the mainstreaming of African art into the global art. He held large scale exhibitions in America, Asia, Africa and Europe, seizing global imagination. Enwezor may well be the proverbial prophet who was respected everywhere except his homeland because little was known about him in Nigeria, but he is widely recognised for his ability to globalise African art the way Professor Chinua Achebe took African literature to the global arena and Professor Kenneth Onwuka Dike, another great Anambra son, took African history to the global scene. Enwezor was to African art was Professor Ben Enweonwu, yet another Anambra gift to the world, was to it.

A quintessential Renaissance man, Enwezor was admitted to study at the University of Nigeria, Nsukka, but quickly left for the United States where he took a degree in political science at the Jersey City University. He was to serve as the director of the esteemed Haus der Kunst, Munich, Germany, until his resignation in 2018, following his battle with cancer. He rose in 1998 to become the first African, and as yet the only non-European Artistic Director, of the prestigious Documenta. Enwezor is reputedly the only curator, after Italy’s legendary Harald Szeeman to have directed both Documenta and the celebrated Venice Biennale. He was the curator in the Seville and Gwangju Biennials in 2006 and 2008 respectively, climaxing his career as the curator of the Paris Triennale in 2012.

Earlier, in 1994, he collaborated with other artists in founding NKA: Journal of Contemporary African Art. He undertook the epochal exhibition In/Sight: African Photographers, 1940 to the Present, which he curated with Octavio Zaya at the Guggenheim Museum of New York.
Enwezor’s oeuvre t is a grand testament to social engagement. He used his art and exhibitions to address colossal social issues, ranging from apartheid to Africa’s liberation movements to the significance of President Barrack Obama’s leadership of the United states. For him, it was not art for art’s sake but art in the service of humanity.

Decorated with honorary doctoral degrees from the University of Cape Town in South Africa and Harvard University, Enwezor was awarded the Order of Merit of the Federal Republic of Germany in 2014 and the Hessichen Kulturpreis in 2015.
Despite his global status, Enwezor was ever conscious of his West African roots. Even a week to his death, Enwezor was working on an exhibition entitled El Anatsui: Triumphant Scale, an extensive traveling exhibition of the work of Africa’s greatest living artist and emeritus professor at the University of Nigeria, Nsukka, El Anatsui, which he co-curated with Professor Chika Okeke-Agulu of Princeton University. The exhibition opened at Haus der Kunst in Munich, Germany.
The Anambra State Government is at once mourning Okwui Enwezor’s death and celebrating his rich life. The government will participate actively in his funeral ceremonies, in line with our tradition of honouring men and women who make extraordinary contributions to our state and humanity.
––Adinuba is the Anambra State Commissioner for Information & Public Enlightenment.