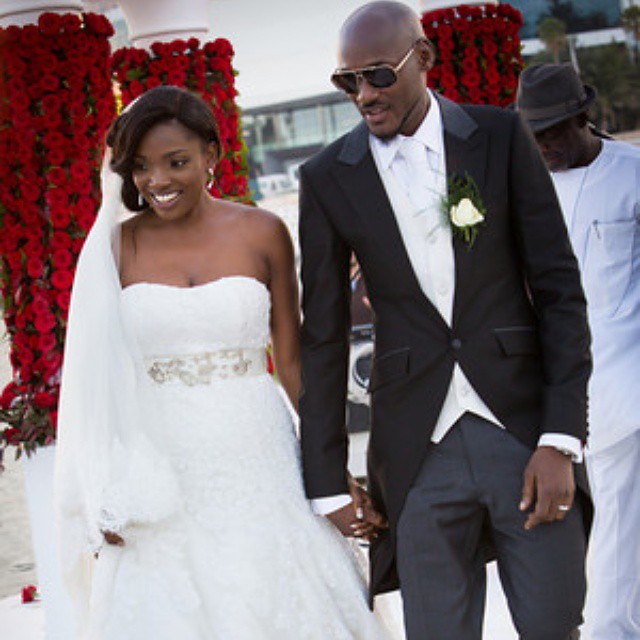 For their anniversary this year, celebrity couple Annie and 2Face Idibia took to their social media pages to drop sweet messages on what they mean to each other, writes Ferdinand Ekechukwu

Nollywood actress, Annie and legendary musician 2Face, got married in Dubai on March 23, 2013. After they walked down the aisle, the pair has continued to grow strong in love, enjoying the pleasures and moments that come with being married. Hence, the stars have as much inspired many with their love story.

For their anniversary this year, the partners took to their social media pages to drop sweet messages on what they mean to each other. Annie was especially gushy with her anniversary message to the love of her life. In an Instagram post expressing her appreciation for having a man as 2Face in her life all these years, she wrote: “Since dem born me… I never love person the way wey I love you ooooooo… Lost for Caption… But I dey come back!!! This man ehennnnnnnnnnnnn I will be totally lost without you… Happy ANNIEversary!”

For 2baba, his wish on that day was to turn back the hands of time through the years and get Annie earlier than he did. In his Instagram post he dedicated to his wife, the singer says “6 years down. We dey enter the 7th and right now the only thing I wan do na 2 re-toast this African beauty. Thank u @annieidibia1 for being my earth, my world. Thanks 4 keeping my head sane. Thanks 4 being u. i will chose u over and over again but i will make it earlier than i did this time.”

Although there had been a recent speculation on social media of marital disagreement following a series of tweets which saw 2Baba apologising to Annie, it however appeared to be a stunt by the hubby to boost publicity for a new video which he featured the wife. The superstar once said about his wife “I have been fortunate enough to have met a couple of nice ladies in life and two of them even have children for me. But I think that Annie and I understand each other more. As with matters of the heart, it is very difficult sometimes to find the right words to explain it. Somehow, you just know that this is the particular person that you want to stay with.”

Arguably one of Nigeria’s most loved couples, 2Face and Annie Idibia have come a long way to be together and their true love story is one that resonates. Annie first met 2Face Idibia at Even Ezra Music Studio when she was just 15.

She once said, “I think there was some electricity that second.” Coming back from Annie’s 16th birthday, 2Face showed off his boyfriend status by paying bus fares for all her friends. He ended up not eating dinner that night but he was content doing it for love. Their relationship after some moments faced turbulent times. 2Face during his on and off relationship got two women pregnant. Despite the ups and downs, baby mama drama and crazy careers, they found ways back into each other’s arms proving that truly, love conquers all.

In 2012, 2Face proposed to Annie on Valentine’s Day, a move which stirred her to tears when it happened as she wasn’t expecting it. Annie has two children for 2Face. His famous video African Queen which saw Annie making appearances is the first video to be aired on MTV Base Africa. By the time they shot the “African Queen” video in 2004, they were already an item on the entertainment scene.