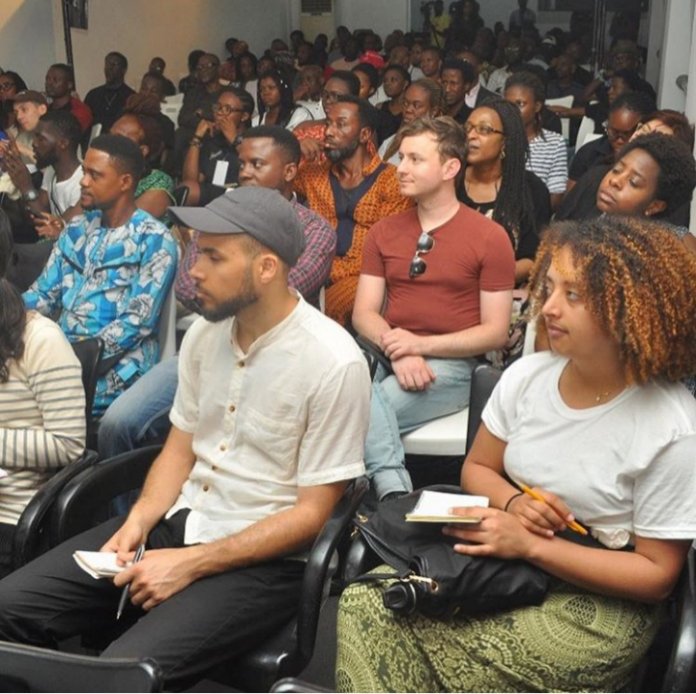 A palpable hush gripped the audience at the screening room of Freedom Park, Lagos as Prof. Jonathan Haynes delivered nail-biting points on the poor preservation of Nigerian creative works particularly in television and films. It was the first official day of the just concluded iREP International Documentary Film Festival and Haynes was picked to deliver the keynote address.

Titled ‘Storylines, Nigerian Filmmaking and the Liberal Arts’ the academician plumbed the different issues bedevilling the film industry. Starting from the warped concept of storylines in a Nigerian setting, Haynes traced the provenance of African stories from the colonial era to present day.

To be sure, Haynes is no newcomer to Nollywood. He is very familiar with the terrain of the industry since his first visit to Nigeria as a Fulbright lecturer in the 90s. A chance meeting with film aficionado Onookome Okome further stirred that desire, which eventually led to an academic research on the history of the film industry in Nigeria.
Haynes’ argument is punctuated with relevant findings from researchers like himself who have taken keen interest in the evolving film industry. Their findings exposed the poor documentation of Nigerian creative works. For instance, he bemoaned the unavailability of archives of Nigerian TV content during its nascent stage.

Television in Nigeria at inception served as a voice of the government but when it merged with other television broadcasters across the country in 1977 to form the Nigerian Television Authority, the need to produce more local content for entertainment and education became more clamant.

The late 70s and 80s therefore witnessed a wave of drama comedies and soap operas such as ‘The New Masquerade’, ‘Mirror in the Sun’, ‘Behind the Cloud’ among many. This era evoked national pride and identity as filmmakers thrive to tell stories through the sound and sight medium.

However the lack of documentation of these early productions according to Haynes is responsible for the poor cultural representation in today’s Nollywood films.

“When you are talking about television heritage, film celluloid heritage, most of those things seems to have gone forever. Nobody had ever carried out a comprehensive research to find out what might be left somewhere. Virtually nothing has been done to rescue them. In 10 years, it will be virtually impossible to piece together an adequate history.”
While commending the Nigerian filmmakers who have documented the arts of Nigeria, he however remarked that very few documentary does justice to what Nollywood means as a dimension of Nigerian culture.

For the American author, new technologies and distribution outlets such as multiplexes which ordinarily would have helped in shaping the African narrative are instead altering the culture. He stressed the significant role filmmakers as well as other stakeholders play in determining the best content for the audience.

Haynes found out that most times, the content being distributed to the Nigerian audience lacked authenticity and is heavily influenced by the Western world.
At the root of these issues, what Haynes pointed out is the lack of integration of film education.

“Nigeria is bad at preserving what it creates. And film is a good way to preserve other art forms be it music or dance. There is no institution to provide a context of cultural heritage.”

He bemoaned the proliferation of film schools which do not offer a robust curriculum on filmmaking, rather a branch of it. Though he praised Nollywood for its resilience, he however admonished the lack of advanced education by filmmakers.

For Nigeria to be saved from this cultural trap, Haynes proffered that film studies be institutionalised in some ways so that the cultural heritage of Nigeria television and films is kept alive in the present and the future.

He however praised the founders of iREP for taking the conscious step to preserve the legacy of Nigeria’s culture through establishing initiatives like the festival and Freedom Park, and more recently the MultiChoice Talent Factory where young creatives are being groomed across select countries in Africa on the art and business of filmmaking.

The ninth edition of iREP also had robust discussions revolving around ‘Storylines’ derived from its grand theme ‘Africa in Self-Conversation’.

In his opening remarks, the executive director and co-founder Femi Odugbemi said that “The idea of stories are not just a narrative that is linear but where also cameras are involved the the story process, both forward and backward.

“Our goal has been to be able to interest young persons to develop passion for documentary storytelling as they have for Nollywood. We also hope that someday a cinema will be willing to screen documentaries.”

iREP was also the first film festival to use the new theatre rooms at the Nigerian Film Corporation in Ikoyi.
This year’s edition enjoyed impressive turnout as film aficionados and intellectuals gathered to experience the various film screening which reflected the theme. Odugbemi remarkably noted that this year’s saw the highest number of Nigerian documentary films screened which included films like Beverly Naya’s ‘Skin’ and Tunde Kelani’s’ documentary ‘Yoruba Without Border’ which was shot with a smartphone. 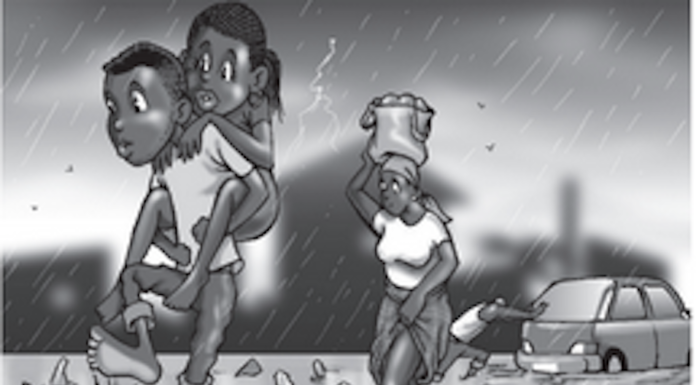