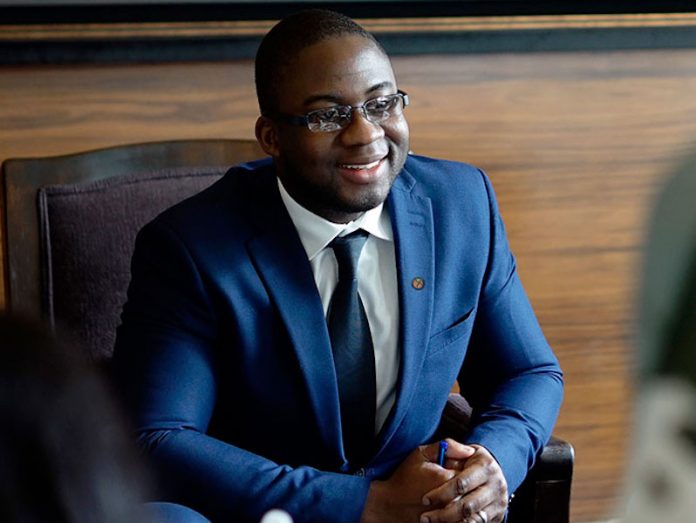 With the general elections over, Research Analyst at FXTM, Lukman Otunuga, in this interview speaks on his expectations from the Nigerian economy. Obinna Chima presents the excerpts:

With the elections over, what are your expectations from the Nigerian economy?

Prior to the election, markets were predicting that President Muhammadu, may not get a second term and that there might be another leadership. But now, Buhari has been given a second chance to elevate Nigeria. In the first four years that he was in power, we actually saw some interesting changes. There is a perception that Nigeria is still weak and that the economic fundamentals are still fragile. But when we look at the macro-economic data in recent months, there have actually been some improvements.

For example, if you look at the Gross Domestic Product (GDP) growth in the final quarter of 2018, that was the highest growth we have seen since 2015. That was quite impressive considering how the global economy fared. If you look at the global economy, economies such as the United State, China and other major countries, are actually facing a lot of headwinds. So, the fact that Nigeria was able to record 1.93 per cent in 2018, despite all the negativity, is still something to cheer about. When we look deeper into the economic data, inflation seems to be moderating despite the perception that increased government spending would cause inflation to jump. There seems to be some stability in the foreign exchange market, despite multiple exchange rates.

Finally, if you look at the foreign exchange reserves, it is actually slowly moving up. So, when we put all these things together, you will see that Nigeria still has the foundation to actually extend growth in 2019. The government has predicted growth of 2.28 per cent and the World Bank and the International Monetary Fund (IMF) are also predicting growth around same region. But, what I would like to see in 2019, is for the government to have a stronger push on the Economic Recovery and Growth Plan (ERGP) and with that I want to see a stronger push in infrastructure development, more roads and I will be expecting more support for small and medium scale enterprises. These are expected to push Nigeria higher. Finally, we have talked about the need for diversification several times. It is becoming an old story, but that is something Nigeria needs to put forward. Nigeria has a youthful population and a fertile land and I think the answer for Nigeria to hit its growth target this year would be a proper investment in agriculture because if the country has food security, it would have the opportunity to export its produce and enable the country break away from its heavy reliance on oil.

What type of reforms will you like to see in the oil and gas sector?

To my knowledge, I believe with the Dangote Refinery, a major reform we want to see is that instead of Nigeria being an economy that exports crude oil and imports refined petroleum products, I think the first step is for Nigeria to be able to do this itself. Once we are able to do this, it would save trillions of naira and it would be the first step for the country to succeed.

Looking at the equities market, what do you foresee?

The equities market has been very interesting. We saw what happened when the election results were announced and the stock market depreciated. It was very easy to come to the conclusion that the market found Buhari’s victory as negative and I think it is very dangerous to easily jump into conclusion like that. Probably the depreciation was the case of profit-taking. If you look at several reports, there are projections that Nigeria’s equities market is one of the worst performing in the world. But if the goals and steps are taken for Nigeria to stabilise it macroeconomic conditions and diversify its economy, it will positively impact the stock market. So, right now even though they are trading at very weak level, this may be an entry opportunity for investors.

But investors need to see more transparency in the market. Even though the multiple exchange rate in Nigeria has provided short-term stability, to some foreign it still creates some layer of uncertainty. So, this is going back to what we have been saying if it wouldn’t be best to let the naira float? This is a very touching question in the sense that if we allow the naira to float, naturally it would crash and the consequence on everybody in Nigeria would be unimaginable. But at the same time, if you allow the naira to find its true value over time, this could be one of the forces that would attract foreign investors and there would be transparency in exchange rate. Another thing that can probably drive investment is for foreign portfolio investors to see a greater push in infrastructure development. For example, there is need to fix the roads and we need to see a push in electricity generation rather than the use of generators.

What do you think is responsible for the slow loan growth?
It is a combination of many things. I read a report that showed that business confidence seems to be improving, while consumer confidence is still quite shaky. Probably if there is an improvement in economic condition in the country, we would probably see an improvement in loan growth. If loan growth improves, that would be positive for the economy as it would show that businesses and consumers are willing to take the risk to borrow and invest.

What are your expectation for monetary policy this year?
The last time the Central Bank has done anything regarding monetary policy was in July 2016, which is almost three years. So, the conditions then, compared to now have changed and you can’t blame the Central Bank of Nigeria. We had a situation of fall in oil prices, Nigeria slipped into recession and rising inflationary pressure and they wanted to avoid any external shocks. But, what I am saying right now is that with conditions slowly stabilising, I believe that the next move for the CBN to take maybe a rate cut. I believe there should be a rate cut because inflation is moderating and we need to see cut in interest rate to encourage consumers and businesses.