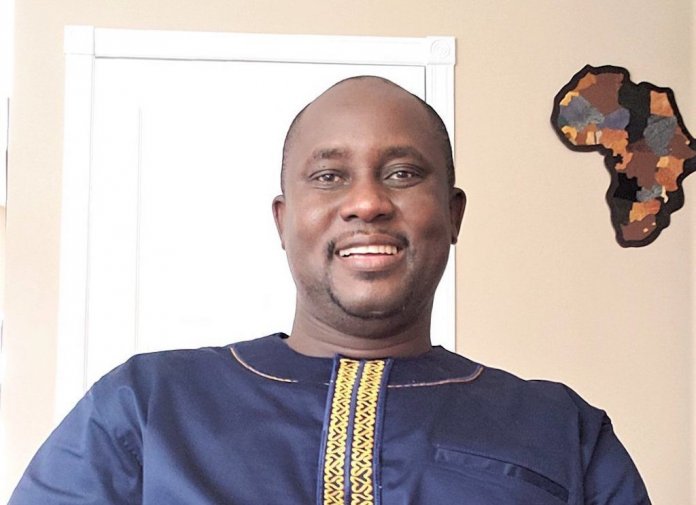 Death makes mockery of life, and of all achievements. Death is always a tragedy since it puts a finality to existence, and ceases all possibilities. The death of a terminal patient, a loved one, is not bearable. This is even more so when death raids the intelligentsia and takes those on whom we have hung our collective conscience. Recently, we heard about the terrible mishap to the Boeing 737 Max 8 airplane. We started grieving because the death of 157 passengers and crew is not something we can just shrug our shoulders on and move on. Until we learnt that our dear Professor Pius Adesanmi was also on that flight, on his way to one of his many pan-Africanist responsibilities across the continent. When intellectuals and activists and especially intellectual-activists die, it is like a searing tear on the conscience of the nation. This is the way I saw the death of Professor Claude Ake in 1996. He was also killed in a plane crash involving the death of 142 people in Nigeria.

Death leaves us so helpless and impotent. I am certain there are so many close to Pius Adesanmi who would have wondered how they could have stopped him from taking that fatal flight. What the beloved wife and kids would be going through at this time can only be imagined. And the deep agony of what could have been and what could have been done differently that would have been significant in altering this terrible consequence. Imagine what those close to Ake thought when they heard about his death. Imagine the agony of those who were the last to see them before they died. Imagine the very possibility of being able to have done something that would have redirect them from that tragic path that led to their eventual demise. All this cannot be compared with the final moment of death, especially tragic ones like plane crashes—the intense awareness that life was at an end. What do you think about at the point of such sudden death? How do you console yourself? Does one even have time for consolation? How does one battle the instinct of self-preservation battling with the longing to see one’s loved ones again? These are all terrible thoughts, but they are fundamental thoughts called forth when death strikes again and again. I once lamented the death of Kunle Amuwo, one of my political science teachers and friends at the University of Ibadan. I lamented the death of Claude Ake as an intellectual-hero that confronted Nigeria’s ideological poverty in the face of the intellectual imperialism of Europe and North America. Now, it is time to lament the demise of Pius Adesanmi, Nigeria’s public intellectual par excellence.

Claude Ake’s death resonates with me on a very deep level. With him, I commenced my reflection on the significance of heroes and heroism in national affairs. And that was because his own reflection on Nigerian heroes resonates with me. In A Prophet is with Honour, a book I wrote in honour of my late mentor, Ojetunji Aboyade, Claude Ake’s short Foreword to that book left a reflective point on my intellect. Ake’s opening statement is deep: “A people without heroes cannot be civilized because it has no standards and for all practical purposes no morality.” In fact, for him, what distinguishes a nation is the national yardstick that determines what and who a nation values. According to him, the paradox of Nigeria is that it “yearns for heroes, acknowledges none and it devalues and derails those who could be.” With that prophetic statement, it was as if Claude Ake was already outlining the dynamics by which his own death would be defined. He would never know that he would be a victim of one of the indices of Nigeria’s governance failure and possibly leadership vindictiveness. There are so many who believed that the ADC Airline plane that crashed had the leprous hand of the power that be. We should not forget that Ake had a hand in the Ogoni insurrection, because he was a sturdy mentor to Ken Saro-Wiwa whom the Abacha military junta eliminated.

Pius Adesanmi was a social force in our collective face. He rode on the enabling wings of the social media to become our beloved gadfly, the irritating sting of which worried the Nigerian leadership to no end. And we all loved him. His acerbic pen, or precisely keyboard, did not spew forth highfalutin grammar that fly over the head of all of us. On the contrary, he wrote many words that resonates with our perceptions and perspectives. He understood us and understood our pains and worries and frustrations. He understood our language too. When we read his many pieces on Facebook, Twitter and Instagram, we feel as if we are the one speaking truth to power. We implicitly understand what he is saying. He was in Canada. He had lived there for a long time, but you know implicitly that he is your neighbor. He understood the face-me-I-slap-you dynamics. He understood the angst of living in Nigeria. He was a Nigerian to the hilt.

Now both of these intellectuals are gone. We have been decapitated. Our nakedness as a nation is revealed by half. Every death of an intellectual avatar in Nigeria must provoke unrestrained agony in us all. One reason for this is that once a person dies, such a person can never be replaced. Everything that makes that person unique has been swallowed up by eternity. No other Claude Ake or Pius Adesanmi will ever stride on the Nigerian soil again. These two scholars and all those others who have gone—from Tai Solarin to Chinua Achebe—represent specific configurations of boldness, perspicacity, perspectives and dynamism. So, while we can have some other scholars who would be willing to step into their shoes, these departed ones are gone forever. And so our postcolonial struggle for freedom from our internal colonizers keeps getting tougher and tougher.

The Yoruba speaks about the role of the dream space as a meeting place for the living and the death. This is a consolation for those living. It opens up the possibility that those we have lost can still have interactional relationship with us. This is a significant point even in those studies that have investigated out-of-body experience. The 1975 bestselling book by Raymond Moody, Life After Life, attempted to excavate the experience of hundreds of men and women who have encountered “clinical deaths” and have been revived. Several insights from his investigation allows us to come to terms with those we love but who are gone forever. One is that after the emotional distress of being separated from their physical bodies, those who have died eventually understood what has happened, especially when they encountered what is called ‘a being of light” as well as the spiritual incarnations of friends and relatives who have gone before. When the dead person finally gets to the threshold between earthly life and the next life, he or she is forced to make a decision to either keep going or to return to earth. For Moody, most who are later revived refused to make the return journey because of the feeling of joy and peace that overwhelmed them.

For all those who have been decimated by Nigeria’s postcolonial predicament, and all those we have lost to one incident or the other, there is consolation. First, the end of their physical lives is not the end of them. In actual fact, Claude Ake, Pius Adesanmi and all those beloved others are not really dead. Immortality, for them, resides in what we have come to know them to be; in what we have come to associate their productive lives with. They were all fighters. They were all courageous speakers of truth to powers. They all gave us specific insights into how we can continue moving on in our collective aspirations to make Nigeria better. Pius Adesanmi hinted that we have now exploited social media enough as a mechanism for undermining the greed and drunkenness of our leadership. Claude Ake taught us that we must remain ever vigilant to the inner logic of our social science dynamics if we ever hope to achieve postcolonial liberation for Africa. Second, we have the consolation that our friends, colleagues, and fellow fighters have eventually found peace and joy. We can never ever grudge them their rest.

From the perspective of African cosmology, our friends have assumed the revered status of ancestors. We can then begin to wonder about what they are eating in the beyond. But more importantly, we can imagine what a congregation of Solarin, Achebe, Saro-Wiwa, Ake, Aboyade, Dudley, Fawehinmi and the rest of the departed, including the new arrival Pius Adesanmi would be thinking about Nigeria from their unique perspective. It is indeed a huge consolation that even though these ones have departed the earthly struggle to go rest, they would likely not give up on Nigeria and the possibility of her greatness.