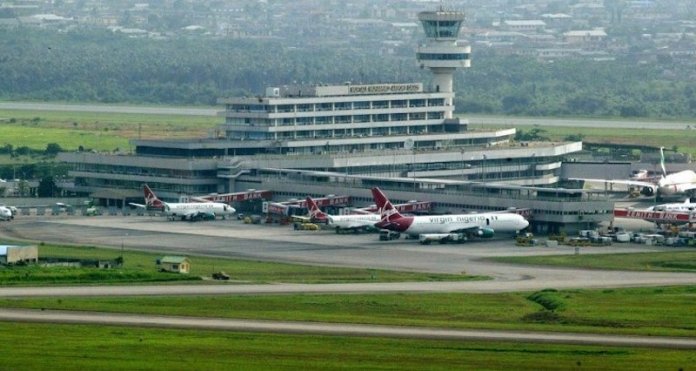 Nigerian airlines are losing lucrative West and Central African markets, which used to sustain them in the past as a result of the creation of open sky policy that allows other airlines free entry and free exit in 23 African countries, THISDAY has learnt.

THISDAY investigations revealed that the Single African Air Transport Market (SAATM), which was ratified by the African Union early last year created open sky for 23 African countries that are already signatories to the policy.
The implication of this policy, it was learnt, is that the airlines of these 23 countries can freely enter and exit these member-countries without hindrance.

It was, however, gathered that while Nigeria allows airlines from the West Coast like African World Airlines (AWA), Air Senegal, Air Cote d’Ivoire and others to operate in the country with minimum charges, other countries over charge Nigerian carriers to discourage them from flying to lucrative destinations such as Accra, Abidjan, Dakar, Freetown and others.

With such strangulating charges and taxes, THISDAY learnt that the Nigerian airlines are forced to charge high fares to these routes to offset operation cost, thus making them uncompetitive.
Investigation has revealed that Medview Airline, Dana Air have stopped operations to West Coast destinations, while Arik Air has cut back its operations in the West and Central African destinations.

The airline, it was learnt, no longer operate to Gabon, Banjul, Abidjan, Freetown, and Douala, and has restricted its destinations to Accra, Ghana, Luanda, Angola, Dakar, Senegal and Monrovia, Liberia.
Also, Air Peace, which started operations four years ago, has launched operations to many destinations in the sub-region, which include Accra, Lome, Abidjan, Banjul, Freetown, Dakar and others.

However, Air Peace had disclosed that it loses about N500 million monthly on those routes due to exorbitant charges that are not reciprocated in Nigeria for airlines from those countries.

The Chairman of the Nigerian carrier, Allen Onyema, told THISDAY that time had gone when the routes were lucrative for Nigerian operators.
“We lose over N500 million monthly to the West Coast. This is the money we make from domestic operations. Except this SAATM is re-addressed, Nigerian airlines will go into extinction. Unless government intervenes, we may leave the routes to these foreign airlines.

“This is because if you continue operating the West and Central routes, it will affect your revenue base on the domestic scene and you will crumble. That is why most Nigerian airlines could not succeed on those destinations,” Onyema said.
He added that if the federal government supports domestic airlines as other countries, it would have reciprocated the high charges by also charging those African carriers the same amount they charge their Nigerian counterparts.

Sources at Arik Air also told THISDAY that all the routes in the sub-region are unprofitable, disclosing that Nigerian airlines incur losses because of high charges heaped on them by the countries they operate to.

“The charges in Accra are too high. After paying them, you cannot get up to N5,000 from the base fare and you have not counted the cost of operation. Their ground handling charges are so high; the same with navigational charges by ASECNA (airspace services provider) and if you don’t pay in time they seize your aircraft,” the source said.

Accra and other airports in the sub-region charge Nigerian airlines for both inbound and outbound passengers, which in Nigeria, the Federal Airports Authority of Nigeria (FAAN) charges only for outbound passengers and all weight charges for landing and then parking, but the total charges, including passenger service charge of $50 per passenger are about 25 per cent of what airports in West Africa charge Nigerian airlines.

Nigeria contributes more than 50 per cent of the total passenger traffic on the West and Central Africa, but now it is other African airlines that are making money from those routes because the host countries exempt their airlines from many of the charges which they level on Nigerian operators.

However, the organiser of Akwaaba African Travel Market, Ikechi Uko, said the only way the West African routes could be profitable to the airlines in the sub-region would be to standardise the charges.
He added that a former Minister of Aviation, Ghana and the International Air Transport Association (IATA), had started moves to make the charges uniform in the sub-region.

He noted that West Africa has the highest population in Africa, adding that for the airlines in the sub-region to maximise the opportunities offered by the high passenger traffic, the countries that form the West Coast must work together and agree on the charges.

“Most airlines in the sub-region are small operators with short lifespan because they have not taken advantage of the high passenger traffic in the area. For SAATM to work, every sub-region should operate like domestic service and the charges must be uniform. That way the airlines can operate profitably in the sub-region,” he said.