It is 10 years ago that Nigeria was engulfed in a financial crisis of unprecedented proportion.  Proof that Asset Management Corporation of Nigeria (AMCON) is the pillar of Nigeria’s financial stability mechanism is provided by the fact that during the period Nigeria is able to cope with one bank in crisis or another blue chip company going bust without momentous quiver of our financial-cum-banking system.

Indeed, it is testament to the fact that AMCON has lived up to the expectation of its establishment – it is playing its role as effectively as envisaged.

AMCON’s impressive performance is as a result of hard work by many players. The visionary leadership provided by a through-bred banker Ahmed Kuru has been a fundamental factor. So has the close cooperation of key financial regulatory institutions and very important stakeholders – Federal Ministry of Finance, CBN, NDIC and SEC.  Underpinning the success of AMCON has been the adoption of a liquidation option that safeguards depositors’ funds and reassures investor confidence in the management of our financial crises.

Whenever there is a crisis in any of our money banks, NDIC is likely to be the first to uncover it. CBN will then move to reorganize the bank’s management. If the crisis persists, it may revoke the bank’s license, and NDIC will return to give a prescriptive remedy—nowadays a bridge bank liquidation option— whereupon AMCON is called to assume the bank’s liabilities, inject funds and set in motion how to recover the taxpayers’ funds invested in the bank and find new investors to take over the bank.

So what is AMCON’s mandate in this collective approach to managing Nigeria’s financial system?AMCON was established to fulfill the following objectives: assist eligible financial institutions to efficiently dispose of eligible bank assets;

The corporation came at the right time in 2010 when the banking sector had undergone, for the first time, massive structural reforms, which involved bank consolidations, recapitalization and managerial changes at some banks, and portfolio clean-ups. These reforms provided a solution to the banking crisis that Nigeria experienced few years ago. In the end, the soundness in the banking sector was restored.

AMCON then contributed a lot in stabilizing the economy through acquiring the Non-Performing Loans (NPLs) of some of the distressed banks, providing financial accommodation to others, which engendered financial stability in the banking system.

AMCON’s initial achievements were tremendous. In an unprecedented move AMCON acquired about 13,774 Non-Performing Loans (NPLs) worth N3.6 trillion from 22 commercial banks. That move saved our banking system, while its provision of financial accommodation of N 2.2billion protected about N4.7trillion of depositors’ funds and interbank takings as well as saved approximately 14,000 jobs. With the settlement of about 56 per cent of the total N3.7 trillion (about N2.072 trillion) bad debts AMCON is not doing badly with recovery efforts, putting into consideration the historical success of other AMC’s in other climes with even much better working environments.

This feat is commendable if one looks at the fact that the country went into recession in 2016-2017. During this period Nigeria experienced a very sluggish growth in the economy, which was aggravated by inadequate supply of foreign exchange and accentuated by a falling of the price of oil, the nation’s main foreign exchange earner, accounting for about 75% of its export revenue.

Conveniently out of the recession the renewed efforts at non-oil revenue collection are helping to reduce fiscal vulnerability caused by oil price shocks.

Thanks to the reforms pursued by the Buhari administration to lay a foundation for renewed growth, increased revenues from the non-oil sector are also helping the country.

The enforcement of the treasury single account (TSA) blocked financial leakages. Renewed efforts also went into enforcement of tax compliance, which increased the ratio of capital to recurrent expenditure to 30:70. Above all, there has been continuous support for agencies saddled with the responsibility of stabilising the financial system such as AMCON are fast yielding results.

I can see similarities in the path taken by Nigeria and Europe in managing the financial systems in the post-crises period, including the role of institutions like AMCON.

Europe implemented three fundamentals policies in the post 2008/9 financial meltdown. Firstly, it implemented massive reforms and some of the countries that received financial assistance from the European Financial Stability Facility (EFSF)/European Stability Mechanism (ESM), such as Spain and Ireland, have among the highest growth rates in Europe today.

Secondly, closer economic policy coordination between the euro area countries now makes it harder to repeat the mistakes that led to the crisis in the first place. Today there are concerted efforts for a Banking Union through the establishment of the Single Supervisory Mechanism, which now oversees the 130 systemically important banks at the European level, and the Single Resolution Board, which was set up to wind down failing banks across Europe.

Thirdly, I liken the European Stability Mechanism (ESM) to AMCON. This institution serves as a rescue mechanism for euro area countries that have lost market access. Like AMCON, ESM was not there at the beginning of the crisis, but the ESM is today a permanent institution ready to fight the next crisis when it comes.

The ESM has disbursed a total of €279 billion to programme countries. Funding these programmes has made ESM a key market player. ESM has issued more than 100 benchmark bonds and 130 bills over the last seven years (2010-2017). Like the achievements of Nigeria’s AMCON, these achievements by ESM would have been unthinkable only a few years back, but, as a result, the euro area economy is now back on track and rapidly growing again.

Through AMCON, Nigeria is making the best out of the situation of its banks’ toxic loans, which are at the heart of many banking crises. Nigeria is quite lucky to have at the driver’s seat of AMCON in the last three and half years a risk management expert of repute-Ahmed Lawan Kuru—humble, disciplined and firm. Since his arrival on the scene he has further entrenched professionalism in the way and manner AMCON operates. His idea of assets management partners (AMP) is helping AMCON’s recovery efforts. The move is AMCON’s strategy to resolve over 6000 accounts with loan balances of N100 million and below.

Before assuming his current position of MD/CEO at AMCON, Ahmed was the MD/CEO of Enterprise Bank Limited. He was also Executive Vice Chairman, Emeritus Capital Limited, a financial service firm with specialty in international business development focusing in sub-Saharan Africa.

Meeting the obligations of the AMCON consists of supporting businesses with a view to enhancing their productivity. More than that, it includes transforming their NPLs to RPLs (Re-performing loans). Doing this provides liquidity to the banks, which in turn help them meet their own obligations as well.

I will be quick to add here one of the famous quotes of the AMCON’s CEO: “That debt in itself is not always a bad thing. The problem of debt arises when there is default”. So the question is always how do we avoid defaults, and if they eventually happened, how do we manage the crisis that follows? There is no one-size-fits-all answer to these questions. Every nation studies its economic peculiarities and adopts the best approach that will mitigate the potential for a catastrophe. AMCON is Nigeria’s stabilisation mechanism of choice and it is the serving the nation.

Europe sees the ESM as a permanent institution ready to fight the crisis of the future. Why shouldn’t Nigeria take a similar, long-range view and allow AMCON to remain for many years to come? At its establishment, it was designed to last for just 10 years. With the benefit of hindsight, and considering the effective stabilizing role it is playing in our economy, our next National Assembly will do well to amend and extend the term of AMCON for it to continue with its good work, which is in tandem with the global best practices. 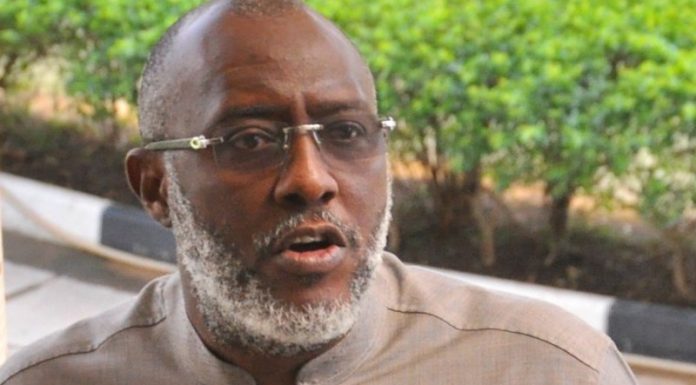 HERDSMEN AND THE SENTIMENTAL COVERAGE FROM THE CENTRE