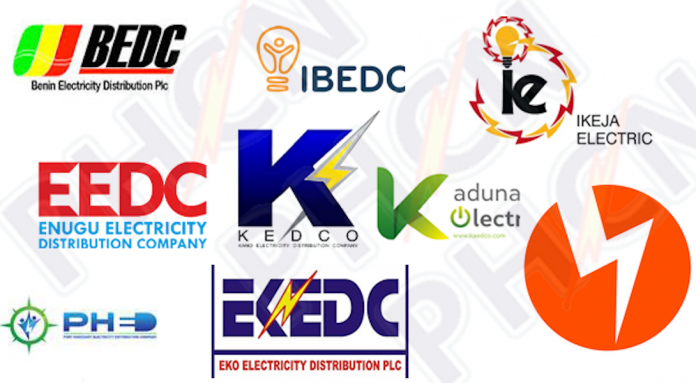 Electricity distribution companies in Nigeria’s power sector yesterday asked President Muhammadu Buhari to sit up and comprehensively address the challenges in the power sector without recourse to politics.

They also declared that they have been freed from the responsibility of providing meters to power consumers under their networks, explaining that the newly initiated Meter Assets Provider (MAP) programme of the Nigerian Electricity Regulatory Commission (NERC) is now to be saddled with that task.
Speaking at a press briefing in Abuja, the Executive Director for Research and Advocacy of the Association of Nigerian Electricity Distributors (ANED), an umbrella body of the Discos, Mr. Sunday Oduntan, said that NERC’s MAP had assumed the responsibility of providing meters to Nigerians, in which case, the Discos no longer hold that primary responsibility.
MAP was initiated by NERC to improve meter deployment rate in the country’s electricity sector using approved third-party operators.
The commission had approved 121 firms to participate in the scheme.
But speaking on the development, Oduntan explained that the Discos have taken a backseat in the task, and would only support the MAP operators to do their jobs.
He said: “The failures of the legacy years caught up with us when we came on board and in trying to roll out meters, we need to do a lot more.
“We have done quite a lot in our performance agreements. There are a number of meters that we were required to provide within five years, and within the five-year period, we did 88 per cent of what we were required to do.
“But you need to understand that what we were required to do was far low compared to the nation’s metering requirement.
“Those who have meters will tell you they are happy, and those who don’t have meters have a right to be aggrieved. So, metering now has been taken off the Discos’ primary responsibilities.”
He added: “In summary, the MAP providers are essentially now in charge of metering and not the Discos. We are participants and have roles to play.
“We are playing along and doing what we are expected to do and asked to do as Discos, but we are not the one that will now provide meters to Nigerians going forward and people should understand that.”
According to him, the Discos support anything or programme that will make it possible for Nigerians to have meters, adding: “We are partners and want people to understand now because MAP providers are now in charge of meters and that is the fact that Nigerians should understand and I don’t want any politician to start playing politics that it is not, it is MAP and we support MAP.
“The more meters we have in our network the better for us because people will for once pay for what they consume. Studies have shown that those who waste electricity are the ones who are on estimated bills.”
He said the Discos were equally worried about the move to criminalise estimated billing methodology of the NERC, adding that if that happens, they will most likely deny supply to consumers without meters to avoid going to prison for flouting the proposed law.
“The moment you make estimated billing a criminal offence for me as a Disco, you are telling me that if I cannot give you a meter, I should not give you light. So, I cannot go to prison. Let common sense prevail if you are saying it is a criminal offence,” he said.
On the conditions required for electricity supply to become stable in the country, Oduntan said it was necessary for the government to allow for cost-reflective tariff in the sector, provide financial subsidies for people who may not be able to pay the right tariff, and create regulatory assets scheme for the Discos.
This, he stated, is to make the Discos to be able to source finance from banks to fund their operations in the event that the government is cautious of a public backlash over cost-reflective tariff.
He claimed that the NERC has failed to undertake a review of their tariff since 2016 to allow for a tariff that is cost-efficient.
Oduntan said that the financial shortfall from this was now in excess of N1.4 trillion.
“There has never been a single minor tariff review since 2016. We have been expecting reviews since 2016, and anything short of that means that sector will not work,” he added.