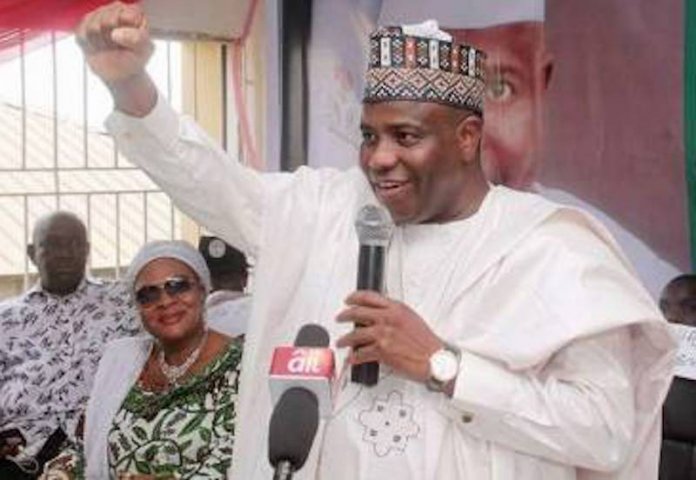 The governor of Sokoto State Hon Aminu Waziri Tambuwal has won the Sokoto state governorship election and has been declared the governor-elect.

She said Tambuwal having scored the highest number of lawful votes was returned elected.