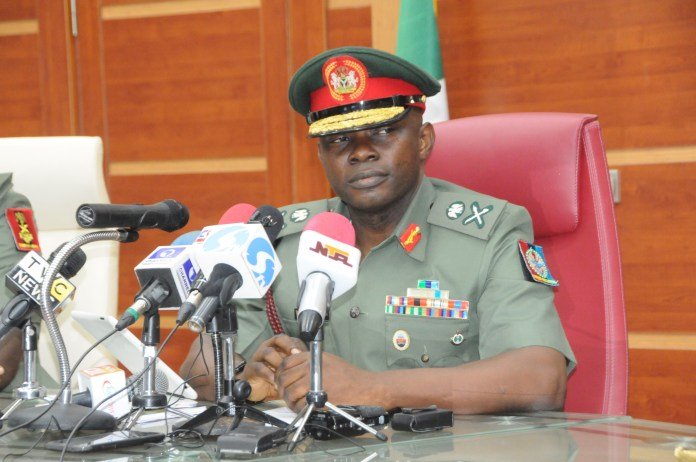 The military leadership of the United Kingdom and France yesterday declared the commitment of both countries to the fight against insurgency in Nigeria and in the West Africa sub-region.

This is coming as the Chief of Defence Staff, General Abayomi Olonosakin, vowed that the Armed Forces of Nigeria would not relent until the criminal elements contending with the nation’s territorial integrity are contained.

The defence chiefs, General Nicholas Carter of the United Kingdom and his French counterpart, General D’Armee Francois Lecointre, who spoke during a visit to the Chief of Defence Staff at the Defence Headquarters in Abuja, said both countries were committed to the fight against terrorism in the sub-region, bearing in mind Nigeria’s position in the security architecture of West Africa.

The UK Chief of Defence Staff, General Carter, who spoke for the duo, said the visit was indeed an historic one stating that they were impressed with the Armed Forces of Nigeria, their role in restoring and sustaining peace in West Africa and Africa at large.

He said the two countries were looking at ways of maximising support for Nigeria and West Africa.

“This joint visit is a historical moment to Nigeria. It is also symbolic because we (the UK and France) both feel strongly that we need to fight for West Africa and we have a huge appreciation of how Nigeria fits well into the security situation of the region.

“We are also impressed with the strong commitments you have shown in providing security to the country and in areas where you are challenged by the Boko Haram and the Islamic State of West Africa Province.

“The Islamic State is a much larger threat of violent extremism. We are hugely in admiration of your efforts in getting off terrorism. Collectively, we look for opportunities to see where else we can help and where we can maximise our support to West Africa and Nigeria particularly,” he said.

Earlier in his speech, General Olonisakin said the United Kingdom and France had over the years remained strong pillars of support to Nigeria and the Armed Forces of Nigeria, through training, equipment support, and intelligence sharing among others.

“The support has in no small measures helped us in our effort to tackle the various security challenges confronting our nation especially in our counter terrorism/counter-insurgency efforts in the North-eastern parts of the country”.

The CDS noted that the military remained committed to the restoration of peace to troubled parts of the country hence the Defence Headquarters is presently conducting various operations across the country.

“These operations have continued to yield positive results and we will not rest on our oars until we rid our country of all criminal elements,” he said.