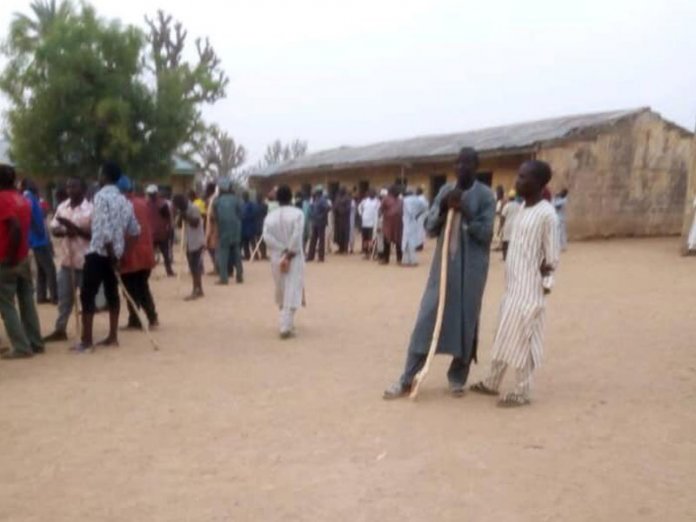 Some journalists covering the Supplementary Governorship election in Kano State on Saturday escaped lynching by some suspected thugs at Suntulma Primary School in Gama ward of Nasarawa Local Government Area of the state.

NAN reports that the journalists who were in the area to monitor the poll, were chased out of the place by the hoodlums.

Trouble began when some of the newsmen tried to interview some voters who were denied access into the classrooms where some of the polling units were stationed.

While trying to flee the troubled area, some of the journalists fell on ground and one of them (Name withheld), had to take refuge in a nearby Mosque in order to save his life.

NAN also reports that some of the reporters had their clothes torn by the thugs.

Speaking to newsmen, some voters alleged that they were not allowed to exercise their franchise as they were chased out of the area.

One of them, Comrade Aminu Tijjani, said he went to the primary school to cast his vote at his polling unit but had to return to escape the hoodlums’ attack.

“The situation is very bad and this is not how to conduct an election where people or voters are denied the opportunity to vote,” Tijjani said.

Another voter, Sani Abdullahi, said he came to vote as early as 8 a.m. but was scared away by the suspected thugs numbering about 10.

Meanwhile, voting has commenced in other affected polling units across the 28 local government areas of the state.

NAN reports that the re-run election is being conducted to decide the winner between two candidates – Abba Kabir-Yusuf of the Peoples Democratic Party (PDP), who polled 1,014,477 votes, and incumbent Gov. Abdullahi Ganduje of the All Progressives Congress (APC), who got 987,810 votes in the first poll conducted on March 9.

The margin between the candidates stood at 26,655 votes in favour of Kabir-Yusuf. (NAN)