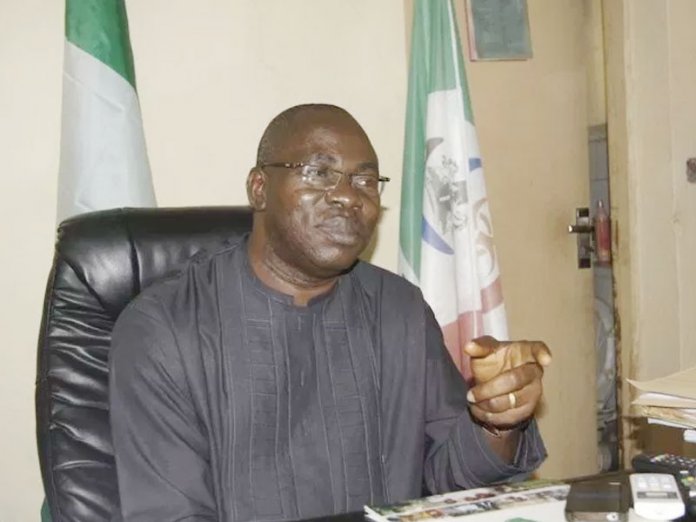 The Director General of the National Biosafety Management Agency
(NBMA), Rufus Egegba, has warned non-governmental organisations (NGOs) against criticising the activities of the agency over the regulation of genetically modified organisms (GMOs) in the country which is its main mandate.

Speaking at a press conference in Abuja on Thursday, the NBMA DG also accused the NGOs of inciting people against the agency and his personality.

Egegba, who was visibly displeased, was apparently referring to a programme aired by an Abuja-based radio station, which he said, completely misinformed Nigerians about the activities of the agency or did so out of ignorance.

He urged the media practitioers to always verify some information before airing or publishing them, noting that what obtains presently is a ‘trade war’.

According to him, “It has come to the knowledge of the Agency that a radio station in Abuja has been making very inciting comments against the National Biosafety Management Agency and its activities.

“This is to disabuse the fear being created in the public about the
activities of the Agency by this radio station. These comments which are geared towards anti Biosafety are seriously biased, lacking scientific evidence and facts.”

Ebegba argued that it was an attempt to flaw the federal government’s honest efforts to ensure the growth of the economy through the application of confirmed safe technologies, as well as that of the National Assembly which, for 13 years (2002 – 2015), painstakingly evaluated the National Biosafety Management Bill before passing it into law in 2015.

The agency, he stated, was established by the Act of the National Assembly in 2015, with the primary aim of providing regulatory framework to adequately safeguard human health and the environment from potential adverse effects of modern biotechnology and genetically modified organisms.

Ebegba declared that he would not stop GMOs in the country because his
mandate was not to stop them but to regulate.

“Accordingly, the agency was not established to stop GMOs but to
ensure that only GM products that are safe for humans and the environment are approved for release and use in Nigeria.

“NBMA therefore owes it a duty to Nigerians to ensure that any product approved for importation or commercialization is safe.

“Also, note that the families of NBMA staff, NBC and NBTS members buy from the same market and would be putting their families’ lives at risk if they approve unsafe GM products.

“The claim by the said radio station that there are GM mangoes, grape, fruits, cassava, etc are completely false and an indication of their ignorance,” he said.

“We wish to inform the public that the GMO crops so far approved by the NBMA are not yet in the market, and even though approvals have been given for their commercial release, they still have to undergo other instant procedures such as through the Variety Release Committee and the National Seed Service.

“Again, although approval has been given for commercial release of these crops, they are not yet in the market as they will have to go through other extant procedures of the nation. Other approvals given are for the importation of GM soybeans and GM maize for food and feed processing.”