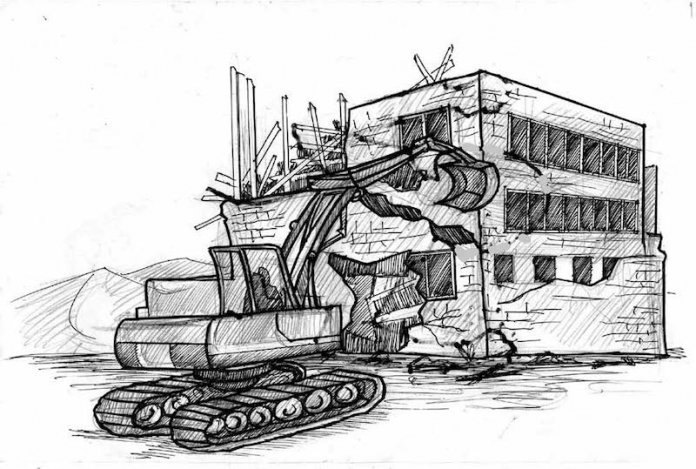 There is need to enforce the nation’s building codes

Last Wednesday, a three-storey residential building that also had within it a nursery and primary school and a shopping complex, collapsed at Ita Faaji on the Lagos Island. By the last count, according to the Lagos State government, no fewer than 20 persons, mostly school children were killed with dozens of others injured. Barely four days later, another three-storey building also collapsed at Molete in Ibadan, Oyo State, trapping many people in the process. While we await official reports from the authorities in both states, the collapse of these buildings would appear to have resulted from the failure of oversight and criminal negligence.

Unfortunately, this is a recurring tragedy that may yet happen again. In July 2017, for instance, no fewer than eight persons died when a four-storey building collapsed within the same Lagos Island in similar circumstance. The building was initially a bungalow before it was converted to a four-storey building with a penthouse while a telecommunication masthead was erected on it, along with a big generator just two weeks before everything came down. Despite the promises by the Lagos authorities to get to the root of the matter and bring culprits to book, nothing was ever heard about the case again.

While we commiserate with the families of the deceased at Ita Faaji and wish speedy recovery for the injured, it is important to state that unless drastic steps are taken, the nation will continue to experience this kind of tragedy. All over the country, there is a glaring failure of the regulating agencies to properly perform their supervisory roles, giving rise to a situation where quacks have taken over the building sector. Quite naturally, most of these characters seem interested only in how to cut costs, even if it means circumventing laid down regulations. Such a state of affair can only breed the kind of disaster we experience from time to time.

Several reasons are responsible for the incessant collapse of buildings in Nigeria. These causes range from violation of safety measures when erecting the structures, to the use of untested products and materials as well as lack of adequate regulations and sanctions against offenders. It is therefore important that there be a synergy between government and professional bodies to minimise the occurrence of these tragedies. This can be accomplished through the imposition of regulatory control and enactment of laws to guarantee that buildings are designed and constructed in such a way that is conducive to public safety and welfare.

From the architectural design stage to civil and structural engineering, actual construction and completion of a project, efforts must be made to ensure that stipulated regulations are strictly adhered to and there are no shortcuts aimed at minimising costs. Until we begin to do that, buildings will continue to collapse in our country like packs of cards with the attendant loss of lives.

What should worry the authorities is that the kind of tragedy witnessed in Lagos had occurred in Port Harcourt, Abuja, Aba, Benin and Kano among other urban centres in the country but no lessons were learnt. Indeed, watching on television gory scenes of buildings where several people are trapped and killed in the mangled debris of iron rods and concrete slabs is now becoming a routine occurrence in our nation.

While we recommend sanctions for those who may be found guilty of the criminal negligence that led to many of the fatal collapse of buildings in recent years, government should do a complete overhaul of the nation’s building and construction regulations. There should be a policy that prescribes serious punishment for landlords and builders who, in cutting corners, put the lives of others at risk.