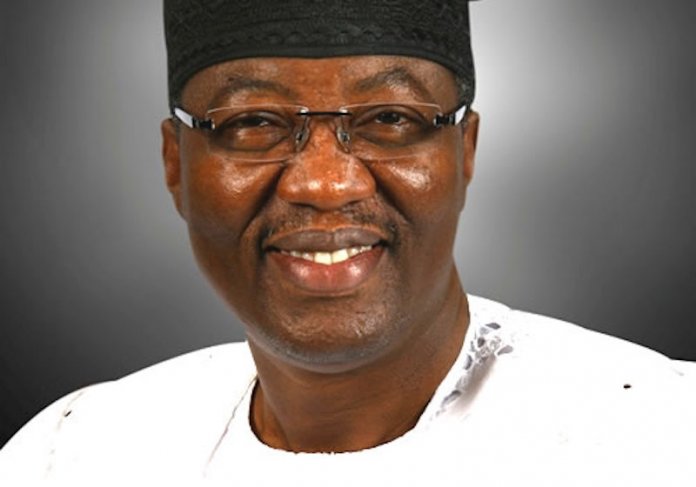 A former Governor of Ogun State and Director General of Atiku Abubakar Campaign Organisation, Gbenga Daniel, has joined the All Progressives Congress (APC), saying his political supporters have pleaded with him to lead them to the ruling party.

The alleged plea came barely 24 hours after Daniel announced his resignation from partisan politics, even as hundreds of his political supporters have called upon him to rescind the decision.

The supporters cut across all the local governments in Ogun State.

Daniel had announced his intention to retire from partisan politics in a letter to the National Chairman of the Peoples Democratic Party (PDP), Uche Secondus.

Daniel’s supporters, who converged on his Asoludero residence in Sagamu GRA, held a stormy meeting with him yesterday, during which they urged him to lead them to the APC, instead of abandoning them in what they called ‘political wilderness.’

Daniel’s loyalists anchored their demands on the fact that they had worked with him towards the emergence of the Ogun State Governor-elect, Dapo Abiodun, of the APC.

The ex-governor had convened a stakeholders’ meeting of his loyalists under the aegis of OGD Political Family to formally address them and announce his exit from partisan politics.

But hundreds of members of his OGD political family in the state who thronged the venue of the meeting expressed their displeasure with his retirement.

Some of those who spoke at the meeting included a former chairman of Ogun/Osun River Basin, Iyabo Apampa; former Director-General of Ladi Adebutu Campaign Organisation, Waliu Taiwo; a former Special Assistant to Daniel on Youths, Ifekayode Akinbode; and senatorial candidate of the Peoples Democratic Party, Jelili Amusan, among others.

Akinbode led other members of the OGD Political Family to prostrate for Daniel, while women held his legs, pleading passionately that he should lead them to APC.

Amusan also led members in a voice vote, where they all resolved to collectively join APC.

Speaking with journalists shortly after the meeting, Daniel said, “Basically, they said I could resign from PDP.

“They said I must lead them to APC and they also said I could not retire from politics. That is the summary of what I heard.”

When asked what his next line of action was, the ex-governor said, “Now, we have to take a look at it.”

When asked if he was ready to go to APC, Daniel said, “What else can I say? My people have spoken.”