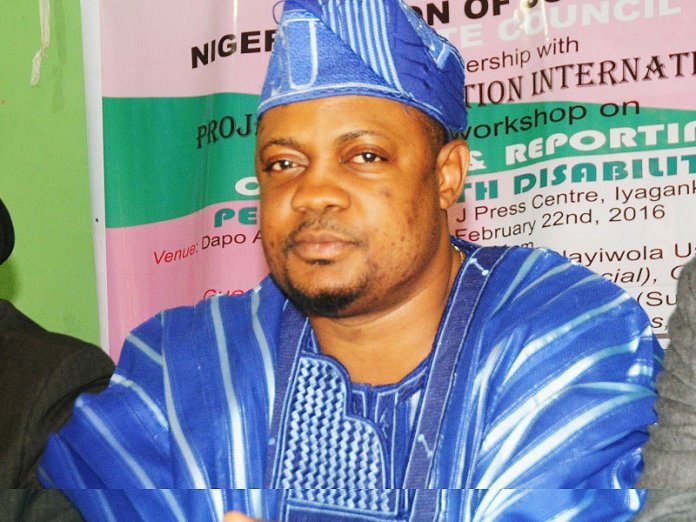 Family, friends and political associates of the slain member of the House of Representatives representing Akinyele/Lagelu federal constituency, Hon. Temitope Olatoye (aka Sugar), as well as members of the Olatoye Sugar Foundation (OSF) yesterday demanded justice on his killers.

The eldest brother of the deceased, Mr. Olajide Olatoye, accompanied by friends, political associates and members of the OSF, made the call while addressing a press conference at OSF Secretariat in Bodija area of Ibadan, Oyo State.

The lawmaker was murdered at Lalupon area of Ibadan during the governorship and House of Assembly polls held on March 9.

The senior Olatoye, who spoke on behalf of the family, urged the government and security agencies to ensure that the perpetrators of the ‘heinous’ crime are brought to book.

He said: “We really commend Police AIG Leye Oyebade of Zone II and the state Commissioner of Police, Shina Olukolu, for their prompt response and investigation of the killing which led to the arrest of some suspects.

“I am very sure those arrested by the police were leaders of those who masterminded our son’s killing.”

He described as “campaign of calumny” various reports against the lawmaker trending on the social media, stating that such mischiefs are orchestrated by the lawmaker’s political enemies.

According to him, “Our attention has been drawn to several negative publications trending on the social media including the photographs of the dying Olatoye.

“We wish to maintain that all the negative impression about the late Olatoye and his family started with the gruesome and horrific photographs allegedly published by a hospital and his political enemies.

“We maintain that all these attacks on the deceased can best be described as fake news from mischief makers and political enemies to gain cheap political advantage.”

He particularly said the voice note credited to one, Mrs. Folake, who claimed to be the landlady of the late lawmaker, is nothing but falsehood aimed at disparaging the deceased.

Olatoye said: “We hereby deny the claim as same is without evidence and  any iota of truth, therefore in the realm of fake news. We, therefore, call on the public to disregard same.”

He stated that the family has instructed its lawyers to commence legal action against Sahara Reporters and other online platforms over the publication of ‘falsehood’ about the deceased.

Olatoye added that the late lawmaker lived a fulfilled and philanthropic life, stating that he was throughout his lifetime committed to the well-being of the downtrodden.

The family appreciated friends, the public and well-wishers for their support to them, lauding specifically the Speaker of the House of Representatives, Hon. Yakubu Dogara.

The Special Adviser on Media and Strategy to the deceased, Dr. Tunde Hamzat, described the late lawmaker as an unadvertised philanthropist who was always willing to help people.

According to him, the late lawmaker was service-personified, stating that the deceased devoted his life to the emancipation of the downtrodden and Oyo State project.

Hamzat also lauded security agencies on their prompt investigation of the killing which has led to some arrest, expressing hope that his death would bring an end to high profile assassination in the country.

Balogun Ajasa and Adewunmi Akeem, who were the late lawmaker’s landlords in Abeokuta at different times, were also present at the conference to dispel the negative rumour about the deceased.