…The rise and sudden fall of Rochas Okorocha

Human lives are like a mist appearing momentarily; and power can be the intoxicating local gin that ensures the drunk is embarrassed when he becomes sober. The noisy breaking news in Imo State is deafening. It didn’t require Internet sharing for Imolites to know the end has suddenly come for a man – emperor – who ran their beloved state as a personal dynasty. Emperor Rochas Okorocha has fallen. The one who sits atop the baobab tree has broken both his neck and back.

Alas! Okorocha, from being a burning fire has become cold, impotent ash. He has become a live coal that begets cold, impotent ash. Shame! He has lost the governoship he fought so hard to get for his son-in-law, Uche Nwosu. Even his hope of going to the Senate appears to be in ruins as INEC has refused to issue him a certificate of return.

Not even his threat and blackmail could force the INEC returning officer to declare him winner of the senatorial ticket. Who could have thought that the once-powerful governor’s political empire would bite the dust in the twinkling of an eye? Some months ago, he was in a long-drawn battle with APC National Chairman, Adams Oshiomhole. All efforts to foist his political dynasty on Imolites have failed. All seems lost now. Not even his sponsored thugs, state security agents could bully voters and INEC officials to declare him and Nwosu winners of the governorship and senatorial elections.

Until today, the Imo State governor believed he had the power to do and undo. In fact, that was his undoing. At every chance, he has promoted himself as President Muhammadu Buhari’s closest ally, always appearing in photo-ops alongside Buhari like an incorrigible stalker. He brought Imolites to their knees with his coterie of statues, spending millions of naira that could have gone a long way to bring succour to his people; and his family members and in-laws feeding fat on the state’s treasury. He knew his days were numbered and he tried to become a ventriloquist and puppeteer at once by trying in vain to instal his son-in-law, Nwosu, as his successor. He failed despite dealing ruthlessly with anyone like Sir Jude Agbaso (his first deputy governor), Sir Jude Ejiogu, Nick Oparandudu, and Eze Madumere (his second deputy governor) who could thwart his scheming. Getting them out of the way of his son-in-law became his nemesis.

When an idol becomes too proud, as in the case of Okorocha, it is shown from which wood it is carved. It’ll be cold out for Okorocha after May 29, 2019 when the the governor-elect, Emeka Ihedioha, takes over from him. Perhaps, he’ll take solace hanging out with his gang of political statues. Imolites are laughing last; for Okorocha and his goons, there’s gnashing of teeth. It’s hoped that Okorocha will learn from his miserable attachment to power and others in power will learn humility and selfless as they rule their people.

editor - December 4, 2020 1:47 am
2
THIS REPUBLIC BY SHAKA MOODU In 20 years, university teachers in the country under the auspices of the Academic Staff Union of Universities (ASUU) have... 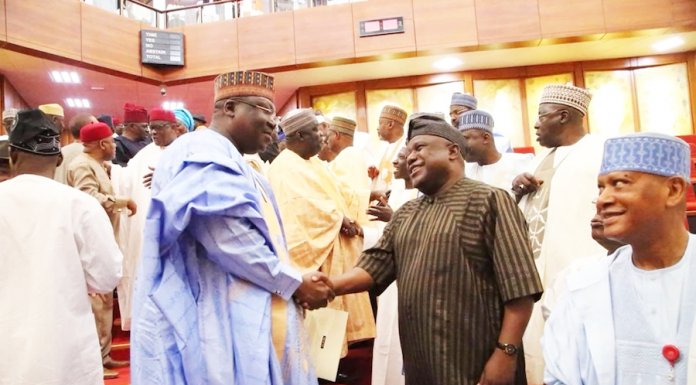 NSE Migrates Four Companies from ASeM to Growth Board