Nigeria is no doubt very rich in mineral resources, which have been largely untapped because of barriers to investment. While the federal government believes it is on course to transform the country into a mining destination, Kingsley Nwezeh looks at suggestions by the Nigeria Extractive Industry Transparency Initiative (NEITI), in its latest report, on ways to improve the sector

Beyond oil and gas for which Nigeria is highly ranked and known for globally, huge deposits of solid minerals abound in the country such that there is hardly any state without the resource, sufficient to power the economy, if fully exploited.

Owing to lack of attention by successive administrations to reactivate the sector and the full concentration on oil and gas, the mining sector, with a huge capacity to contribute to gross domestic product (GDP) has suffered untold neglect.

Officially, there are 44 different minerals found in commercial quantities in 450 locations across the country. They include gold, iron ore, tin, gemstones, columbite, topaz, limestone, uranium, laterite, gypsum and kaoline among others.

The Extractive Industry Transparency Initiative (NEITI) in its latest report, “Improving Transparency and Governance for Value Optimisation in Nigeria’s Mining Sector”, outlines three categories of minerals resources to include high value commodities like gold, bulk commodities like iron ore and tin and gemstones.

“These minerals can also be grouped into categories depending on their usage: precious stones, metallic minerals, energy minerals, industrial minerals and construction minerals,” it said.

A Rich History of Mining

Before the discovery of oil and the consequent decline in mining, Nigeria was a hub of mining activities, dating back to 1902 with the first mining of tin ore by the Royal Niger Company in 1905. Gold was mined subsequently in the present Kogi and Niger States in 1914 and coal in present day Enugu State in 1916.

Mining contributed to the development of a functional railway industry helping to transport mined coal from Enugu to the seaport in Port Harcourt and to a power plant in Oji River.

“With tin ore mining and processing came the establishment of the largest smelter in Africa (Makeri smelter in 1961) as well as a power plant in Jos. Finally, the establishment of industrial complexes and behemoths (at the time) of manufacturing came with iron ore, including the Ajaokuta Steel Mill, with the capacity to produce 5.7 million tonnes of liquid steel; Delta Steel plant with a capacity of 2 million tonnes of steel products; and three inland mills in Osogbo, Jos and Katsina,” the report added.

After several decades of inactivity, recent efforts have been put in place to revive the sector which is still grappling with low policy perception index, a function of poor attention accorded the sector by government. The NEITI report identifies this snag as the reason for the absence of mining majors and minor and why Nigeria is still not a mining destination but is considered a global haven for 54 unexploited mineral resources strewn across 22 states of Nigeria.

‘’Given the review of Nigeria’s extensive and comprehensive mining regulations, it is obvious that the country boasts of a regulatory framework that can measure up to some of the best in the world. However, it is obvious that efforts to give Nigeria a world-class regulatory architecture have not produced the kind of investor interest and patronage that was intended.

‘’It is very probable though that with increased investor awareness of the continuous reforms to fine-tune the process and address the gaps, investors will come around to the emerging reality and begin to take advantage of the huge potential presented by the Nigerian mining industry.

‘’This potential is reflected in the globally referenced Fraser Institute annual survey of mining companies 2014, which also compared Nigeria with other known global mining destinations such as Chile, Australia, United States of America (USA) and South Africa.

The indices used by the institute are in relation to corporate tax, the royalty payment regime, financial incentives, lease duration, customs duty and ownership requirements,” the report said.

The report further noted that, “Nigeria’s corporate income tax rate of between 20-30 per cent compares favourably with those of South Africa, Chile and Australia, and is much lower than that of the United States of America at 40 per cent. The royalty regime of 3-5 per cent for metals, gold, copper, iron ore and energy mineral coal, also compares favourably with these countries and is much lower than the USA’s regime of 4-10 per cent.

“The tax holiday incentive of an initial period of three years from the commencement of operations is very attractive by global standards, especially for a green and brown field exploration and mining destination”.

While Nigeria’s efforts at attracting mining investors with the introduction of the ease of doing business policy initiative, three years tax holiday among other incentives, the sector remained largely unexploited.

“The government policy of exemption from customs and import duties for mining equipment is also a major incentive, as obtains in South Africa and the USA. This is unlike Chile and Australia that collect 6 per cent and 5 per cent respectively and in some cases, still collects additional import processing charges.

“Perhaps only Chile, which allows for an indefinite leasehold duration on mining leases, could be said to be more attractive in comparison to Nigeria’s 25 years lease period. In terms of ownership and foreign participation, foreign companies are encouraged to incorporate local subsidiaries, compared to these other destinations with varying percentages of permissible foreign acquisition. While South Africa allows for a maximum of 26 per cent ownership, in Australia this is limited to only 15 per cent.

“However, despite Nigeria’s extensive and globally competitive regulatory framework, Nigeria’s mining industry is largely unexploited and contributes very little to the country’s industrial output. As at 2016, the Mining Index for Nigeria was still comparatively the lowest at 84.1 per cent, in comparison with that of the USA at 133.9 per cent, Australia at 131 per cent or even South Africa at 98 per cent. This is expected, since these are known destinations with long-tested mining cultures, and consistency in the formulation.”

The present administration, moving in the direction of reviving the ailing sector started by outlining a roadmap aimed at identifying the challenges facing the sector and moving to sanitise the sector by revoking thousands of dormant mining licenses and reallocating them.

To encourage artisanal miners, N30 billion mining intervention fund was made available to enable miners overcome the near impossible interest rate placed on loans by banks.

In a recent interview, Minister of Mines and Steel Development, Abubakar Bawa Bwari, gave insights on government’s efforts to revive the sector.

“The road map we developed was in line with the mandate we were given. And the mandate was to create jobs, generate revenue and ensure that mining was done to the best standard practice. So there was improved funding because of what was coming in here. The budget for this ministry in 2015 was N1billion and they could hardly access N300 million.

“So overtime, based on our efforts, there was improvement in budgetary allocation. Mr. President approved N30 billion for us from the natural resources fund. World Bank also approved N150 million for us to develop the sector.

“With that a lot of activities started picking up in the sector. With that we were able to fund our mine officers all over the country, provide logistics. We are now able to monitor mining activities all over the country and suddenly things began to improve and we started the collection of royalty and so on. With that, we could also monitor the activities of Illegal miners, set up surveillance task forces with all the security agencies involved,” he said.

According to him, the ministry was able to revive Mineral Resources Management Committees that helped in addressing issues of compensation, land disputes and related issues within the local and mining communities. “So when we came in we realised that Nigeria had minerals, that minerals were all over the states and that in every local government you could identify one mineral or the other. We realised that the potentials were there and that possibilities to achieve our objectives were there.

“With improved funding, we started exploration projects. We also realised that there cannot be mining without data. Today, we have improved data as a result of improved funding. Based on that, a lot of activities have been generated in mining. A lot is happening in the mining sector. Revenue has been improving steadily even under recession, it kept growing and when you look at the statistics in the last three years, mining revenue has been growing.”

The minister disagrees with the NEITI report and argues that a high investment inflow has commenced as a result of efforts of government. The minister, who recently returned from a mining conference in South Africa is presently in Canada to showcase Nigeria as a mining destination.

“We had interactions with investors, especially foreign investors at international mining conferences in South Africa, Canada, United Kingdom and China among others. Before now, Nigeria was given little attention in terms of mining and this had to do with perception. Nigeria is perceived as oil and gas destination and not a mining destination. Ours was to change the perception and that has improved and today Nigeria is on the lips of most investors.

In spite of government’s boisterous position, the NEITI report posits that more needs to be done to improve the perception issue and a general improvement in the state of mining in Nigeria.

“This perception will need to be worked upon by improving the indices of governance and consistency in policy execution. The policy perception index is the outcome of surveys of investors working in the market.

“The Nigerian score reflects the absence of global mining majors and juniors. However, recently in their 2017 survey, the Mining Magazine reports an improvement in the Nigerian policy perception index. This may have drawn largely from the implementation of the 2016 Mining Road Map. Despite this, the score is still comparatively low when compared with that of the major mining destinations,” it said.

NEITI noted that “Nigeria’s low score in Policy Perception Index should be reversed through further removal of barriers to investment. While efforts have been made by the current government to improve the ease of doing business score, further attempts should be made to increase the ease of access to critical information, not only about minerals deposits but even about ownership of mineral titles in the country. Mining policies should also guarantee predictability and consistency of application of rules”. 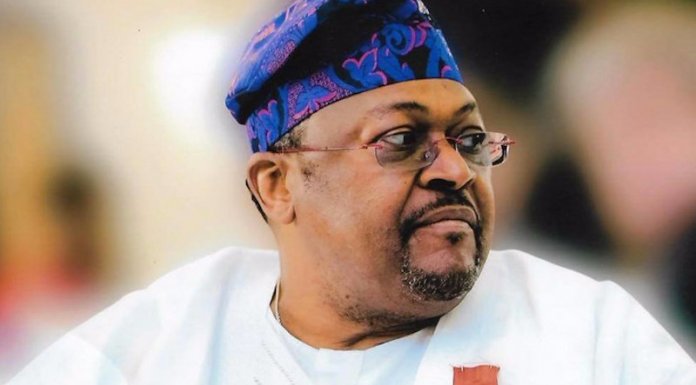