INEC’s decision to declare the outcome of the governorship elections in six states inconclusive calls to question, the capacity of the electoral body, writes Olaseni Durojaiye

After 20 years of uninterrupted democratic practice, particularly having conducted elections every four years, it is disturbing that the managers of the nation’s electoral system, the Independent National Electoral Commission (INEC) have still not been able to deal with their assignment very effectively.

The current INEC under the leadership of Professor Mahmood Yakubu has not really fared well in this regards. INEC under him started shakily post-2015 elections but many excused it as a teething problem being new in the saddle. But that excuse, many have come to agree, is no longer tenable especially, with the pattern of its occurrence and the fact that it has often favoured the ruling All Progressives Congress (APC).

Indeed, it is unfortunate that over three years after, INEC under his leadership is still not surefooted in its organisation of elections as evidenced in the inconclusive nature of governorship elections in 6 states. In light of the forgoing, the question then is: what exactly is the problem?

This has led many political watchers and pundits to argue that the current leadership of INEC has regressed rather than progress from where it took off even when many expected it to build off on the achievements of its predecessor, Attahiru Jega and the successes recorded during the 2015 elections.

And this is why many hold that the current leadership of INEC has not learnt anything from the conduct of that elections leading them to conclude that it is unpardonable that after three years on the job, and having conducted a handful of governorship elections in some of the states, the leadership of the electoral body is still unable to wrap up all elections in record time.

Expectedly, declaring the governorship elections in six states inconclusive has sent conspiracy theorists to work. Many commentators read meanings to it with many insisting that it was a ploy by the INEC in concert with the ruling All Progressives Congress (APC) to subvert the popular wishes of electorate in those states in favour of the APC. There is no gain saying the fact that declaring elections in states where the opposition Peoples Democratic Party (PDP) was leading does not paint INEC in good light.

Many of the conspiracy theories follow from the experience of the Osun governorship election re-run. After the election was declared inconclusive, the APC which was trailing the PDP went into overdrive and deployed all forms of tactics to ensure it won the election. Some the tactics included forming emergency alliances with the Social Democratic Party (SDP) candidate, Senator Iyiola Omisore and outright intimidation of supporters of the opposition parties.

Instructively, certain facts appear to support the conspiracy theory that the PDP controlled states were the targets of the infamous inconclusive elections. Considering that of all the six states, where the governorship elections were declared inconclusive, the APC only leads in Plateau State; in all the other states, the PDP was in the lead before the ‘Margin of lead Principle’ was evoked. In the light of the foregoing, analysts wonder what the issues are really. Apparently there are issues. For example, INEC under the present set up is struggling to deliver on its mandate of conducting a seamless election. That the last election has been getting commendation from far and wide is not enough to mask the reality that so many anomalies trailed the whole process from underage voting, malfunctioning card readers, which aided multiple voting in some areas and the now familiar vote-buying.

Could it be that Prof. Mahmood Yakubu lacks a proper understanding of the management of an electoral process? Others wondered if the erudite professor is a victim of the nation’s institutional failings. Others still, wonder if the issue at the bottom of the spate of inconclusive governorship elections under him is a function of capacity to manage human resources and process.

Yakubu tacitly admitted to the fact that there are issues bedeviling the nation’s electoral process. The INEC chairman had alluded to this while addressing the Inter Agency Consultative Committee on Election Security, March 7, 2019. He was quoted as saying, “The commission is concerned that many of our materials, including ballot boxes, voting cubicles, voter registers and Smart Card Readers were lost to acts of hooliganism and thuggery in the elections held two weeks ago. Most worrisome is the attack on electoral officials. Some of our staff were abducted and taken hostage in an attempt to disrupt elections or influence the outcome. In fact, some of the supplementary elections were caused by such acts of thuggery.”

It is quite disturbing that after 20 years of conducting elections, the country is still at the primitive stage of battling effective distribution of sensitive election materials. Though some analysts blame this failing on the vast nature of the country, however, some argue still that making election materials available in good time at all the polling units in the country is a teething problem that INEC should have overcome after six elections in a row.

More disturbing is the fact that politicians have perfected various ways of exploiting the laxity in the electoral process to perpetrate what one analysts referred to as systemic rigging.
Interestingly, even in the midst of the cacophony of noise trailing the inconclusive election declarations, analysts and commentator are in agreement that if the nation’s electoral process must be improved on, those issues encumbering INEC must be thoroughly probed and panacea found for them.
These are besides the fact that the handling of issues leading to the elections being postponed and the announcement of the postponement is still fresh in the minds of Nigerians, thus, the call in some quarters that Yakubu be relieved of his job and a better hand shopped for in good time before the next round of governorship elections.

Interestingly, many feel that INEC under Yakubu has not done badly. Those who share this view blame the problem of inconclusive elections in the states on the vastness of the country, adding that the nature of some terrain makes them difficult to access, thereby occasioning late arrival of electoral materials in such places.

“The truth of the matter is that as the election umpire, the INEC has done well in all sincerity. The electoral laws have it that in any election where the cancelled votes are more than the difference between the first two contestants, there must be a re-run, this is exactly what has transpired in the about six states, where the elections were declared inconclusive.

Continuing, Osunsanya who is the Managing Director of MediaPro Consulting Limited, added: “Don’t also forget that Nigeria is a huge country with vast land mass and high population, it will be a shock if such did not happen especially when you juxtapose it with other very developed countries in the world whose democracy have been over a century old. I give kudos to INEC,” he concluded.

But not many share his views and it is easy to glean so from trends in the various social media platforms. Most Nigerians believe the INEC under its present leadership has performed woefully and should give way for a more competent leadership.
Those who hold this perspective contend that it is unpardonable that the Yakubu-led INEC is taking the country back to the era of inconclusive elections. According to them, Yakubu should go as doing so would allow for his replacement to have enough time to put in place a proper mechanism to better manage the resources of electoral body and fine tune its process to guide troubling instances like inconclusive elections. 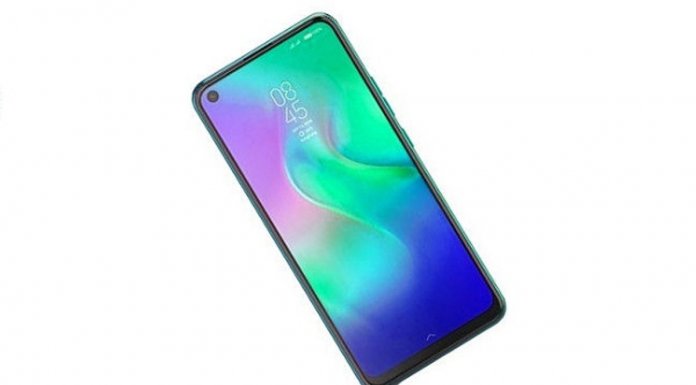