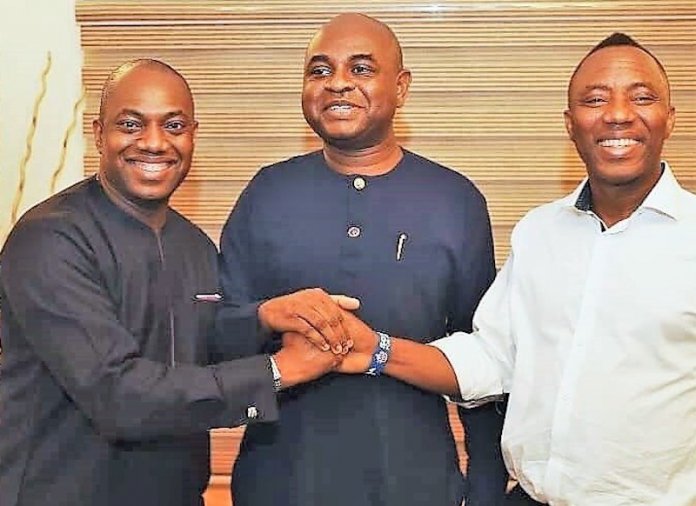 The recently concluded election is very much interesting. #NigeriaDecides2019 will shine bright light into a lot of us especially, those that are not as smart as their smart phones.

If old men like Atiku Abubakar and President Muhammadu Buhari could tour the whole 36 states to orchestrate an incessant campaign for presidential election and jokers like Fela Durotoye, Omoyele Sowore and Kingsley Moghalu decided to limit their cheap campaign to social media, where 99.9 of the users don’t even have PVCs.

Some people will come with the sentiment of “Those men don’t have the financial clout to run a proper campaign”. Damn, that’s pure bullshit. Why would anyone engage in what he or she can’t give 10% effort to?

Those jokers did not even hold any rally to galvanize anyone; they were only making empty noise on social media. Those jokers didn’t even auspicate anything in their respective LGAs, yet, they were there criticising the real people that mean business (Buhari and Atiku).

One of the problems of this country is that we glorify hoax. If you truly mean business, you would have held rallies in at least one state in each geo-political zone in Nigeria and that sums up to 6 states, rather they decided to stay on social media to speak nonsense English and this made me come to the conclusion that they only came in order to add “FORMER PRESIDENTIAL CANDIDATE” to their CVs.

I don’t ever want to listen to Fela Durotoye, Omoyele Sowore and Kingsley Moghalu anymore.
Those so-called old men will continue to rule this great country, because they are ambitious and real. This is not a prediction; it’s a damn SPOILER!
– Onobun lives in Lagos