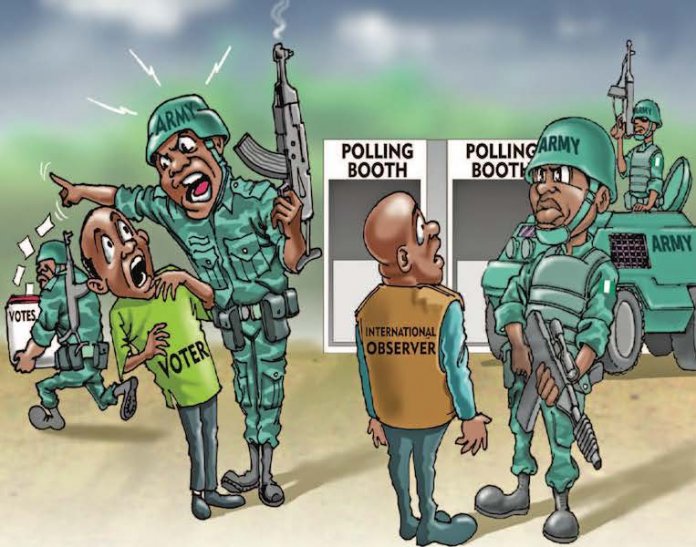 The military increasing role in politics compromises their professionalism

Two civil society groups, the Save Democracy Women and Impact Future Nigeria on 6th March staged a protest in Abuja over what they termed “the militarisation of the 2019 general elections.” But their protest evidently did not matter in the reckoning of those deploying troops for what ordinarily should be a civil engagement. The governorship and house of assembly elections that followed on 9thMarch were perhaps more virulent as arm-wielding security personnel compromised their professional credibility in shameless partisanship that has now put to question the integrity of our armed forces.

Although an apparently embarrassed Chief of Army Staff, Lt General Buratai has set up a panel to investigate the role of the military, nobody seems impressed. Never in the history of elections in Nigeria did we witness such impunity in the election process as seen in the past four weeks. Men in uniform intimidated or blocked voters from getting to polling stations, snatched ballot boxes and instigated needless violence in some theatres across the country. Like every other election in the past decade, Rivers State stood out as a sore thumb.

Even though the main opposition party in the state (and ruling party at the centre), the All Progressives Congress (APC), was banned from presenting candidates in the election, the exercise was a little short of a full blown war, an unending battle of supremacy between the sitting governor Nyesom Wike and his immediate predecessor and Minister of Transport, Rotimi Amaechi. Viral video captured soldiers overrunning the home of a state official and even chasing after female residents with guns drawn. In one of the videos, an Independent National Electoral Commission (INEC) official admitted that their office was besieged by the military and results of the election were confiscated, thus rendering impossible their collation task. Though the military high command refuted the allegations, ascribing the atrocities to ‘fake soldiers’, there were no reports of any arrest and many Nigerians see the defence as an afterthought. Soldiers even blocked international observers from performing their duty of monitoring the conduct of the elections.

Indeed, after a meeting at the weekend, INEC was forthright enough to condemn the actions of the military personnel and armed gangs which disrupted the collation process in some places, specifically citing Rivers and Bauchi States. In Rivers, according to the National Commissioner and Chairman, Information and Voter Education Committee, Festus Okoye, declaration and returns for 21 state constituencies out of 32 were made prior to the suspension when “collation centres were invaded by some soldiers and armed gangs resulting in the intimidation and unlawful arrest of election officials thereby disrupting the collation process…the commission expresses displeasure with the role played by some soldiers and armed gangs in Rivers State disrupting the collation process and attempting to subvert the will of the people.”

These, no doubt are strong words which indict the military and call to question their role in the electoral process. In several of our interventions, we have said repeatedly that the police have the constitutional duty of protecting and policing the country during elections as in other civil times. The military and other security agencies can only act as back up whenever they are called upon to do so. It is an aberration of Nigerian laws for the military to be directly involved in politics as we have just witnessed during the 2019 elections.

In October 2015, the Nigerian Army set up a Board of Inquiry to investigate alleged malpractices and involvement of its personnel in Ekiti and Osun States during the 2014 gubernatorial elections. “The essence of the investigation is to prevent future unprofessional conduct by officers and men in the performance of constitutional roles. It is also to strengthen Nigerian Army’s support to democratic values and structures in Nigeria”, the statement said at the time. Given what transpired in recent weeks, we can conclude that they learnt nothing from that ugly experience. The role they played during the 2019 general election has further helped to deepen partisanship within their ranks, compromised their professionalism and polarised the polity.

The military must step back from politics and put an end to this worrying trend. 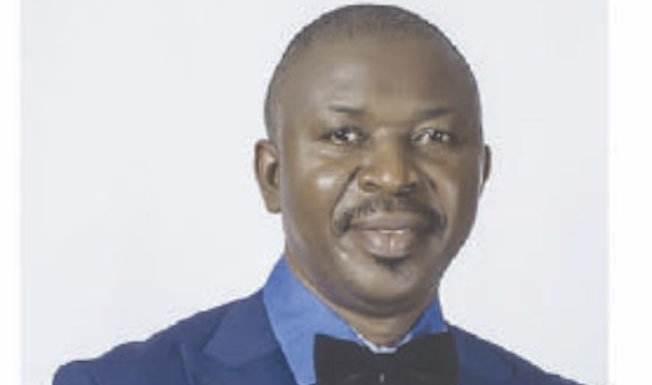