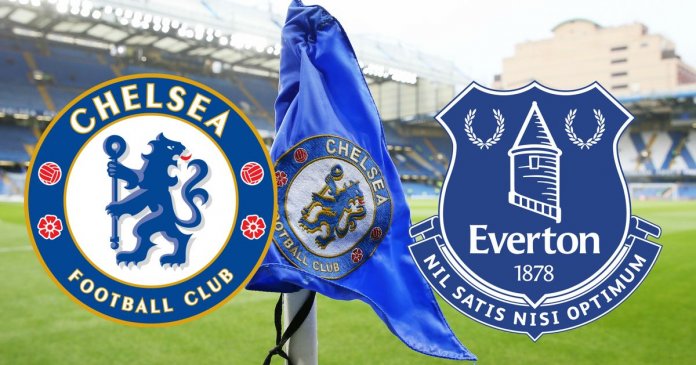 Of the four clubs scrapping for third and fourth place, only sixth-placed Chelsea are in league action this weekend as they travel to Goodison Park on Sunday to face Everton.

Victory for Chelsea would lift them level on points with fourth-placed Arsenal.

Maurizio Sarri’s side currently sit three points behind the Gunners in the Premier League, but their London rivals do not play again until April while fifth-placed Manchester United are in FA Cup action this weekend.

Victory on Merseyside would be a major boost to their hopes of finishing in the Champions League places, then, although it would take a win by six clear goals for them to end the day in fourth.

Everton midfielder, Michael Keane said Everton must replicate the intensity of their recent performance against Liverpool to claim a top-six scalp when Chelsea visit Goodison Park on Sunday.

Everton went six unbeaten in the Premier League on their own ground earlier this term.

And after contesting a breathless home Merseyside derby draw a fortnight ago, Keane is eager for his side to finish the campaign on a similarly prolific note at home.

Equally the centre-back is hoping to sample a repeat of the partisan atmosphere which accompanied Liverpool’s visit – and he is determined to give his team’s supporters plenty to shout about.

Everton drew the reverse fixture with Chelsea 0-0, a repeat of the scoreline when the teams met at Goodison Park last term.

“We have played really well against Chelsea and defended strongly,” Keane told evertontv.

“They are a good team with a lot of top-quality players, so we will have to be really on it like we were against Liverpool.

“Hopefully we can score a few goals, as well, and win the game.

“The derby was the best atmosphere I’ve played in at Everton. When the fans are like that it really helps us – but we know we have to play well to get them behind us even more.

“We will do everything we can to make sure we do that, we are really hungry for a win and need to beat one of the top teams at home – and we want to do that on Sunday.”

Keane has started all but three of his side’s Premier League games this season, missing two matches with a head injury early in the campaign and being rested from one prior to the busy festive schedule

He will have a new partner in the middle of defence against Chelsea, with Kurt Zouma unavailable against his parent club.

But the 26-year-old insists whoever starts alongside him- Yerry Mina and Phil Jagielka are the frontrunners for a place in Marco Silva’s side – will bed in without any issues.

When Everton captain Jagielka featured in the recent 3-0 victory over Cardiff City it represented the 26th time the duo had been on the field together.

Keane has played with Zouma Zouma on 23 occasions and Mina 11, including when the Colombian helped Everton shut out Chelsea on his full debut in West London back in November.

“Everyone I have played with this season has been great,” said Keane, whose side still have big guns Arsenal and Manchester United to welcome to L4 this term.

“If I am picked, I feel comfortable with whoever is next to me.

“The lads, Jagielka and Mina have been patiently waiting for their chances and at least one of them will probably get an opportunity on Sunday.

“I have played with the other centre-halves a good number of times and they are all slightly different players. It takes a bit of time to get used to each other – and I feel we have now.

“I am sure they will be raring to go and, hopefully, we can do the fans proud and get a win.”

Everton claimed four points from their matches with Cardiff and Liverpool and were in control for prolonged spells at Newcastle United last Saturday before losing late on.

“We felt we were cruising for an hour, they did not cause us many problems at all and we were playing really good football,” added Keane.

“We were disappointed for all the fans who came to watch us.

“But I do feel we have turned a page in the past three games. We played really well at Cardiff and against a top side in Liverpool. And we did well until the final 20 minutes at Newcastle.

“You have to take positives from every game and learn from the mistakes you make. We have to look forward and always try to improve.”

Riding the crest of a wave after their superb victory over Bayern Munich, Liverpool have the perfect opportunity to edge back in front in a titanic Premier League title race at struggling Fulham on Sunday.

With leaders Manchester City continuing their audacious pursuit of a quadruple the previous day in the FA Cup quarterfinal, Liverpool have the chance to sneak two points clear of Pep Guardiola’s side with victory at Craven Cottage.

While City would then have a game in hand, points in the bag at this stage of a title run-in, especially with big Champions League clashes looming on the horizon, can be a huge advantage.

Liverpool boss Jurgen Klopp said before Wednesday’s Champions League last-16 clash in Munich that victory could “change the world” for his team – rather than hinder their domestic title bid.

And the way they controlled the Bundesliga giants for a 3-1 victory will give them a massive surge of confidence.

“It is a fantastic sign that we again set a mark for Liverpool FC, for this wonderful club, that we really are back on the landscape on international, top-class football,” Klopp said.

The only slight concern was an ankle injury sustained by skipper Jordan Henderson that means the midfielder will miss the trip to Craven Cottage.

Yet even without him, it is hard to see a relegation-bound Fulham side beaten in nine of their last 10 Premier League matches causing too many problems.

In the two games they have played under caretaker boss Scott Parker, their third manager of the season, they showed signs of life in defeats by Chelsea and Leicester City.

They are, however, 13 points away from the Premier League safety zone with eight games left and along with bottom club Huddersfield Town who travel to West Ham United today, are now simply playing for pride.

That leaves one from Cardiff City, Burnley, Southampton, Brighton and Hove Albion, Crystal Palace and Newcastle United to join them through the relegation trap door.

Of those only Burnley and Newcastle are in action this weekend with Burnley, one place and two points above the bottom three, at home to mid-table Leicester City.

After going eight league matches without defeat, Burnley have lost three in a row and can ill-afford a slip-up at home.

When Newcastle United trailed 2-0 against Everton last week they looked like being sucked deep into the relegation mire, but a remarkable turnaround saw them claim a 3-2 win that kept them six points clear of 18th-placed Cardiff.

Rafa Benitez’s side goes to Bournemouth today knowing victory will put them within sight of safety.