One of the leading opposition political parties in Enugu State, the United Progressive Party (UPP), has joined the league of 70 other political parties and groups in congratulating Governor Ifeanyi Ugwuanyi on his reelection as the governor of the state.

In a congratulatory message signed on behalf of the UPP by its State Chairman, Ken Onyekaonwu, which was presented to Governor Ugwuanyi when members of the state and national leadership paid him a courtesy visit at the Government House, Enugu, the party told the governor that “your reelection was well deserved having spent the last four years of your life labouring hard to move Enugu State to an enviable height.”

Acknowledging that Governor Ugwuanyi “toured the length and breadth of the state campaigning”, the UPP pointed out that “it is obvious that if indeed you have failed the people of Enugu State, they would certainly not have renewed your mandate as their governor,” stressing that “this however, well explains why your victory at the polls could be described as well deserved.”

In a related development, the people of Nsukka Local Government Area leveraging on the euphoria of being the local government area in Enugu State that delivered the highest number of votes to GovernorUgwuanyi in the just concluded election were also at the Government House, Enugu to congratulate him.

Led by the council chairman, Hon. Patrick Omeje, the people of the area who came in their numbers, thanked God for the governor’s resounding victory at the polls, stating that it did not come to them as a surprise.

Omeje attributed the governor’s landslide victory to his sterling leadership qualities and remarkable achievements that have positively touched the lives of the people.

His words: “Your Excellency, your victory is not surprising because you are a marketable product. Your enviable achievements in Enugu State in the past three and half years speak volumes and cut across all segments of the society. Even before the election was conducted, people had concluded that you have already won; that you have no opposition as far as Enugu State was concerned”.

In his remarks, the Commissioner for Housing and Director-General, Gov. Ugwuanyi Campaign Organisation, Nsukka L.G.A, Mr. Peter Okonkwo, maintained that the governor’s overwhelming victory at the polls was “a testimony to the selfless service of staying late here for almost four years to address issues concerning the state. “Your overwhelming victory has vindicated that sacrifice.”

Justifying Ugwuanyi’s victory,  he said: “Your Excellency,  your victory, overwhelming in nature, is a testimony to what you did in Amurri in Nkanuland; what you did from Opi junction to Ime Nsukka; what you did to Oji River linking Anambra State. I am talking of areas which hitherto never experienced any form of infrastructure. Your overwhelming victory vindicated it. 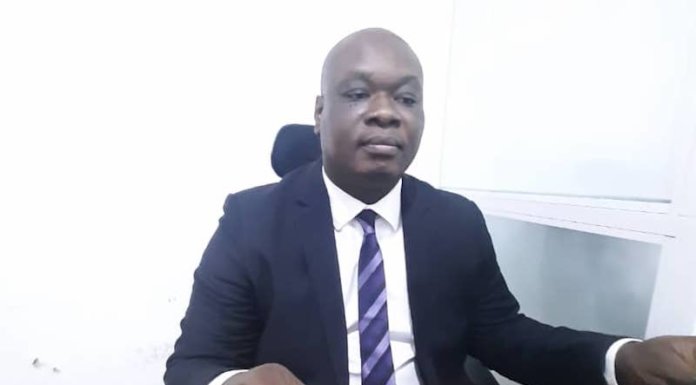