The Kaduna State Government has condemned the killing of nine people by suspected fulani herdsmen in Nandu Gbok village in Sanga Local Government Area of the state.

Sources in the community however said 10 people were killed in the attack which occurred at about 4:00am on Saturday.

The state governor, Mallam Nasir el-Rufai, in a statement through Samuel Aruwan, his spokesman, commiserated with the survivors and the families of the victims of the incident after being briefed by the security agencies.

“The Kaduna State Government has been briefed by the security agencies on the killing of nine persons by criminal elements who attacked Nandu village in Sanga LGA in the early hours of today.

“The security agencies have so far recovered nine corpses, including children. The attackers also burnt several houses in the village.

“The government condemns this attack on the lives and security of citizens and appeals to our communities to resist those who do not want peace.

“The governor, on behalf of the government and people of Kaduna State, commiserates with the families of the victims and prays for the repose of their souls” the statement said.

The statement maintained that: “In this moment of grief, we must come together to defeat the machinations of those who have no notion of respect for the lives of others.

Violence has left an unacceptable toll of death and injury, loss of livelihoods, pain and fear. We must overcome this by respecting our common humanity, settling differences peacefully and promptly reporting threats and suspicions to the appropriate authorities. Evil will never triumph over our common humanity.

“Security agencies have been deployed in the area and the State Emergency Management Agency (SEMA) has been directed to immediately provide relief materials to the affected community.” 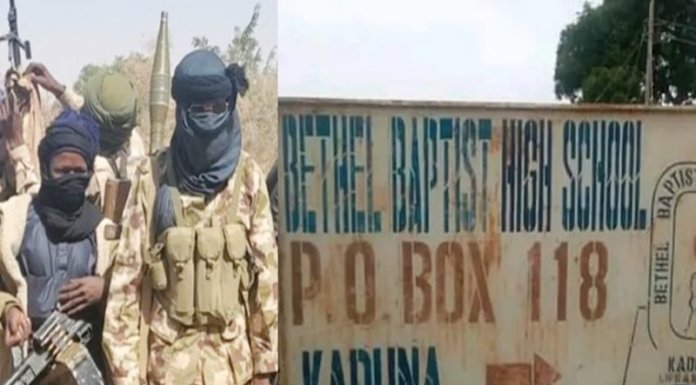