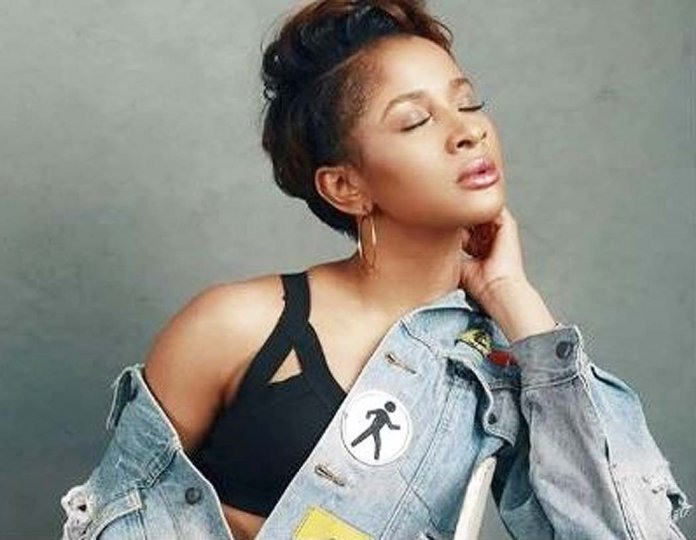 Nollywood actress, Adesua Etomi-Wellington recently revealed what she does anytime she’s about to “give up”. In her Instagram page, she wrote: “I read about the most inspirational human beings and my faith in humanity is restored. There is hope.”

Etomi has always had a passion for acting right from childhood. At the age of seven, she became a member of the drama club at Corona School, Victoria Island. She moved to the UK when she was 13 years old. She obtained a diploma in music theatre, physical theatre and performing arts from The City College in Coventry, the United Kingdom. She also graduated with a First-class honour in drama and performance at from the University of Wolverhampton in 2009.

Adesua was recently featured featured on Vogue’s list of 14 global superstars.  She was on the cover of the Magazine with three other stars.