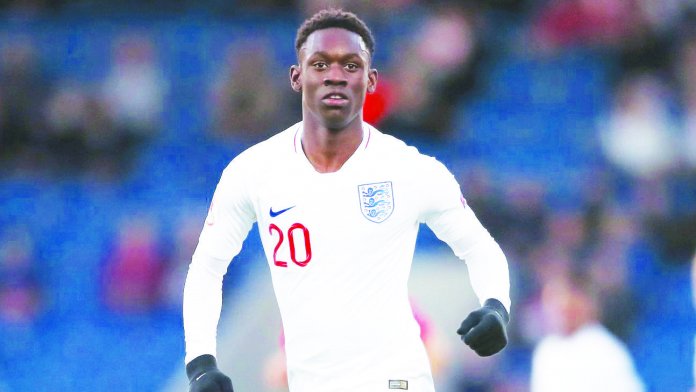 Prolific Arsenal youth-team striker Folarin Balogun is faced with a difficult decision over the national team to commit his international future to as he’s eligible to represent countries from three different continents.

According to Arsenal youth-team guru, Jeorge Bird citing the latest Gunners matchday programme, Balogun is yet to decide where his international future lies despite his call-up to England’s U-18 squad for games in March.

The United States Soccer Federation also have their eyes on Balogun and previously invited him to their U-18 team, for whom he has scored two goals in four appearances, all of which came in friendly matches in August 2018.

The 17-year-old is eligible for Nigeria-based on the granny rule but that has not been exploited by the Nigeria Football Federation as the player has never received an official invitation to their youth teams.

Balogun has been in brilliant form for Arsenal’s youth teams this season, notching 21 goals across all competitions.

In the eyes of FIFA, Balogun is originally an American citizen as the teenager was born in New York, however, he is provisionally cap-tied to England, having represented the country at the 2018 European U-17.