Facebook’s Head of Global Affairs, Nick Clegg, has warned that the company’s business model could come under threat by the proposed EU regulations. This is just as its Vice President in charge of Europe, Middle East and Africa (EMEA), Nicola Mendelsohn opened up on how the social media giant is tackling recent security issues.

Former UK Deputy Prime Minister, Clegg, who joined Facebook in 2018, told senior EU officials that the company’s dealings with online advertisers was at risk because of proposed privacy laws designed to protect users.

The laws would require Facebook to get consent from account holders before accessing and using their personal information, data which is used by the company’s online advertising customers.

Clegg’s comments come after what Mendelsohn described as a “hard” year for the company during an interview with Mobile World Live at the recent Mobile World Congress (MWC19) in Barcelona, Spain.

The company had in 2918, faced a period of intense scrutiny sparked by the Cambridge Analytica data breach scandal in March 2018. It also came under fire over its data collection and privacy practices in the UK and Germany and faced a data breach spat with the US Federal Trade Commission.

Mendelsohn, said Facebook is now a very different place as a result, both in terms of internal culture and “also in terms of where we are placing our money, if you want to look at what a company values, you look at where the money is being spent.

“Our money is being spent on safety, security and privacy.”
Some 30,000 employees are now focused on the “safety of business, safety of people and if there is any bad content, we make sure it is taken down,” Facebook said in a statement.
Facebook also introduced transparency around political adverts in a bid to maintain the integrity of elections and acts more swiftly to take down fake news, she explained.

Mendelsohn, however, conceded that with 2.7 billion people connected to its platform, it was representing the great, the good and the bad of humanity, and may never be able to entirely rid it of the latter.

Despite the perceived fear of the proposed EU regulation, Facebook CEO, Mark Zuckerberg, has laid out an ambitious plan to rebuild the social media network with a focus on privacy, as regulators in the US and Europe dig in to its data collection practices.

“I believe the future of communication will increasingly shift to private, encrypted services where people can be confident what they say to each other stays secure, and their messages and content won’t stick around forever. This is the future I hope we will help bring about,” Zuckerberg said.

In addition to previously announced plans to extend WhatsApp-style encryption to Messenger and Instagram, Zuckerberg outlined plans to add more avenues for private interactions with friends, groups and businesses.

He also said Facebook would explore a new model in which content would expire or be archived automatically after a set period of time, because “People want to be sure that what they share won’t come back to hurt them much later,” he wrote. 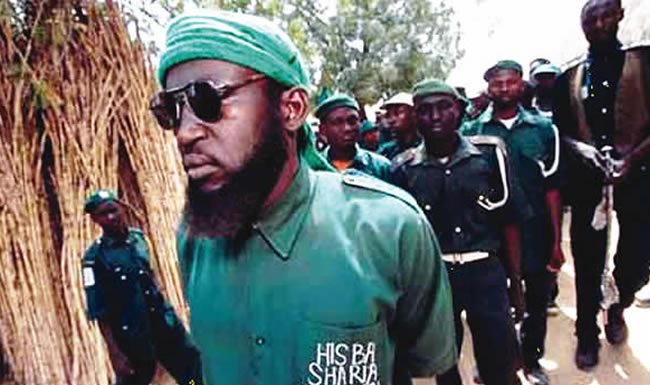 Hisbah Bars Radio Station from Use of ‘Black Friday’ in Kano