The Senate Wednesday commenced the debate of the N8.83 trillion 2019 Appropriation Bill with senators frowning upon the rising debt profile of the nation.

Nigeria’s rising annual debt profile took the front burner at plenary with the senators calling for caution on the part of the executive so as not to return the country to an highly indebted one it was before the 2005 debt relief granted it by the Paris Club.

Complaints over the rising debt profile came up during the debate on general principles of the N8.83 trillion 2019 budget.

First to raise the alarm was the Deputy Senate President, Senator Ike Ekweremadu (PDP Enugu West), who spoke after the Senate Leader, Senator Ahmed Lawan (APC Yobe North), had given the lead debate on the budget estimates for passage for second reading.

Ekweremadu had said though the budget proposals need to be given expeditious consideration and passage in view of enormous time already lost on the bill but was quick to add that its borrowing plans must be scrutinised to prevent the country from exceeding its limit when juxtaposed with the ratio of Gross Domestic Product ( GDP).

“Yes, money must be sought for by any government to fund infrastructure but it must not be solely anchored on borrowing which in the long run, will take the country back to a problem it had earlier solved. Besides, there are other creative ways of funding such highly needed infrastructure.”

Also contributing, Senator Dino Melaye (PDP Kogi West), while reeling out statistics to back the rising debts profile, emphasised that the debt profile of the country now is $60 billion from less than $20billion it was before the present government came on board in May 2015.

According to him, the components of the $60 billion debts profile include $23 billion as external debt, $20 billion as local debts, while $12 billion is already being proposed for financing of Port Harcourt to Maiduguri rail lines.

“Nigeria is gradually turning to a chartered borrowing nation under this government all in the name of funding infrastructure .This must be stopped because the future of the country and in particular, lives of generations yet unborn are being put in danger,” Melaye further said.

He added that even with the nation’s high level of indebtedness, the federal government was planning to further devalue the naira to about N500 to a US dollar and that the Nigeria Stock Market suffered a misfortune of N300 billion loss two weeks ago when President Muhammadu Buhari got re-elected.

“Inflation is on the rise, unemployment rate is increasing, assumptions made for the budget estimates as regards $60 oil price benchmark and 2.3 ?million barrels oil production level per day are unrealisable and unrealistic,” he added.

Other Senators like Shehu Sani (PRP Kaduna Central) and Albert Akpan Bassey ( PDP Akwa Ibom North East ) also called for caution on the part of the executive on the rising debt profile of the country.

However, some senators especially from the ruling APC disagreed with their counterparts over the rising debt profile of Nigeria.

Specifically Na’Allah said rather than saying Nigeria is over borrowing, the country is grossly under borrowing when the total amount borrowed is juxtaposed with her population and resources both human and capital.

Senator Mohammed Ali Ndume (APC Borno South), who moved motion for the budget to pass for second reading Wednesday in view of the enormous time already lost in its consideration, was however overruled by the Senate President Bukola Saraki who directed that the debate should continue and end next Tuesday.

Meanwhile, the Chairman of the Senate Committee on Local Contents, Senator Solomon Adeola (APC Lagos West), has called for the review of the Revenue Allocation Formula by the Revenue Mobilisation and Fiscal Commission as a way of effectively implementing the recommended N30,000 minimum wage by all tiers of government.

Adeola made this call Wednesday during a meeting of the Senate Ad Hoc Committee on Minimum Wage chaired by Senator Francis Alimikhena to consider the Minimum Wage Bill in supporting the recommended N30,000 contained in the National Minimum Wage Bill, the senator added however that the law when passed must be implemented by all the three tiers of government.

“I am in support of the recommended minimum wage as it will go a long way in cushioning the challenges being faced by workers. However, there must be no excuse for non implementation by any tier of government across the federation.

“It is in this wise that I call on the Revenue Mobilisation and Fiscal Commission to begin a process that will lead to the review of the Revenue Allocation Formula for all tiers of government to be able to pay the minimum wage when passed into law,” he said.

Adeola said he was in support of the sanctions contained in the bill for indolent workers, stressing that while supporting the minimum wage for workers and improved welfare packages, the civil service at all levels must be made to perform at its best as they are critical in the delivery of dividends of democracy to the people.

The Senate Ad Hoc Committee is expected to submit its report for the passage of the bill to the Senate at plenary next Tuesday. 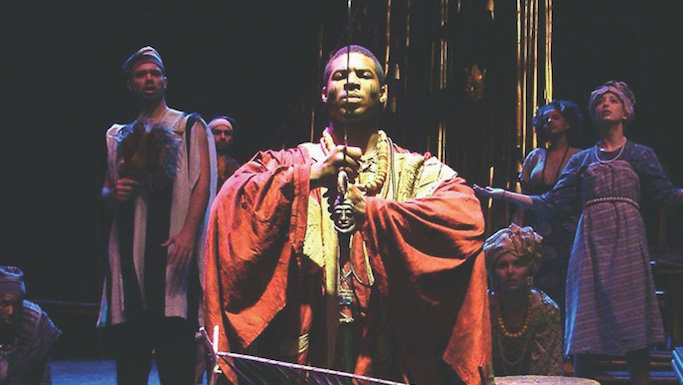