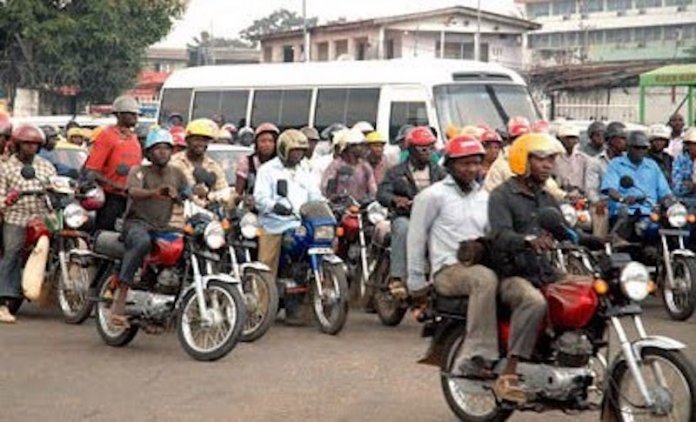 Governor Willie Obiano of Anambra State had in 2018 abolished the use of motorcycles in parts of the state, but to mitigate the suffering this would cause, he promised to distribute shuttle buses and tricycles. Has he kept his promise yet? David-Chyddy Eleke asks

In May last year, Governor Willie Obiano of Anambra State announced that from July 1, 2018, there would be total ban on the use of motorcycles, both for commercial and private purposes in parts of the state. The areas affected by the ban included Awka and all the surrounding towns in it; also Onitsha and all surrounding towns.

The announcement was criticised by many, who believed that it will bring untold hardship upon citizens of the state, but to cushion the effect of the hardship the ban will bring upon residents, Obiano announced that Anambra State government has set aside N765m for commercial motorcyclists, better known as Okada riders, in the state to enable them purchase shuttle buses.

The governor said the funds would be accessed through the Anambra State Small Business Agency (ASBA). He said existing commercial motorcyclists will take delivery of the buses once they deposit N100,000 with ASBA, and an undertaking to make payments every two weeks. Anambra State Commissioner for Information and Public Enlightenment, Mr. Don Adinuba, who disclosed this in a press statement, said the interest-free loan can be repaid within a year and a half.

Obiano had earlier given reasons for the ban to include his decision to economically empower the operators and quicken the process of turning the state into a modern place like Dubai.

Adinuba who also expatiated on it said, “A situation where some members of the public have been made to believe that they cannot rise beyond the level of Okada riders is unfair and offends good conscience. Governor Obiano wants commercial motorcyclists to get to the next level by becoming bus owners. Bus ownership will generate far more revenues for the present Okada riders because whereas a motorcyclist is not allowed to have more than one passenger at a time, a shuttle bus can carry as much as seven passengers.”

Other reasons adduced for the ban on the operations of Okada riders include; rise in Okada related accidents and rise in activities of criminal elements, believed to be operating with motorcycles.

Adunuba said, “Up to 70 per cent of accident cases in Orthopedic and other hospitals in Anambra State and beyond involve commercial motorcycle crashes, and it is not right for any government which cares for the welfare and future of its citizens not to do anything about this phenomenon considering that the safety of every individual is the primary constitutional responsibility of the state. Many robberies and other violent crimes throughout Nigeria have been traced to people using commercial motorcycles. We do not want anything which can compromise our hard earned reputation as Nigeria’s safest state.”

Some groups who had protested that over 30,000 people may lose their means of livelihood as a result of the ban, had been pacified by the promise of the state governor.

In what was seen as a move to keep to his words, Obiano had shortly before the date of the enforcement of the ban traveled to the United States of America, and many believed that upon his return, or shortly after, some shuttle buses would be delivered to him, for onward transmission to displaced Okada riders for usage, to ease movement in the state.

Close to one year after the ban, most Anambra residents have continued to wonder what is stopping the governor from fulfilling his promise, just as displaced okada riders are languishing in hunger,  reason why so many others have left the state for other places that hold prospects  for them, while others who sold out their motorcycles in the home of receiving tricycles or shuttle buses soon have remained trapped.

Beyond this, transportation in parts of the state where the motorcycles were has also posed a greater challenge to residents of the affected areas as the few available tricycles and shuttle buses only ply designated routes. THISDAY spoke to keke riders, who also affirmed that they were still waiting for Obiano to fulfill his promise of providing the shuttle buses to them.

A keke rider, Mr Fidelis Ngwu, who hails from Enugu State told our correspondent that, “I was among the first people that went to register at ASBA for the shuttle buses, but when they told me to provide N100,000, I could not. Not as if I cannot look for somewhere to borrow, but we went to the place and did not see any buses or keke, and I am sure if I had paid, the bus would still not have been delivered to me until now.

“This keke I am using now is better for me, instead of staying idle. The keke was given to me at N700,000. The real cost is about N450,000 or so, but we even heard that the shuttle buses that government wants to give to us will be above N1million. So instead of them to buy and sell to us at a lower rate, they want to make gain from it. Shuttle buses in Awka here is not up to N1million, so why will government sell to us at such a high price,” he queried.

When THISDAY spoke to the leader of tricycle operators at Aroma Junction who refused to disclose his name for fear of victimisation, he said, “That promise the governor gave to us was deceit. As I speak to you this moment, not even one person has been given a keke or shuttle bus by the governor, except if it will still happen. We are not even hoping on them, we are doing our hustle by ourselves. Let them only help us by curtailing the tax they collect from us. As for the promise of shuttle buses, we have already forgotten it.”

Our correspondent gathered from tricycles and shuttle bus drivers in Awka that they spend  between N450 and N600 on different levies per day. In Onitsha, the story is different as the operators cry of high tax, saying that beyond the tickets and levies they have to contain with daily, they were subjected to all manner of extortion by indigenes of the town who send jobless youths after them for settlement before they can carry passengers at designated bus stops.

Chukwuka Umeozor, a 24-year-old school leaver who supports his parents with monies made from driving a shuttle bus said, “Why do you think I told you to move down a little before I can carry you? Every bus stop in this town(Onitsha) is owned by one big man or the other, who hires thugs to stand there and collect returns for ever passenger picked in the bus stop. We are suffering in this job, but we have no option than this.”

He told our correspondent of the beating and fight they usually receive or engage in everyday with the thugs hired by the pit(bus stop) owners. “In this our line, you must be tough and ready to fight. If not, after collecting your money, those boys will even beat you up. But there is a way they will look at you, and they will know they cannot cheat you anyhow, and they will leave you.”

Asked to react to the promise of shuttle buses promised them by the governor, Umeazor said that within three months of the ban on Okada, he suffered greatly because his uncle had gone to Awka to register with ASBA for a shuttle bus for him, but close to a year after, the governor seems to have forgotten his promise to the people.

Attempts to reach the duo of the Commissioner for Transport, Hon Uchenna Okafor and the Managing Director of ASBA, Dr Clement Chukwuka failed. Several calls and text message to Okafor, who is most popularly called Wiper yielded no fruit, but Chukwuka who was reached declined comments on the failure of his agency to provide alternative source of transportation to Anambra people as the governor had already said that millions had been mapped out to the agency for the job.

Chukwuka who spoke with our correspondent on phone said he does not speak to people he does not know. Attempt to schedule an appointment with him was also not possible as he declined to speak further, despite being told the reason for the call.

But a staff of the agency who refused to disclose his name said, “Maybe you should go and talk to the governor and his people. If they had given us over N700million as they said, maybe something would have been done, let it be that we did not finish supply or disbursement, but in this case, I am afraid there is nothing here to disburse, and am not sure my boss knows nothing of any such money.”