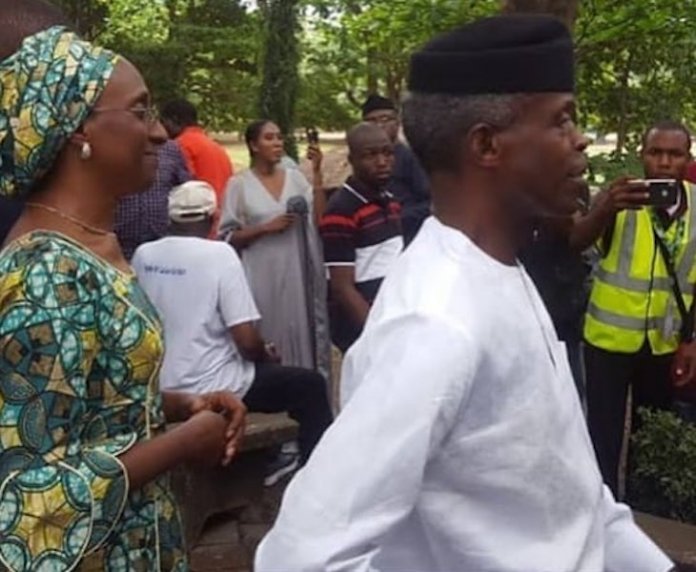 Also, the same situation was observed at the Femi Okunnu Polling Unit, Ward 9, where the governorship candidate of the All Progressives Congress (APC), Mr Babajide Sanwo-Olu, was scheduled to vote.

A correspondent of the News Agency of Nigeria (NAN) who monitored the situation at the polling unit of Vice –President Osinbajo’s observed that the ad-hoc officials of the Independent National Electoral Commission (INEC) were yet to arrive there by 9.05 a.m.

However, the residents of VGC led by their Chairman, Mr Adetokunbo Ladega, were seen making arrangements toward registering the few voters who had turned out to exercise their civic responsibilities.

NAN reports that voting did not start at the same polling unit during the Feb. 23 Presidential and National Assembly Elections until about 9.45a.m.

Meanwhile, at Ward E, Eti-Osa Local Government Area, INEC ad-hoc staff and electoral materials were already on ground in most of the polling units at about 8.05a.m.

Also, some voters who turned out for the election were seen waiting for voting and accreditation to begin. (NAN)