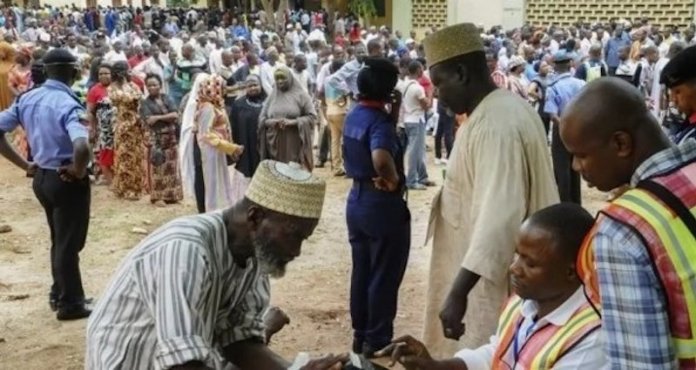 Voting into the Governorship and State House of Assembly elections has already commenced in Maiduguri, Borno State, and some parts of Southern Kaduna State.

In Maiduguri, polling booth opened at about 8: 00 am; in most polling units visited amid tight security.

At Bulama Yusuf I and II polling units in Bolori area of Maiduguri, election workers arrived the centres as early as 7: 00 am and commenced the exercise at 8: 00 am.

The situation was the same in several polling units visited at Gwange, GRA Gomori areas of Maiduguri.

Also, security agencies were at their duty posts while voters conducted themselves peacefully while the exercise progresses. (NAN)