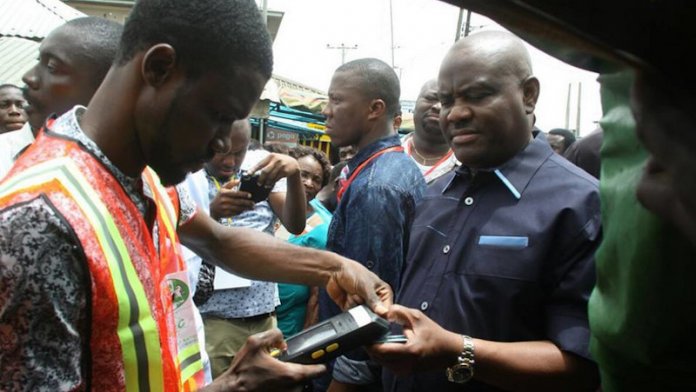 No fewer than seven people were feared killed in Rivers State Saturday as low voter turnout marred elections in the state.

This is as Governor Nyesom Wike said he was sure of victory at the polls despite attempts to manipulate the elections.

One Michael Abedinigo, who hails from Upatabo community, was killed in Akinima, Ahoada West Local Government Area of the state.

He was said to have been shot by thugs while resisting attempts to snatch electoral materials.

In Luawii, Khana Local Government Area, four persons were killed in the early hours of Saturday. However, sources said the victims lost their lives in an inter-cult rivalry.

Also, the Special Adviser to Governor Wike on Gender Matters and former Chairman of Andoni Local Government Council, Mrs. Emilia Nte, was feared dead when she was shot at and abducted from her home town, Unyeada, on Friday night.

A riot police officer attached to Ward 6 at Unyeada in Andoni LGA was also shot on Friday night. He was said to have been rushed to an undisclosed clinic in Bori where he later died.

The state Police Public Relations Officer (PPRO), Nnamdi Omoni, however only confirmed the death of Abedinigo in Akinima.

Omoni told THISDAY: “I can only confirm the death at Akanima this morning, even though I am yet to get the details of the death.”

On the other deaths, he said he was yet to be briefed and would confirm if he gets such reports.

But despite the casualties, elections in the state was relatively peaceful compared to the violence that characterised the state during the Presidential and National Assembly elections.

Elections in Abonnema in Akuku-Toru Local Government Area as well as in Bonny and Okrika areas where large scale violence led to the suspension of elections during the Presidential and National Assembly election held peacefully.

However, there were reports of ballot box snatching by politicians aided by armed men in military uniform.

Indeed at Elele in Ikwerre Local Government Area, one politician was said to be going round the polling units with two Hilux vans and military men disrupting elections.

At Omerita Unit 3, Ward 5, Elele, military men in two Hilux vans were about carting away materials at about 1pm when they sighted journalists approaching. They quickly entered their vehicles and fled.

At Ward 5 Okomoko in Etche Local Government Area, a former member of House of Representatives and chieftain of the APC, Ogbonna Nwuke, was accused of carting away materials with the aid of armed men in military uniform.

But when contacted for his reaction, Nwuke said: “It is not true. Rather, there were disagreements in Ward 6 in Etche Local Government Area by youths from both sides who were in the mood to hijack election materials.

“I am aware the soldiers came to reduce the tension. But the issue is that at a time like this, many people choose to put blame on security agents who are there to maintain law and order.”

Meanwhile, Governor Wike has said he is sure of victory despite the attempts to manipulate the election in some local government areas.

Addressing journalists shortly after voting with his wife, Suzzette, at Unit 7, Ward 9, Rumueprikom in Obio/Akpor Local Government Area, Wike declared that he was confident of victory.

Commenting on the irregularities, Wike said: “We are hoping that it will continue to be like this. Sometimes, the voting goes on smoothly, but the main thing is at the collation centres.

“For now, we are satisfied and confident that we will win this election very well. We are not afraid. We don’t know how many local government areas they can manipulate.

“But with reports we are getting, even though they are trying to be funny, we shall win.”

The governor noted that the turnout during the election was affected by the illegal activities of the military.

“The way the military acted discouraged people from turning up. The role of the military is to provide security. But it is unfortunate that they directly participate. Police have no role in the elections. The military appears to have taken over police duties.”