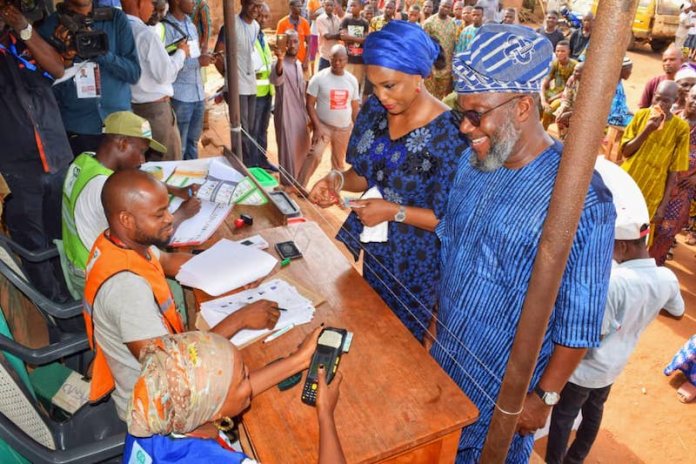 Mr Abdulkadir Akinlade, the Allied Peoples’ Movement (APM) governorship candidate in Ogun, has accused some security personnel of intimidating voters in some parts of the state.

Akinlade made the accusation while speaking with newsmen shortly after casting his vote at Ward 3 Unit 22, Agosasa, in Ipokia Local Council Area at 9:57 a.m.

The News Agency of Nigeria (NAN) reports that Akinlade voted in company with his wife, Chinenye.

He alleged that soldiers not deployed for election duty in the area were intimidating voters and making them not to freely exercise their franchise.

“Soldiers who are not deployed to this place are going about intimidating voters, I have reported the matter officially, I have been assured that something will be done.

“This is scary to our democracy, we should be concerned, imagine that what we are witnessing here is happening in the other 19 local governments,” he said.

The APM candidate, however, commended the Independent National Electoral Commission for the early commencement of the polls in the area.(NAN)

editor - December 2, 2020 11:36 pm
24
By Olusegun Adeniyi There is no worse position for a leader than when ardent supporters and implacable opponents sing from the same hymn book. That...