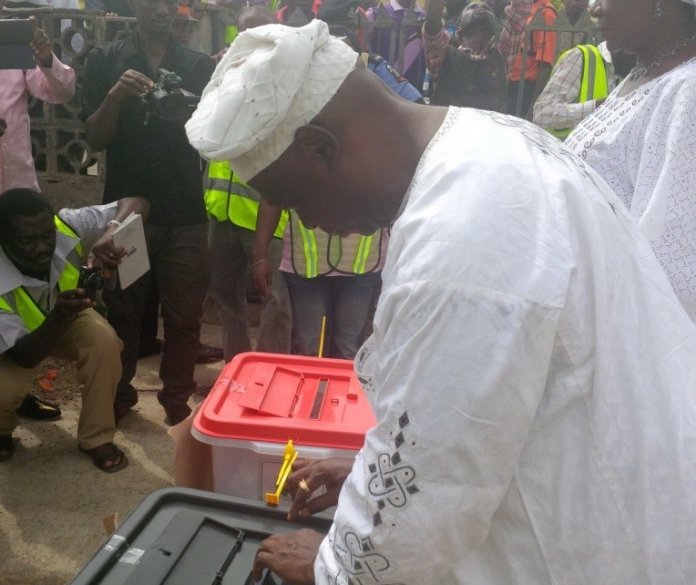 Former governor of Oyo state and leader of the coalition against the ruling APC, Senator Rasheed Ladoja, has won his unit for the Peoples Democratic Party (PDP). The gubernatorial result showed PDP garnering 180 to APC’s 34, in ward, unit 13 of Ibadan North local government.

Also, Chief Sharafadeen Alli, who was the gubernatorial candidate of the Zenith Labour Party (ZLP), but stepped down for the governorship candidate of the PDP, Mr. Seyi Makinde, delivered his polling unit.