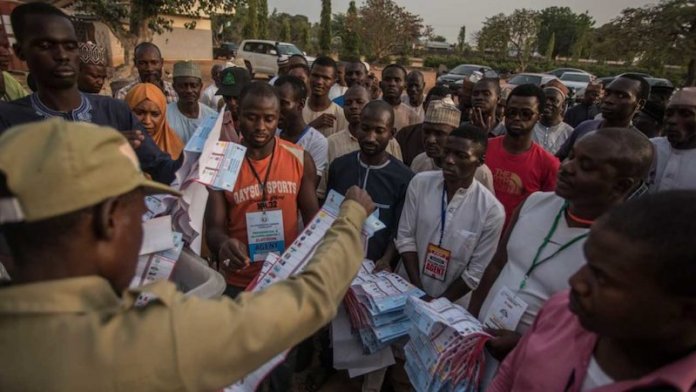 The sorting and counting of votes have began in some polling units in Karimo, a suburb of Federal Capital Territory (FCT) after the completion of voting.

Mr Emmanuel Jocob, the agent of the People Democratic Party (PDP) expressed satisfaction with the conduct of the election in the unit.

According to him, the INEC officials did well, adding that the process was peaceful and orderly.

“Some residents are not voting because they said it is not there states of origin.

“That is why the turnout is very very poor,” he said.

Also at polling unit 12 and 16 voting ended at 3:00pm, after which electoral officials immediately commenced sorting out unused ballot papers.

Party agents and observers were directed to standby as sorting and counting of votes begun. (NAN)