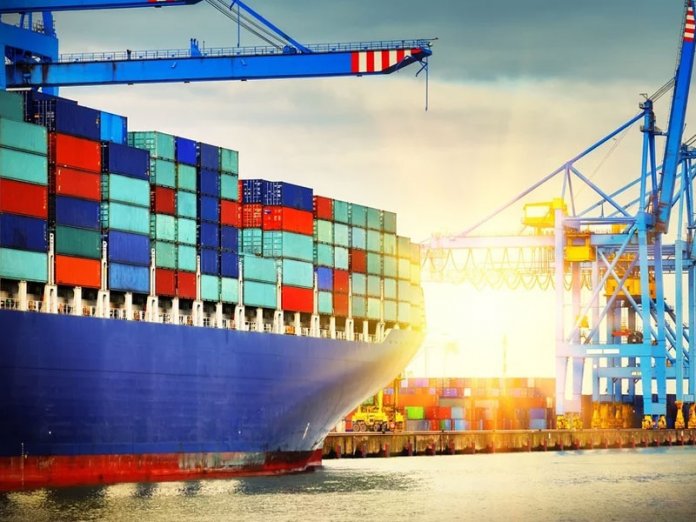 Despite West Africa’s poor connection to the world through container liner shipping services over the years, Togo, a tiny West African country has overtaken Nigeria to become the first country to surpass the global average, a report by Netherland’s leading consulting firm, Dynamar has revealed.

Togo’s growth, according to Dynamar, was directly influenced by MSC and Lomé Container Terminal, evidencing the increased impact of carriers on local facilities.

“While Togo moved up, West Africa’s leading economic power Nigeria has moved down. Nigeria was the highest ranked West Africa country in 2015 but is now only fifth in terms of liner connectivity,” it stated.

It added, “Following two difficult years, West Africa returned to growth in 2017, continuing into 2018 in tandem with improving oil prices. However, with carriers falling over each other to fill capacity-requirements with ever larger ships, West Africa trades still struggle to recover. Only a quarter of the 24 carriers, which service West Africa saw the Annual Trade Capacity they generate grow since 2016.

“West African ports now have to adapt to handle this increase in vessel-size, or risk losing their relevance in the area. Already, over a dozen West African outlets can or will be able to accept vessels larger than 10,000 TEU. And yet Nigeria lags behind, peaking at ships of 4,600 TEU. As well as the liner trade structure, carriers involved annual trade capacity analyses and the supporting port and terminal developments.”

Dynamar, reported that Nigeria’s Apapa Port in Lagos (1 million TEUs) lost 30 per cent of its container traffic over five years due to chronic congestion and the poor quality of its services. Tema Port in Ghana with 0.95 million TEUs ranks 2nd, Nigeria is 3rd with 0.92 million TEUs, followed by Abidjan (0.66 million) TEUs 4th and Dakar (0.57 million) TEUs as 5th.

“In 2017, Nigerian seaports accumulated a total of 922,706 TEUs according to the statistics provided by the Nigerian Ports Authority (NPA). With a depth of 16.60 meters, the Port of Lomé is the only deep-water port on the West African coast that can accommodate modern ships; while Onne port remains Nigeria’s deepest with 13 meters draft.

“The population of Togo is barely 8 million with only 15 per cent of the cargoes patronizing the Port of Lome destined for Togo, while over 75 per cent is destined for the Nigerian market. Togo’s Port of Lome also services landlocked countries and it has also evolved as an important port with a free trade zone opened in 1968. It exports phosphates, coffee, cocoa, cotton and palm oil, much of the transit going to the neighbouring countries of Ghana, Mali, Niger and Burkina Faso. The port also holds an oil refinery,”it stated.

Maritime expert and Chief Operating Officer, Ecomarine Terminals Limited, Mr. Adedayo Balogun, said Nigeria has been doing nothing to show that it intends to be the hub of maritime activities in the region.

He stressed that the nation’s port sector agencies were unwilling to take critical decisions to transform the fortunes of the nation’s ports while Port of Lome, Tema Port in Ghana, as well as others in Benin and Senegal have been more strategic in developing their seaports for not just their economies but to also service landlocked countries.

Balogun said: “Today, the port of Douala is servicing the North Eastern part of Nigeria, which is supposed to be a captive market for Nigeria, if Calabar port was well developed.

“No container line calls at Calabar Port in spite of its captive market, availability of opportunities, proximity, inherent benefits and advantages that Calabar Port enjoys.”

According to the Ecomarine boss, no Nigerian seaport can be classified as a hub port in the region as he stated that such status was occupied by the Ports in Togo, Ghana and Cameroon.