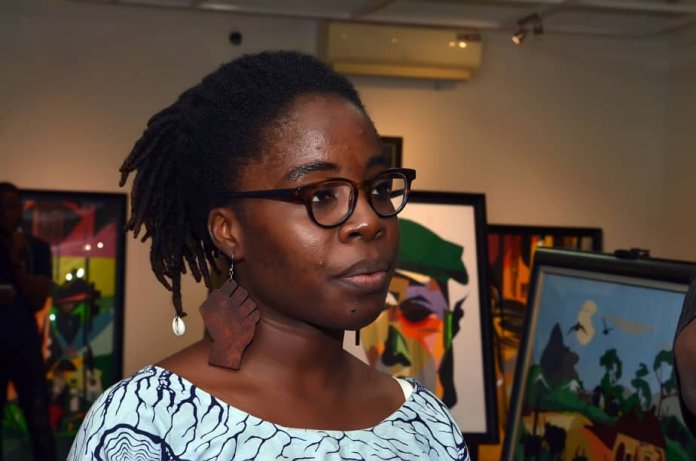 The search for young and promising art curators in Nigeria wound up at Freedom Park,Lagos Island where Kennii Ekundayo, an independent curator had a chance meeting withYinka Olatunbosun.

It was mutual greetings first and then curiosity inspired more questions. It became necessary to sit down so we both headed towards the elevator. As the doors pulled apart, we found our way into the administrative office at the Kongi building inside Freedom Park, a cultural hub. There are just a handful of young curators with vision and a sense of purpose. Ekundayo is one of them. She usually carries two bags, full of books to satisfy her voracious appetite for reading but last Monday was an exception. The bi-lingual curator has two years of curatorial experience derived from a lifetime of art experience. Born in Lagos, her family relocated to Jos when she was only six years old. Weaned on newspapers, she was a literary wizkid at school.

“I was writing in secondary school and I wrote so much and during the assembly period in the morning, some of my writings were selected for students to read aloud. These could be stories or poems,” she began.

Raised by a single parent, she quickly assumed responsibility for herself at a young age, sponsoring herself through the university years. At the Obafemi Awolowo University, Ile-Ife where she studied Foreign Languages with a major in French, she survived on stipends earned through ghost-writing and writing reviews.

“I was writing to survive. I was a research assistant to Prof. Ogunbamero and I got paid. I shuttled between Lagos and Ife. I helped friends in reviewing their works,” the bespectacled curator recounted.

Part of her artistic experience has roots in Jos, a place known for vibrant cultural life.

“The kind of art I was exposed to in Jos was the traditional form such as dance, cultural displays and festivals. Jos is a place with diverse ethnic groups such as Angas and Berom and there are several languages and cultural expressions. I had friends and neighbours and school mates who belonged to certain cultural groups,” she recalled.

As a curator with eye on contemporary visual arts, her interests are not limited to paintings or sculptures. She curates music and indeed her mental catalogue of indigenous Nigerian music predates her years. Now in her early twenties, she belongs to a generation where most music fans are more familiar with afro-pop than highlife or apala , not to mention Sakara music.

“I have studied about the likes of Cardinal Jim Rex Lawson, Igbo Highlife Crooners such as Dr Sir Warrior of the Oriental Brothers, Emperor Teddy Obinna, Chief Oliver De Coque; Yusuf Olatunji, Tunde Nightingale, Ganiyu Kale and if we look at the Hausa region, BalaMiller, Dan Maraya Jos. I have to go to my phone for the rest,” she said to an already impressed reporter-guest who fought hard to keep the jaws from dropping. Ekundayo hashands-on experience in music having work as a personal assistant to Ade Bantu, managing the activities of the band including concerts.

Delving deeper into other aspects of art has equipped her with an open-minded approach to curating art. She buys a lot of books on art history and philosophy, languages and language application, humanities, sociology and sometimes, gets such books as gifts.

Asides reading, interacting with artists and curators such as Jahman Anikulapo, Tam Fioforiand the likes have contributed greatly to her knowledge base. For her, finding an artist to work with is dependent on aptitude as well as attitude.

“Even if we are not friends at the end of the day, we should have some kind of cordiality that will make us work together,” she said.

Meanwhile, art education, which targets young school children is an essential part of her programmes to nurture those with potentials in arts and build interest in those who may later become art collectors. She also revealed the big show for April.

“Next month, we’ll be having an exhibition that will feature Dr. Bruce Onobrakpeya with focus on installation works achieved through the use of recycled materials,” she declared.

She has served as colloquium researcher and rapporteur for All Africa Music Awards (AFRIMA).

Beyond curating arts, Ekundayo loves cycling and actually bought her first bicycle from the artist-cyclist, Aguddah.

Our Husband Has Gone Mad Again returns to Stage

Ola Rotimi’s play, Our Husband Has Gone Mad Again returns to Terra Kulture, Victoria Island on March 10th and 17th. With two shows on each Sunday, the play is one of the theatre at Terra series that run throughout the year with support from the management of Terra Kulture.

Published in 1966, the play Our Husband Has Gone Mad Again is the story of a cocoa farmer, ex-military and businessman Lejoka-Brown who is portrayed as a self-centred, opportunistic leader who could make better contributions to his country outside of the political arena. The play is a comic swipe at ideological misfits in contemporary Africa.

Lejoka-Brown’s motives are vain rather than patriotic. His predicament is complicated by the unexpected arrival of his American wife who finally discovers that her Nigerian husband already has two wives and a baggage of political woes.

Goethe Institute Nigeria in partnership with the Centre for Art and Urbanistics (ZK/U) in Berlin, the cultural office of local government Berlin Mitte, Savvy Contemporary ArtspaceBerlin and the ArtHouse Foundation in Lagos is calling for artists and curators in Lagos and Berlin for a residency programme.

Since 2015, the residency has helped to strengthen the dialogue between Germany and Nigeria. Not just an exchange programme, it opens doors of opportunities for mentoring, making contacts and work presentation.

Folakunle Oshun was the first artist and curator from Lagos to participate in this project in 2015. He supported Nigerian artist, Emeka Ogboh at working on his solo exhibition titled, “No food for the lazy man.”

The following year, the performance and multi-media artist, Tito Aderemi-Ibitola presented her projects that centred on issues of female identity, gender roles and racism.

With ArtHouse aboard this project, the residency is now a two-way project. For the first time, two artists/curators living and working in Berlin will come to Lagos for a six-week stay each in Nigeria.  At the same time, one Nigerian artist/curator will start a three-month residency in Berlin.

The residency targets artists and curators who have a broad range of projects as well as some years of exhibition experience and is open till March 15. 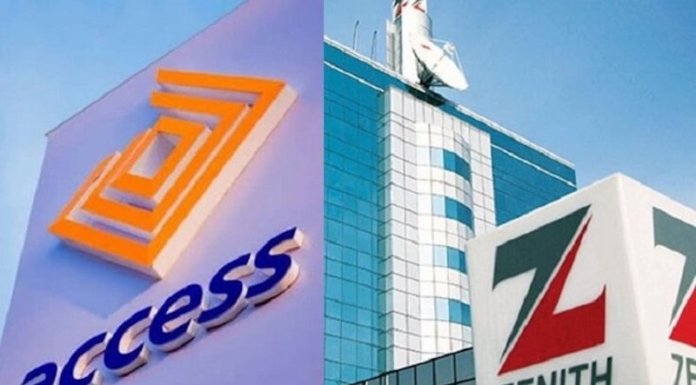