Barely a week after President Muhammadu Buhari said his next tenure would be tough, the president yesterday toned down his language, saying his next four years would rather be peaceful and prosperous.

Buhari, who made this promise while hosting leaders of the organised labour in the State House, Abuja, added that his next tenure of four-year would also be corruption free.

The president also said the next administration would remain focused on his campaign promises to fight corruption, grow economy and fight insecurity.

He said he looked forward to receiving proposals from the labour leaders on how they could jointly build synergy that would assist in achieving the common goals of the federal government.

Buhari said: “By the grace of God, majority of Nigerians have given me another four years of continuity. We will remain focused on our promises, which remain security, economy and fighting corruption.

“I want to assure you that the next four years will be peaceful, prosperous and corruption free. I, therefore, look forward to receiving your proposals so that together, we can achieve these goals.”

Buhari also thanked the labour leaders for their support and cooperation towards the conduct of the presidential election, saying their cooperation helped many to exercise their civic rights.

He also thanked them for the roles they played in voter education and prayed for the conduct of violence-free governorship poll tomorrow.

The president, who said he understood the plights of the labour leaders and pointed out how they were under pressure to meet the expectations of their followers, said he looked forward to further engagements with them in the nearest future.

The president said: “We cannot succeed without your cooperation. I appreciate the pressure you are under from your respective constituencies, most especially if you have to submit yourself for elections.

“You have to prove to your members that you are with them rather than with the government and we understand.

“Let me start by thanking you for the support and patriotism that you have shown during the presidential elections.
“You and many Nigerians stepped in to help many Nigerians exercise their rights to vote. You intervened as patriots not for political, religious and tribal reasons. You stood in during a very difficult period for all of us.

“On behalf of all Nigerians who benefited from your kind support, I want to say thank you. As a result of what you did, many citizens were able to travel and vote.

“I am also aware that many of your members were very active in voters’ education and promotion of peaceful elections in your various communities. Thankfully, the presidential elections were conducted peacefully in most parts of the country.

“As we go to the polls this weekend, my prayer is that we also conduct elections in a non-violent manner.
“I very much look forward to your continued support and engagement to ensure creative ways. We cannot afford to go back to the days of violence,” he added.

PDP Still Has Questions to Answer on ‘Squandered Wealth’

Buhari also told the labour leaders that the PDP owes Nigerians explanations on how it expended the resources that accrued to the country from oil sales between 1999 and 2014.

He described the 16 years of rule of the PDP as an era of “unprecedented, irresponsible expenditure”.

According to the president, the PDP has not been able to successfully explain to Nigerians what they did with the funds during the period they led the nation “as no tangible infrastructure was built.”

Buhari said during the negotiations that led to the approval of the N30,000 minimum wage, he had to ask the Minister of Labour and Employment, Dr. Chris Ngige, to remind the workers what his administration met on ground and what it had been able to achieve with minimal resources.

“During your negotiation with the minister of labour and when he briefed us in council on N30,000 minimum wage, I gave an analogy of a mad woman, who went to fetch firewood but then she realised it was too heavy for her to carry, instead of reducing it, she added more,” he said.

According to the president, “we are struggling to survive as a nation. You (workers) knew what this country was earning between 2009 and 2015, you knew the state of infrastructure when we came in. God gave them (PDP) 16 years of unprecedented earnings. Multiply 2.1 million (barrels) by $100 by 16 years. I don’t think the PDP has been able to successfully explain to Nigerians what they did with that money.”

Buhari said the opposition party spent $16 billion on power and Nigerians are asking: “where is the power?”
“Oil production from 2.1 million barrels per day went down to half a million. The militants were unleashed on this administration, and yet as confirmed by your leader, we had to ensure pensioners who were dying collected their entitlements. So, really, there was terrible management of this country in last 16 years and we are just trying to make up.”

Buhari said he was looking forward to labour’s continued support.
“As we go to the polls this weekend, my prayer is that we also conduct elections in a non-violent manner,” he said.
Buhari said the government would remain focused on its promises, which remains security, economy and fighting corruption.

”I want to assure you that the next four years will be peaceful, prosperous and corruption free. I therefore look forward to receiving your proposals so that together we can achieve these goals,” he said.

The NLC president said one of the finest hours of labour with any president of the country was when Buhari pressed states to pay salaries and pension.

“We all remember the special bailout, Paris club refund and budget support package you introduced to support state governments during the recession. Your directive during this intervention was state governments must offset accumulated arrears of salaries and pension liabilities. I remember you publicly and openly asked state governors, “how do you manage to sleep at night when the salaries of workers in your state are not paid?

“For us, that was one of the finest moments we have had with any President in this country…I can stand here today and say your intervention was the difference between life and death for many workers.”

“These institutes are key pillars in labour-government relations. The activation of the boards will surely ensure our successes to date are taken to the Next Level. Please be rest assured we are ready to do our bit,” he said. 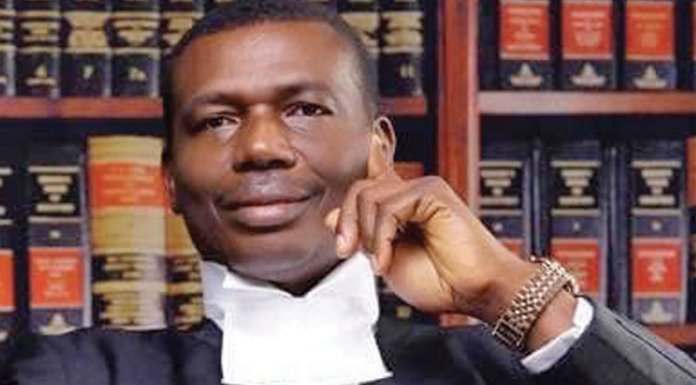