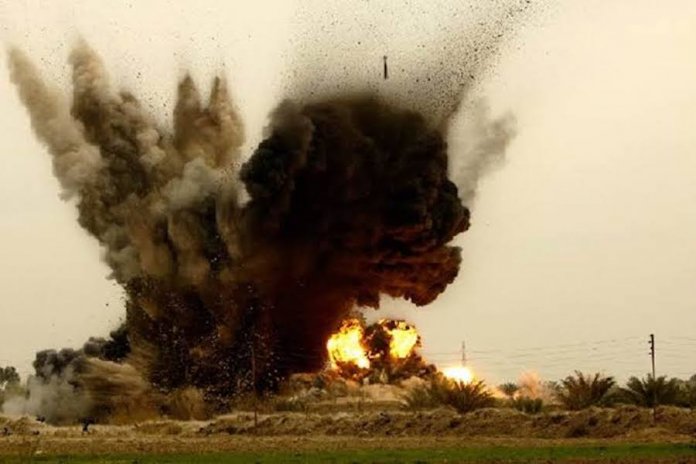 Five farmers were said to have been killed on Wednesday near Maiduguri when their vehicle hit a landmine planted near a road.

A member of the youth vigilante, who spoke to our correspondent anonymously, said the incident occurred at Addamari, about 20 kilometres from Maiduguri, the birthplace of Boko Haram.

He said: “A truck bringing farmers and their harvest of cucumbers from nearby irrigation fields exploded when it hit a mine just outside the town of Addamari, some 20 kilometres from Maiduguri.”

He said: “Five people were killed and 20 injured in the explosion,” claiming that: “The truck was returning from the fields outside the town around 12:40 pm when it hit the mine planted in the middle of the road.”

A resident of Addamari, Abba Yusuf, said the explosive might have been planted by terrorist group.

He lamented that some of them were assisted by the youth vigilance group to recover corpses of four killed in the incident and took 21 injured to the hospital where one other person later died.