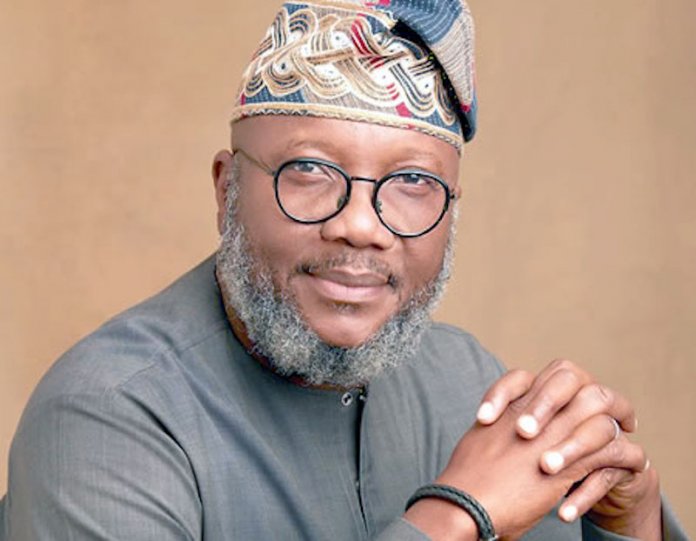 The last four months have been quite interesting in the politics of Ogun State. At least, two major reasons obviously depict the highly convoluted interest Ogun politics has generated between October 2018 and now. In the first instance, the governorship contest has attracted entrenched interests within and outside the state, thus stoking division in the All Progressives Congress (APC) and protracted litigation in the Peoples Democratic Party (PDP).

Besides, the contest has equally culminated in the emergence of Allied Peoples Movement (APM) in the political history of the state that has been alternating power between the progressives and conservatives since 1999. Before the APC concluded its primaries on October 2, 2018, the APM was a purely unknown political establshment, though crawled into national recognition due to the disagreement that ripped the APC leadership apart.

Even though it was a child of necessity introduced in the state’s political space, the APM has become a potent threat, not just to the PDP, but also to the ruling APC. Different reasons, indeed, account for the astronomical rise in the profile of the APM and statewide acceptability its leadership ascribed to it.

In reality, the reason for its sudden acceptance among the Ogun people might not be only connected to the profound support the APM is currently enjoying from the state’s incumbent governor, Senator Ibikunle Amosun and his political allies across all local government areas that constitute the Gateway State. However, it is undoubted that Amosun is a defining factor in the APM.

For the APM candidate, Hon. Adekunle Akinlade, it is not just about Amosun. Rather, he argued, the party’s unprecedented growth and statewide recognition stem from the people that voted in the APC primaries, but the National Working Committee (NWC) under the leadership of Comrade Adams Oshiomhole refused to honour their decision.

It is within this fulcrum that Akinlade acknowledged that the Ogun people “are, first and foremost, the reason for the APM’s rising political profile in Ogun State. It is not Amosun. Even, Amosun gets his confidence from the people.” He, also, acknowledged that it was not all about how brilliant he was and the financial resources he could muster for political mobilisation.

At a session he addressed recently, Akinlade put this in perspectives. He said it “is the people, who in truth feel our pains and share our vision to put our state on the map of the world that breathed life into the APM. These people voted during the primaries whose outcome the NWC rejected. And they saw that it was an injustice. People are telling us not to lose our sleep.

“These people are not asking for money or any inducement. Yet, they are supporting in all parts of the state. They are campaigning for us by the day. They clearly know our vision for the people; what we want to do in Ogun State; that we believe in our people and in turn people indeed believe in us. Actually, we are stronger than all the major parties in this statetoday.”

But the result of the last presidential and National Assembly elections did not really support the statewide acceptability Akinlade adduced to the APM. In the last senatorial contest, for instance, the APC won the three seats in the state. In the case of the House of Representatives, also, the APC won six seats out of nine in the state.

In its case, the APM only won one seat in the House of Representatives. But Akinlade argued that the last elections were not true test of the APM’s popularity in the state. In the week the presidential election was held, Akinlade claimed that the APM had “to sacrifice some of its candidates so that President Muhammadu Buhari would not lose in the state.”

The implication is that the APM lost some seats. But without the APM, Akinlade argued that the president “will not have won in Ogun State. At the expense of our candidates, we asked our people to vote for Buhari because we do not want the railway project to stop. Likewise, we do not want all the road projects, which the Buhari administration started, to stop. That actually affected our performance.”

Now, Akinlade said the battle “line is drawn. And the governorship and House of Assembly elections will measure the acceptability of the APM in Ogun State. Our platform – the APM – is not weak. Rather, it is very strong, stronger than major political parties in the state. Believe me! This is a political statement.”

Aside, he represents the interest of Ogun West, a senatorial district that has never produced a democratically elected governor in the history of the state. That sentiment is really working for him. But he is not the only candidate seeking to be governor in the district. Also, the candidate of African Development Congress (ADC), Mr. Gboyega Nasir Isiaka is from Ogun West. With Amosun’s backing, Akinlade seems popular support.

Beyond what happened in the last elections, Akinlade claimed that he had clearer vision “to take Ogun and its people to greater height.” A study of his campaign blueprint reveals clearly an article of continuity, which x-rays resolve to continue with Amosun’s programmes of actions and which other governorship candidates have not identified with.

In a somewhat persuasive context, Akinlade’s vision is a horde of fresh ideas, which in truth will distinguish his future government from the previous governments in the state. He wrapped this vision in five broad points ranging from rebuilding education system to developing strategic infrastructure, creating jobs, boosting internally generated revenue (IGR) and attracting foreign direct investments (FDIs).

Unequivocally, Akinlade cited the strategic importance of a robust education to the people of Ogun State. Two reasons informed Akinlade’s decision to make education the nucleus of his campaign blueprints for the state and its people. First, he ascribed it to teenage pregnancy, which he said, had been on the rise in its local government areas.

Second, he cited the challenge of unemployability among the fresh graduates. Contingent on these challenges, the APM candidate said education “is a priority to us. It is a priority because the growing trend of teenage pregnancy, now a major challenge in every part of the state. Besides, it is a priority due to the need to make our graduates and youths employable.”

Specifically, the APM candidate emphasised the need to partner industries and companies across the state “to improve the employability of the fresh graduates and a teeming population of our unemployed youths irrespective of their academic background and status. Without robust education, we will not be able to tackle poverty and unemployment effectively”

Apart from rebuilding education system, Akinlade pointed out the need to develop strategic infrastructure projects, which according to him, will impact directly on the lives of ordinary people – artisans, farmers, traders, among others. He admitted that the Amosun administration concentrated on the state capital and other major cities, which he equally justified.

He, thus, defined his objective of developing strategic infrastructure across the state, first to complement what Amosun started and second to meet the need of the people. He gave an example of such need. He said majority of Ogun people “are farmers living in different localities. It, thus, becomes important to build roads that will lead to farm settlements across the state.” He cited the example of border roads “linking Ogun State to other neighbouring states, especially Lagos and Oyo State.”

He recognised the burden the rising rate of unemployment placed on the state. In other states of the federation, he observed, this burden has exacerbated security challenges, forcing some youths into some heinous crimes and increasing the rate at which the youths are fleeing the country in search of greener pasture. At this instance, Akinlade promised to create at least, 25,000 jobs annually.

He mentioned two major sources through which he would create employment opportunities. He, first, cited the need to develop the capacity of farmers in Ogun West to boost crop production and food security. He, also, identified the centrality of aquaculture “to the people of Ogun East, especially those living in the riverine communities. We must invest in these two areas to create more jobs for our people.”

Aside, Akinlade underscored the significance of boosting the state’s internally generated revenue (IGR), which according to him, was at the centre of his vision for new Ogun. His first mission would be to raise the state’s IGR to N20 billion per month. For his critics, that might sound impossible. But he said he had devised two main strategies to realise this ambitious goal.

Specifically, Akinlade cited different statistics, which showed that Ogun State “has the highest number of industries in the country.” However, according to him, this has not transformed to wealth because majority of the people working in these industries do not reside in our state. And tax law requires that citizens must pay their taxes to the states where they are living and not where they are working.

Given realised this retrogressive trend, the APM candidate promised “to create an enabling environment, where companies can profitably operate and where their staff members will eventually choose to live. So, we will implement programmes and projects that can make Ogun State a choice state of residence, especially for the people working here, but are residing in Lagos.”

He disclosed his plan to leverage on the instrument of voluntary compliance to boost the state’s revenue profile. He said the policy was similar “to the Voluntary Assets and Income Declaration Scheme (VAID) introduced at the federal level when Mrs. Kemi Adeosun was the Minister of Finance. We will encourage it to enable us generate more IGR.”

He equally placed premium on attracting foreign direct investments (FDIs) as well as domestic investments to the state. He explained three major ways to make Ogun investment destination, not only in Nigeria, but also in Africa. First, Akinlade cited the need to improve the state’s security environment. Second, he revealed the plan to invest in strategic infrastructure projects that most investors require to function effectively. Third, he promised to improve the state’s easy of doing business raking.

With diverse political development in the state, Akinlade never disputed the challenges the contest had brought forth. Even though it would be more challenging than ever imagined, he claimed that his vision for the people “is clearer and will set him apart from other candidate.”