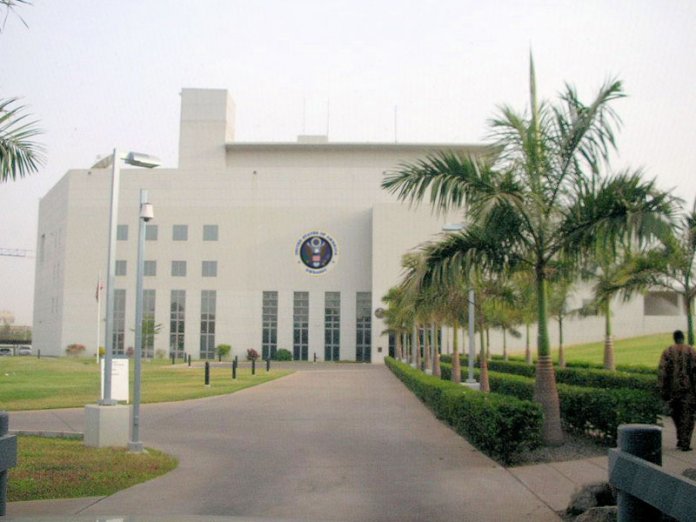 The United Kingdom has again warned that those who incite violence in Saturday’s governorship and state Houses of Assembly elections, even on social media, may face visa ban, and urged all the stakeholders to ensure that the remaining elections are peaceful and credible.

In a statement issued Wednesday by the British High Commission, the UK promised again to field observer teams across Nigeria in the elections as part of its efforts to support Nigeria’s democracy.

While urging Nigerians to come out and vote on Saturday, the statement warned that those, who incite violence, even on social media, may face visa ban.

The statement read: “The British High Commission encourages Nigerians to turn out and vote on Saturday, March 9, in elections for state governorships and state Houses of Assembly. These elections are an important opportunity for citizens to exercise their democratic rights and choose their leaders.

“We hope that the causes of logistical issues on the February 23 election have been identified and addressed. We commend INEC staff and the National Youth Service Corps (NYSC), who play a critical role in the delivery of elections, often in difficult circumstances. We hope that they will be given every support and protection necessary to ensure the smooth and peaceful delivery of elections free from fear of intimidation or interference in the electoral process.

“We were concerned by reports of high levels of violence in some states across Nigeria during the recent presidential elections, including reports of violent clashes involving the military in Rivers State. We condemn all acts of violence and call for those responsible to be brought to justice. We call on all actors, including political parties and security personnel, to work together to provide a peaceful environment for Nigerians to vote on March 9. We remind all actors that anyone involved in violence or inciting violence, including on social media, could face restrictions on their ability to travel to the UK.

“The UK will again field observer teams across Nigeria on 9 March as part of our efforts to support Nigerian democracy,” the statement added.

Before the presidential and National Assembly elections, the UK and the United States of America had issued similar warning that there would be consequences for any attempt by individuals or group to interfere with the elections in the country.

While both countries threatened to place a travel ban, including the refusal of visas on alleged election riggers and their family members, the UK in addition said it would pursue the prosecution of any culprit of election violence under international laws.

“We will not hesitate to consider consequences – including visa restrictions – for those found to be responsible for election-related violence or undermining the democratic process. Under US immigration law, certain violations may also lead to restrictions on family members,” the US reportedly said.

The UK on its part had assured that it would continue to provide significant support to the Independent National Electoral Commission (INEC) and to Nigerian civil society to help them deliver credible elections.

“Our monitors will in particular be looking out for any attempts to encourage or use violence to influence the elections, including on social media. We would like to remind all Nigerians that where the UK is aware of such attempts, this may have consequences for individuals. These could include their eligibility to travel to the UK, their ability to access UK based funds or lead to prosecution under international law,” UK had said.

However, despite the killings allegedly perpetrated by the military and political thugs in Rivers, Bayelsa and several states in the presidential and National Assembly elections, none of the two countries has announced visa ban on the sponsors of these killings.