President Muhammadu Buhari Wednesday in Abuja urged Nigerians to troop out en masse to cast their votes at the forthcoming governorship and houses of assembly elections on Saturday.

The president, in a statement he personally signed, commiserated with the families which lost their loved ones at the February 9 presidential and National Assembly polls, and encouraged all eligible voters not to be complacent on Saturday, but should rather view the governorship and assembly elections as important as the last presidential poll.

Giving reasons why the electorate should troop out to vote on Saturday, Buhari said governance at the state level is closer to them than the federal government and hence, the need for them to be involved in the process of electing politicians who will govern them in the next four years.

Buhari who canvassed votes for governorship candidates of his party, the All Progressives Congress (APC), during Saturday election, counselled against ballot stuffing, ballot snatching and other acts that may be inimical to the conduct of credible polls on Saturday.

Claiming that he had pledged to conduct credible polls and was committed to his promise, Buhari implored Nigerians to ensure that Saturday’s election is better than February 23 polls, advising them further to ensure the emergence of the best candidates on Saturday.

“The second and final phase of the 2019 general elections comes up on Saturday, March 9, with Nigerians voting for governors and members of Houses of Assembly in the states. Let me once again extend my condolences to the families of those who lost their lives or sustained injuries as a result of accidents or criminal violence during the elections.

“The onus is once again on qualified people to turn out in large numbers to exercise their civic rights. With the presidential poll behind us, let us not become complacent, and fail to vote in the gubernatorial poll. The forthcoming elections are as important for good governance as that of the presidency and the National Assembly.

“Indeed, governance at the state level is closer to us, and should touch our lives more directly. That is why it is vital for us to participate in the choice of who governs us at the state levels. I, therefore, urge you to troop out massively on Saturday to elect your governors and state lawmakers.

“As a member of the All Progressives Congress, I recommend those standing on the platform of the party to you, as we are guided by progressive ideals, and we will not disappoint you. Equally, I urge you to comport yourself properly, as you turn out for the election.

“Avoid all deviant behaviours like ballot stuffing, ballot snatching, and any other action that does not conform with best electoral practices. I assure you that the security agencies will be on hand to protect voters, and ensure that the process is not undermined in anyway.

“Let’s make the gubernatorial polls much better than the presidential, which Local and International observers have adjudged to be free and fair. May I repeat my appeal to our young people: do not allow yourselves to be used to cause violence or to break the law or otherwise disturb the peace.

“I have pledged a decent and credible electoral system for our country. I stand by that promise.

Let us together do the right thing on Saturday, so that the best hands can emerge at the states, and take us faster to the Next Level,” he said. 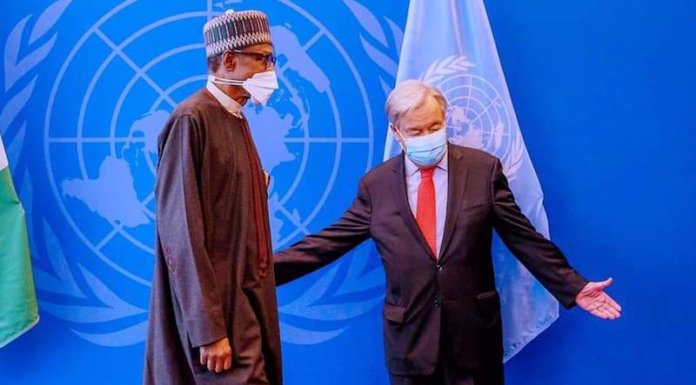