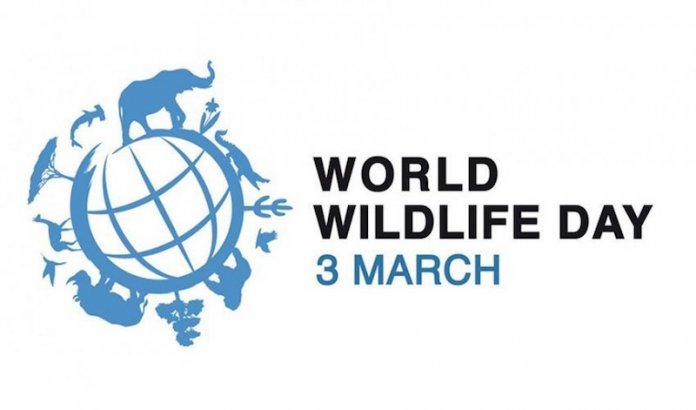 The commemoration of the 2019 World Wildlife Day, on March 3, has brought to fore the activities of trans-border criminal gangs in what is believed to be thriving multimillion Dollar illegal trade in wildlife.

March 3 every year, is dedicated by the international community to raise awareness of the world’s wild animals and plants. “It is also a day to review our actions as individuals, communities and governments aimed to protect our planet’s wildlife and to collectively find solutions to the challenges we face,” according to the United Nations.

In its statement released in celebration of the Day in Nigeria, the United Nations Office on Drugs and Crime (UNODC), said, “It appears that Nigeria might risk to evolve rapidly into a transit hub for illicit wildlife products, including pangolins, elephant tusks and other protected species, destined for countries in Asia, as well as Europe, the Middle East and North and South America.”

The statement, signed by Mr. Sylvester Atere, Outreach and Communications Officer, UNODC Nigeria said, “Late January this year, more than US$8 million worth of elephant tusks and pangolin scales were confiscated by Hong Kong customs from a shipping container coming from Nigeria, making this the biggest seizure of pangolin scales, by value and weight, ever in the city. “Another incident back in October 2018 led Vietnamese authorities to intercept more than eight metric tons of pangolin scales and ivory, also arriving from Nigeria.”

According to UNODC’s World Wildlife Crime Report (2016), “whole pangolins in Nigeria can range in price from US$7 to US$15 while their scales alone would sell for as much as US$250 per pangolin in the destination markets.

“Pangolins smuggled to Asia are unlikely to originate from Nigeria as the species is near extinction in the country.”

Regardless, Pangolins are believed to be the world’s most trafficked mammal and are being hunted for various purposes, including for food, traditional medicines, fashion accessories and are considered a delicacy in many parts of Asia.

While international trade in pangolins was banned in 2017, after the animal received the highest level of protection against illegal trading by CITES, high demand for such products in Asia continue to make it a very profitable illicit business for wildlife traffickers, the statement said.

The UN agency said, “Tackling this phenomenon is complex and requires the cooperation of multiple stakeholders within and beyond Nigeria, including Customs, Police and National Environmental Standards and Regulations Enforcement Agency (NESRA), as well as the World Customs Organization, Interpol and the CITES secretariat. Building up the specialised detection and investigation capabilities within the relevant law enforcement agencies takes time and is resource intensive. “Bringing the legal framework into full compliance with CITES requirements is another challenge. Moreover, understanding fully the role of transnational organised crime in the illicit trade of wildlife and forestry products is crucial both from a policy and operational perspective.”

With a view to assisting countries in this urgent endevour, UNODC said it launched in 2014 its Global Programme for Combating Wildlife and Forest Crime. The Programme is designed to support States to more effectively prevent, identify, investigate, prosecute and adjudicate wildlife and forest crime.

“To date, UNODC has provided support to more than 40 Member States, conducted research to better understand trends and patterns of wildlife crime and developed tools, such as a Guide on Drafting Legislation to Combat Wildlife Crime. As a member of the International Consortium on Combating Wildlife Crime (ICCWC) – a collaborative effort of five intergovernmental organisations – UNODC also supports Member States in assessing the effectiveness of their preventive and criminal justice responses, drawing on ICCWC Toolkit and ICCWC Indicator Framework for Combating Wildlife and Forest Crime.”

Revelation of the booming illicit trade in wildlife shocked Nigeria’s Minister of Environment, Suleiman Hassan Zarma, who stated “It was very unsettling when information was received that the Vietnamese Customs made the discovery in concealed containers declared as ‘consigning knocked wood’…..More disturbing is the fact that Nigeria was mentioned as the source in spite of our laudable conservation efforts which informed our leading the war against Illegal Wildlife Trade in the West African Region.”