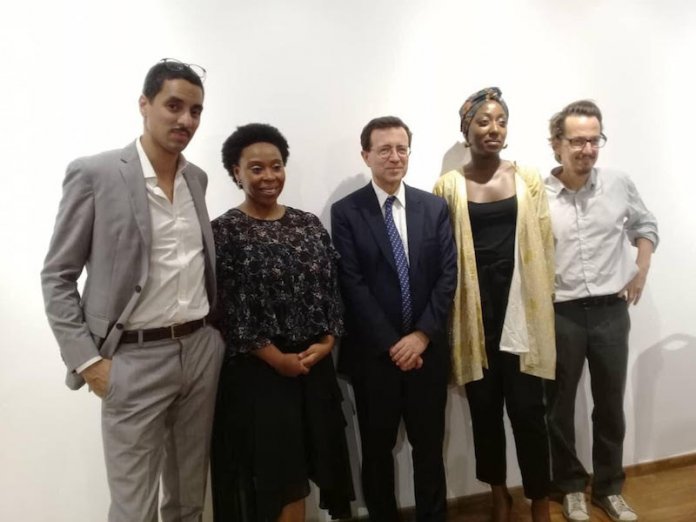 To tackle migration and gender issues, the French Government simultaneously through its Alliance Francaise office in Lagos and 69 other nations globally, held its first ‘Night of Ideas’ in Nigeria. Sunday Ehigiator reports

It was not a usual night. The occasion was the first ‘Night of Ideas’ organised by the French Government simultaneously through its Alliance Francaise office in Lagos and 69 other nations. At the event, two prominent issues mirrored to be bewildering Africa took center stage, which was addressed by expert guest speakers, who took guests through the ideas crossfire sessions in a very interactive manner.

In his opening remarks, the Convener, a Cultural Attaché for the French Embassy, Mr. Aurelien Sennacherib, said it was a first of its kind night, as observed in over 70 countries all over the world and over a hundred places globally.

According to him, “the French government had thought it wise of how best we can further address global issues, and therefore, decided to start this initiative, which would serve as a platform were ideas that can turn global problems around, can be shared.

“For this maiden edition, two global issues have been identified, namely; gender and migration issues, which is a predominant issue in the African narrative. And we have outlined expert speakers to take us through them. The Ambassador of France to Nigeria would likewise be here to observe the session, and we believe this is the beginning of a major progress in Africa”.

Nexus Between Migration and Development

Speaking on the relationship between migration and development, French Research Analyst and economist based in Nigeria, Tancrede Voituriez said people always assume that when a country becomes less poor, that migration would be on the decrease, but it is the other way round.

According to Voituriez, “I work for three French research centre’s in Abuja and I present on the relationship between migration and development. The truth is that, there is a misunderstanding on this relationship between migration and development. What is assumed is that, when a poor country grows and become less poor, there will be less migration from that country to richer countries. But what we have observed is exactly the opposite which is pulsing.

“What we observed is that when poor countries become less poor, migration raises and until the country reaches a level of roughly 6000 dollar per capital annually, which is very high; which means that development and migration do not conflict one another.

“They are really leading the game there. They are more progressive and taking care of people, protecting the right of migrants. The European Union is a bit more focused on short time management of migrant while Africa Union is for long term free movement of people. For Europe, it is about more protection and management of the boarder to prevent migration from Africa.

“And we think it’s a wrong reading of the fact, because migration challenges are here to stay so are the opportunities for development. So it’s good to take this into account and with both strategies; both focuses on short term to manage crisis since something needs to be done. They must be on same horizon as African countries and think about long term prospect of development, and migration should be part of the picture. So there should be clear promotion from the EU on legal migration”.

Voituriez ended by identifying the quest for better life, greener pastures, investments, societal menace, amongst others as factors promoting migration in Africa, noting that if these factors can be addressed, it can be curtailed to voluntary migration, which according to him, “is the uninfluenced kind of migration”. He said.

In her summary notes on gender issues, Cultural entrepreneur, Mrs. Ugoma Adegoke said, “It is important we think of ourselves as human first. We looked at the history of the subjugation of woman; we need to understand how we got to this place where women have to struggle for their rights. But of course, the reason for this is that things evolved and people may decide to do things differently. However in my own point of view, irrespective of gender, we are all half women and half men.

“I believe it takes guts for a man to engage in topics that concern women. We talk about anger, rage etc. relating to gender. All these are natural because if there was no issue, you won’t have anger or rage or abuse.

“We talked about the effect of Western education, colonialism and the dynamism between men and women, and one of us spoke on the effect of corruption, specifically spoke on why more unfair practices have become the order of the day; why there is joblessness and there is the celebration of inequity; all these combined become a source of gender disparity.

“We also identify the fallout of corruption and the failure that became the norms. This was buttress on the need for churches, or dependent on religion as it has created more corruption.

We also have Colonial influence, westernisation, Christianity as influencers of corruption. I don’t mean only Christianity, but Islam, and other external religion imposed on our society inclusive. What they created; the need for women to be hyper male, to create unnecessary twist.

“We also talked about the role of the educator and education which is not just formally but informally. Of course, teachers are very important to the upbringing of young ones. Young ones of the system of oppressive male to the female; or female to male has to do with the way they are raised.

“So proper education is needed in order to give birth to children who are empathic, sensitive and who are interested in improving their skills and abilities so that they can participate in conversation based on what they can do.

“The role of mothers, great grandmothers, and the fact that we have positive and reinforcing stories when you talk about strong women also matters. We have to go back to the systems that are fair, with communal respect for everyone. And there is the need to go back to our basic culture and its attendance.

“There is also the role of fathers in enabling women, female children to fly. That has led to the tragic contribution on the system where women are not necessarily respected because they aren’t boys. This has contributed to the kind of chaos we are seeing now.

“How do we go forward? Of course more forums have to continue because there is the need to continue the conversation. And we must realise that all of us have a responsibility in the fight for gender equality

“I see the world moving forward when we see more gender parity. We are a world that is progressive, based on amazing skills and greatly enhanced by the human of the world; progress beings forged by women and the attention to change the culture”.

In an interview with THISDAY, French Ambassador to Nigeria, Jérôme Pasquier, expressed great delight at the participation level of the attendees and ideas shared on the global issues highlighted.

According to him, “I am very happy to listen to them, to hear from them. It was a very great exchange. In the area of illegal migration, there is a problem of poverty but not all poor people want to migrate. We have to go further if we want to explain migration and see how to regulate migration to have positive migration and not have negative migration.

“As a country (France), we try to do this but it is very complicated. It’s a thing of number. When migration goes slow it is quite easy to regulate and deal with it. Now it is the biggest number we have at the face of the capital, which is more complicating.

“People in Europe are troubled when they see too many foreigners arriving, so we have to displace them, and explore other positive aspect we can use to change the narratives and we also have to take care of the reasons why migrant are coming to Europe and see if we can also help them to stay and have a good life in their countries. The biggest number of migrants is from Africa and between African countries. It’s something we have to remember. What is important is to treat everyone with respect and create same opportunities for male and female.

“On gender issues, I think education plays a very big role for us to be able to change this narrative. With education for boys and girls we can try to explain the need to have more equality between genders, but it will be a long fight. Boko Haram is against education for girls but education creates opportunities for girls,” he said. 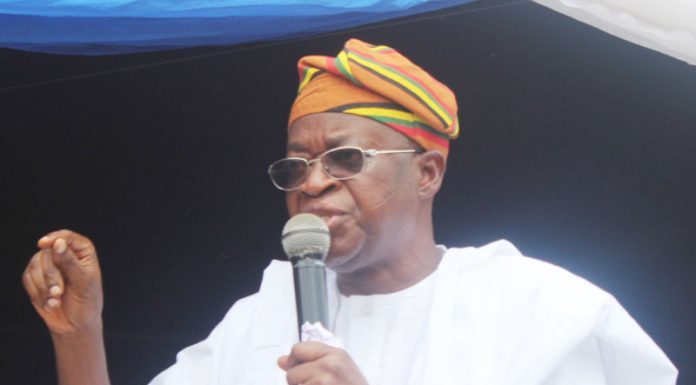