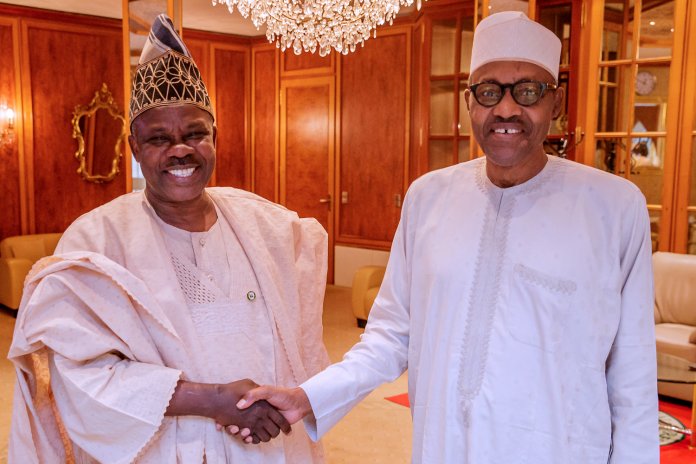 Governor of Ogun State, Senator Ibikunle Amosun has said that his suspension by the National Working Committee (NWC) of the All Progressives Congress (APC), over alleged anti-party activities, will not distract him from pursuing his targeted goal.

Speaking yesterday after paying a courtesy visit to President Muhammadu Buhari at the State House, Abuja, the governor, who is also a Senator-elect under the platform of the APC, declined further comments on his suspension, saying time was not ripe for him to talk on the issue.

“For now, I will not talk on the suspension issue because I have learnt in life that when you are pursuing a goal, your eyes should be on the ball and not on the spectators. If you take your eyes off the ball, you will miss the goal,” he said.

While appreciating the people of Ogun State, especially people of the Ogun Central senatorial district, for voting for him to emerged senator on Saturday, February 23, the governor appealed to the entire people of the state to come out on Saturday to exercise their voting rights.