A team of medical doctors from the United States of America were in Lagos for a week, providing free surgical solutions to people who cannot afford to pay for the procedure.

The medical mission of surgeons from Israel and the United States of America was organised, recently, by a non-governmental organization, PROFOH NGO (Professionals for Humanity) for Nigerians living with health problems but could not afford to pay medical bills. They had surgery free of charge.

The team of medical experts, including physicians, nurses, pharmacists and clinical psychologists, were led by G.D. Kama, Executive Director of PROFOH/501 Status Organisation in the United State, established in Nigeria in 1998, and by G.B. Ghanaador, a Professor of Surgery at the University of Texas, USA. It was understood that PROFOH was supported by Lagos State APC gubernatorial candidate, Mr. Babajide Sanwo-Olu.

Interestingly, the visiting medical personnel worked alongside their Nigerian counterparts at Somolu General Hospital and Onikan Health Centre, Lagos to give succour to the ailing during the weeklong volunteer work which took place from February 19 to February 26. The medical team from Israel came mainly for plastic surgeries and they took particular interest in young children. They worked at Somolu General Hospital while the others were at Onikan Hospital.

Despite the challenges, as the hospitals are basically equipped, with no safe surgical environment, no proper recovery room, the doctors performed eight to 10 surgeries a day, starting from 9 A.M. to 9 PM.

The first day (last week Tuesday) was crowded with sick people, especially those with growth all over their body. Some of them waited patiently to be examined while others, especially parents and guardians, who brought ailing children, were excited.

President, Centre for Destitute Empowerment, Idimu, Lagos, Pastor Samson Okoliko, who was ecstatic to hear foreign doctors are in Lagos for free medicare, was full of praises for the Israeli volunteer doctors and those who contacted them. He brought a three-month old baby who has Cleft Palate, a condition in which somebody is born with the roof of their upper lip split, making them unable to eat properly and speak clearly.

Okoliko said the baby was abandoned by the mother somewhere before she was rescued and brought to the Centre for Destitute Empowerment. “This girl (pointing to a little child held by a staff of their hospice) was very sick, malnourished and motherless. She has this problem (Cleft Palate) which made it very difficult for us to care for her. So, you see how happy we were when somebody gave us the information that the Israeli doctors are in town to help people like our baby who cannot afford the money to do operation,” he said.

“We are volunteers. We came to see the local people. We came with a lot of respect for the Nigerian people,” says Dr. Yitzhak Lippin, the head of the Israeli doctors.

He said: We did a variety of operations such as goiter, lapsectomy, biopsy and a child who could not lift his arm. We think human being is human everywhere. But if they live in difficult condition, they struggle to survive we help them. We care. We know we cannot solve all the problems. If we are able to help even one child or woman it will be for us a great achievement.”

While commending the Nigerian doctors, Lippin also stressed that health and education are very basic and so should be given the highest priority. “The Nigerian doctors and nurses were very good. They were warm and willing to help. I was very impressed. They are doing marvelous work. Their environment is very difficult still they are doing their best.”

On equipment, the surgeon whose medical practice spans over 30 years said “Of course equipment is important. We brought a lot of equipment and we will leave it in the hospitals here.” Part of the mission, according to him, was a follow- up; we left a very impressive instruction. We told them (Nigerian doctors and nurses) what to do.”

No doubt, the doctors were passionate about their work and some of them didn’t know how to handle the situation when it was time to say good bye. It was touching as some of the patients who were not lucky to undergo surgery came complaining to the doctors. “We try to come again to improve many things,” Lippin reassured.

The mission is meant to benefit the under-privileged and vulnerable people who are burdened by general medical and surgical ailments but cannot afford the high cost of health care.

PROFOH’s visit in Lagos last week was the second mission in Nigeria for 2019. The group was also in NCH, Abia State at the time working in partnership with Earthwide Surgical Foundation of Henderson, Texas, USA. 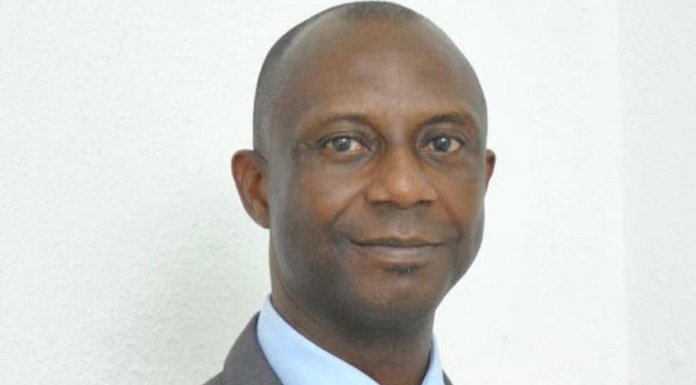