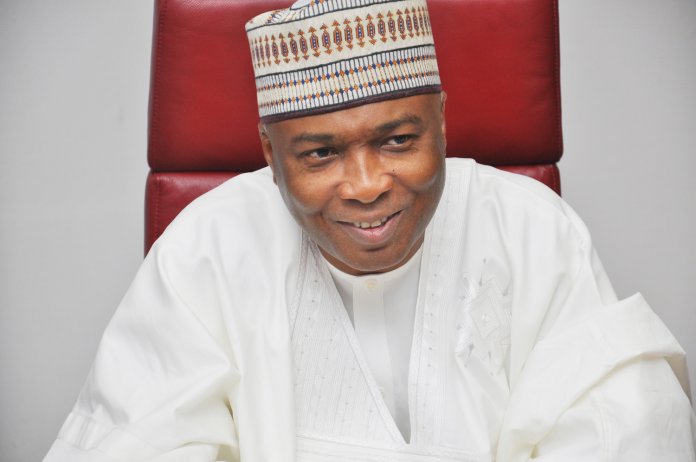 The Senate in the last elections came down with heavy casualties; apparently having the biggest disappointments and surprises, as very influential and supposedly popular politicians were sent packing. A look at some of them may prove a point in the political firmament, depending on which side of the divide one views it from, reports Ahamefula Ogbu

Bukola Saraki: He was arguably the most mentioned in the media for his running battles with the executive. His state, Kwara which has been under his vice grip from the time of his father had a liberation cry led by the Minister of Information, Alhaji Lai Mohammed who with the support of the executive, decimated the Saraki dynasty which they insistently described as a castle in the air. The Senate President who ran on the platform of the PDP will not return to the Senate in June 2019, as he was knocked out of the Kwara Central Senatorial District election by Ibrahim Oloriegbe of the All Progressives Congress (APC) who polled 72,277 votes against Saraki’s 38,919 votes. That sealed Saraki’s exit with 33,358 votes

Abiola Ajimobi: The outgoing Governor of Oyo State is one of the surprise losers in the quest to return to the Senate. The two-term Governor lost his bid to represent Oyo South under the APC to Kola Balogun of PDP. Ajimobi polled 92,579 votes while Balogun secured 105,720 votes. He is a good sportsman as he said, “I hereby accept the result as announced. Although there were a number of grievous infractions and established electoral malpractices, I have decided to let go in the interest of peace. I therefore congratulate the declared winner, Hon Kola Balogun.”

Olusegun Mimiko: He is the immediate past Governor of Ondo State who lost his quest for a senatorial seat for Ondo Central in the National Assembly. He ran on the platform of Zenith Labour Party (ZLP) and lost to Ayo Akinyelure, of the PDP. Mimiko came a distant third as he polled 56,628 votes. Akinyelure is a giant killer as he defeated Mimiko and the incumbent Senator Tayo Alasoadura of APC after scoring 67,994 votes against Alasoadura’s 58,092 votes.

Shehu Sani: He was somewhat populist in his approach at the Senate and could be remembered for making public the jumbo pay that the red chamber members take home monthly. He will however not be going back to the Senate as he was defeated by Uba Sani of the APC in the Kaduna Central senatorial contest where he ran on the platform of the PRP after dramatically being denied a ticket and had to defect to PRP.  Uba Sani polled 355,242 votes to send Shehu Sani who scored 70,613 packing. Shehu Sani was senator on the platform of the APC in 2015, but defected to PRP when he lost the APC senatorial ticket.

Emmanuel Uduaghan: He handed over to incumbent Governor Ifeanyi Okowa after serving two terms. He defected to the ruling All Progressives Congress and contested for Delta South senatorial zone and lost to James Manager, the incumbent senator and a candidate of the PDP. Uduaghan scored 125,776 votes against 258,812 votes secured by Manager.

Godswill Akpabio: He is the senator representing Akwa Ibom North-West district in the National Assembly and has lost his seat. Akpabio dumped the PDP and moved over to the APC, under which he contested for reelection. Akpabio could only get 67,487 votes against 136,373 votes polled by Chris Ekpenyong of the PDP which drove the death knell on his ambition. His defeat was one of the surprises given his following which was adjudged massive especially when viewed against the margin of more than 60,000 votes.

Mao Ohuabunwa: He was in the House of Representatives for a while before moving up to the red chambers where he edged out the former governor of Abia State, Chief Orji Uzor Kalu in 2015. However, his loss to Kalu in 2019, though one of the surprises, has come to be one of the realities in Abia North Senatorial zone. Kalu of APC polled 31,203 votes to defeat the incumbent Ohuabunwa who polled 20,801 votes.

Barnabas Gemade:  He moved from APC to SDP and lost his seat in the red chambers where he has been representing Benue Northeast. Gemade lost to former governor Gabriel Suswam. Gemade, who is seeking a third term, told newsmen at the INEC headquarters in Makurdi that he was at the commission to report noticeable problems which characterised the elections but Suswan advised him to stop whining and accept defeat.

George Akume: He was a former governor and a serving senator of the APC. He lost to the candidate of the PDP, Orker Jev, a member of the House of Representatives who polled 157,726 to defeat Akume who scored 115,422 votes.

Ibrahim Dankwambo: The Gombe State governor went back home after losing at the presidential primary to Atiku Abubakar. He contested for the Gombe North Senate seat, but lost out to Alhaji Saidu Alkali.

Andy Ubah: He has been in the Senate and trots with the reputation of the Ubah brothers who hold Anambra State by the jugular. He will however not be returning to the senate as Ifeanyi Ubah, the chairman of Capital Oil and Gas who contested under the Young Progresives Party (YPP) defeated him and his younger brother, Chris. Ifeanyi Ubah polled 87, 081 votes to win the Anambra South Senatorial District seat. His closest rival, Chief Chris Uba of the PDP got 62,462 votes.

Patrick Obahiagbon:  Known for his comics, he was former Chief of staff in Edo State. He lost his senatorial bid to PDP’s Mathew Uroghide in Edo South. Uroghide scored 135,588 votes to defeat Obahiagbon of APC who scored 121,957 votes.