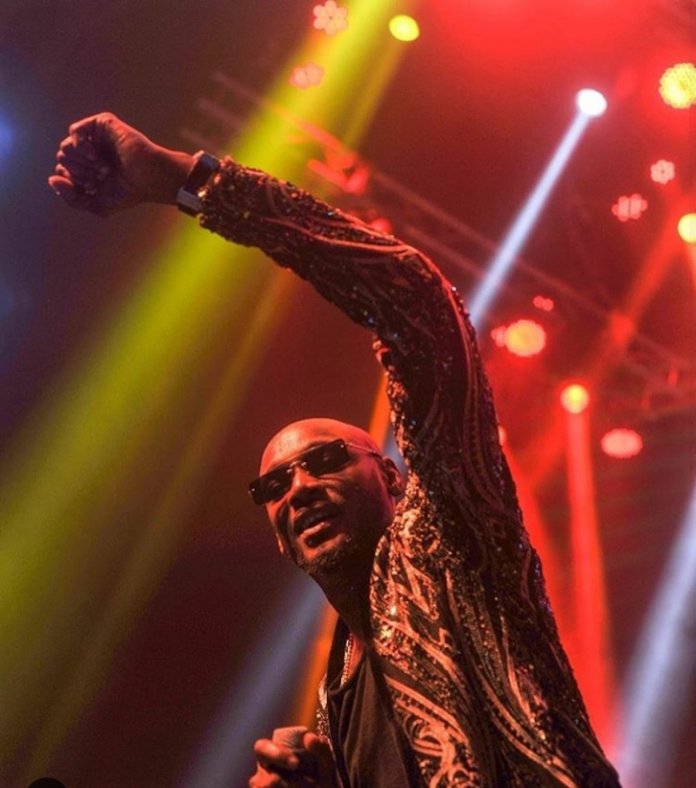 From the moment he came on stage, it was certain that the evening was going to be an interesting one.The large number of individuals who trooped into Terra Kulture Arena that fateful Thursday evening to witness 2Baba’s musical journey further proved that the live music experience put together by TRACE, Cabal Entertainment and Bolanle Austen-Peters Production was going to be an eventful one.

No doubt, Innocent Idibia, the music artiste known as 2Baba is one of the best music talents the country has ever produced. His music career trajectory is dotted with trials and triumphs that have hugged news headlines but also projected him to the world.

In his two decades spanning music career, 2Baba has undergone various transitions. First, as a member of the defunct Plantashun Boiz group, then as a Kennis Music Record Label artist where he released his debut award-winning album ‘Face 2 Face’. 2Baba would later launch his own record label Hypertek Digital and in 2014, announced that he would dump his longtime stage name 2Face for 2Baba.

It was this transition that he relayed to his audience at the concert. Stepping on stage, he took the audience down memory lane with songs from his Plantashun Boiz days. He also performed songs like ‘Ole’, ‘For Instance’, ‘Nfana Ibaga’, ‘True Love’, ‘African Queen’, among others that saw the frenzied audience singing along with him.

Aptly tagged ‘‘Trace Live Presents 2Baba: The Reign’, the concert captured the essence of the theme with the unique sounds, lighting and ambience. Just like previous editions, the event featured the customary interactive element where 2Baba’s fans got to ask questions via Twitter, which was curated on the main screen.

Answering all in between songs, 2Baba wouldn’t stop showering praises on his wife Annie Idibia whom he explained, supported him during his trying days. With goofy smiles and a comedic character, one would have easily passed the singer for a standup comedian as there was “no dulling” at the show.

Of course, in attendance were also music and media personalities who can attest to his reign in the music industry. They include celebrities like Timaya who joined him on stage and declared to everyone that 2Baba is his role model; Sound Sultan, Orezi, Larry Gaaga who performed the gaga shuffle with the artiste on stage; Dj Jimmy Jatt, Toke Makinwa, Peruzzi (who knows 2Face and is straightforward too), Ajebo Comedian, Lasisi Elenu, Sensei Uche, Pencil and a host of many others.

Just before he drew the curtains, 2Baba announced to the audience that he will be embarking on his ‘20 Years a King’ tour and grand concert later in the year.