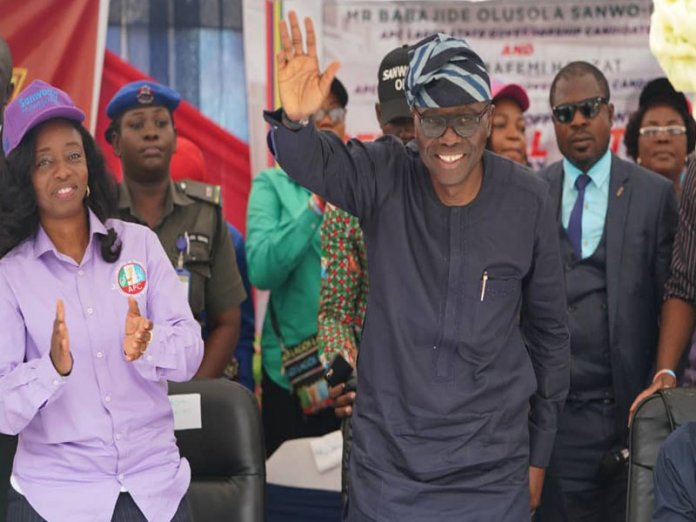 BOSKOH Medical Mission, an initiative by theLagos State All Progressives Congress (APC) governorship candidate, Babajide Sanwo-Olu (BOS) along with his running mate, Kadiri Obafemi Hamzat (KOH) in partnership with Professionals for Humanity (PROFOH), International, a Houston, USA-based organisation made of doctors, nurses, health workers and volunteers from across the world, has extended its humanitarian gesture to the grassroots in Lagos.

This is being carried out through a medical mission aimed at providing free surgical operations to the majority of people who hitherto could not afford such medical expenses.

The charitable exercise was flagged off at the at Shomolu Local Government Secretariat recently by Sanwo-Olu, who said his healthcare intervention, tagged, “Sanwo-Olu Cares Medical Outreach” which started few weeks back, went round the 20 local government areas in Lagos.

“It was during what we were doing that we realised that they we attended to over a thousand at each of those outreach, and that we needed to take this to another level, which is what we have been talking about.

“They were people that required surgical operations and we felt that we can do a lot better than what we have done and so we decided to partner PROFOH for this medical mission and I am very impressed by the outcome so far.”

“While on the campaign trail couple of months ago, we started the medical outreach called, Sanwo Cares, which is just an outreach to sort of go round all the local governments in Lagos and locations at the various markets in Lagos with focus on basic health checks: dental, eye, cervical cancer and how to manage and do test for breast cancer.

“We realised that a whole lot of people, for one reason or the other, have actually not been able to access regular health care facility and considering the huge challenge that we currently face in the health institution, we felt in our wisdom that whilst on the campaign trails, we can also assist government by providing free surgical operations.

“So, we brought in some professionals from outside the country and most importantly also from Nigeria – these are a whole lot of our doctors who have also volunteered their time and their expertise to join with this team to bring about quick surgical operations to the needy.

“As such, they can very quickly help clear the backlog of the surgeries that we have on ground. And so after the Sanwo Cares, we felt that we can take a next step further to have this surgical health mission as well, hence, the collaboration.”

Speaking also at the flag-off ceremony, Dublin, Ireland-based Nike Osa, a director with PROFOH, and Coordinator of the medical mission with BOSKOH, said they wanted to see how they could reduce the number of surgeries available, while doing their bit to improve the healthcare system in Nigeria.

“Our plastic surgeon, available presently, is about the third best on earth and so we have the capacity to handle these cases”, Osa said.

Speaking on why PROFOH has decided to tie the free surgical operation to Sanwo-Olu’s political campaign, she said, “The campaign is very dynamic and because it is dynamic, we are using the campaign to reach out to grassroots people and our focus is to ensure that people who are not able to afford this medial expense, get these services for free and it is an immediate intervention for them.
“In a community like this and with the volume of emergencies you find, they can’t access healthcare and instead of leaving them in a state where they can’t help themselves, we have brought this to them totally free.

“We have doctors from the UK, Australia, Spain and USA; we have all the capacity because we have brought in the best. We also welcome volunteers to join the team to bring wellness to Lagosians”, she added.

She noted further that, PROFOH has been on for 22 years but with BOSKOH, this is the first intervention programme where along with doctors, nurses, microbiologists, health workers based in Houston, Texas, Israel, Germany, UK Ireland are collaborating with Resident Doctors here in Nigeria to make the programme a success.