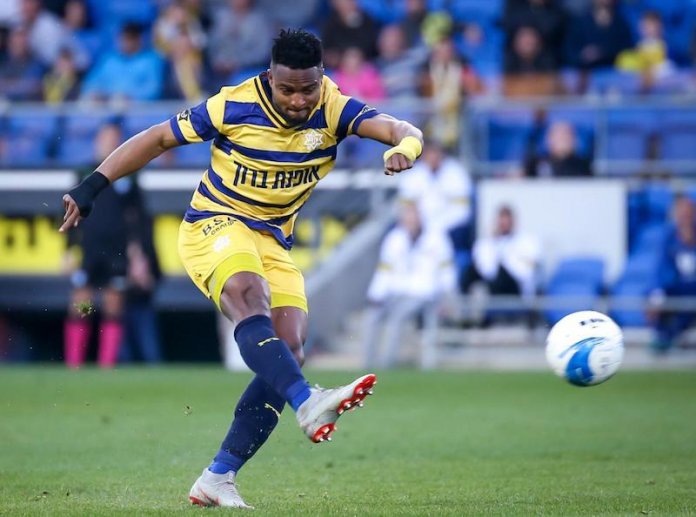 The recent pronouncement by the Super Eagles Coach Gernot Rohr that Nigerian players doing well in their various clubs stand a chance of being invited for the upcoming games against Seychelles and Egypt has been applauded across board.

Israel-based forward, Chikeluba Ofoedu who has nine goals and seven assists in 17 games so far this season for Israeli giants, Maccabi Tel Aviv is one of those believed to be on the radar of the Franco-German who is keen to bolster the Super Eagles’ squad ahead of AFCON 2019 in Egypt.

While Ofoedu agrees that he has already done enough to at least attract the attention of the national team handlers, he was quick to state that he would not rest on his oars until he achieves his long-time ambition of playing for the National team.

“I believe I have done a lot to attract a call to the national team and I trust I will not disappoint if given a first chance to impress,” Chico as he is fondly called by fans stated.

“I want to emulate big players like Vincent Enyeama and Nosa Igiebôr who both played for Maccabi Tel Aviv and went on to represent Nigeria,” the pacy and skillful forward added.

After his exploits in Turkey, Ofoedu is fast becoming a household name with Maccabi Tel Aviv where he is enjoying a fantastic season but the former Rangers International striker remains focused on wining the league shield with his team this year.

“It’s been a very interesting season so far but we have not won the title yet despite our 20 points lead, there is still top 6 playoffs after the regular season but our Spirits are high in expectations” the 26 year old noted.

Rohr is currently making the list of players to be invited for the dead rubber AFCON 2019 Match-day 6 and final qualifier against Seychelles on March 22 and an international friendly against Egypt four days later also in Asaba.