More corporates have continued to fund their operations through issuance of commercial papers (CPs) to cover their short-term financing needs.

According to experts, the trend would continue until after the general elections and the political uncertainties are over.

CPs are unsecured promissory notes with a fixed maturity are issued by companies to raise money to meet short term finance obligations.
The notes are backed by the promise of the issuers to repay based on certain agreed terms.

They present a cost-effective and stable means of sourcing scarce capital as against to bank loans and provide investors avenue to diversify their portfolios and given their short-term nature, they permitting high relative return on investment and allow investors to remain relatively liquid.

Companies usually finance operations through equities and debt capital. But the equities market has offered limited opportunities for firms to raise funds due to low demand by investors. Also, the federal government’s dominance in the fixed income securities market have led to the crowding out of corporates, who have now resorted to alternative funding window such as CPs.
For instance, Flour Mills of Nigeria Plc last week raised N6 billion in the sixth series of its N100 billion CP Programme to support its short-term funding requirements.

Companies such as Dangote Cement Plc, Flour Mills of Nigeria Plc, Access Bank Plc, Union Bank of Nigeria Plc, Sterling Bank Plc, among others benefitted from the market.
Market experts said more corporate companies would focus on CPs this year given the lower interest rates and the shorter duration, which is attractive to investors and enable companies make better forecasts and projections.

Commenting on the rising appetite for CPs, the Group Chief Executive Officer of Emerging Africa Capital Group, Mrs. Oluwatoyin Sanni said when risk is high and future hard to predict, investors would move to shorter end of the market.

“CP gives the shorter end of the market so investors feel that they can take a bet in the near future and it is helpful for the companies to be able to raise capital within the time frame that investors are comfortable. And the FMDQ, being able to provide outlet for CPs issuances has helped to put some degree of confidence in the market,” she said.

The Co-founder of Cardinal Stone Partners Limited, Mr. Mohammed Garuba, had said CP issuance had increased largely because the banks have refused to reduce interest rate.
“CP in any market is a rate higher than deposits rates, but lower than bank interest rates. So, the CP market is getting very viable now because depositors instead of going to banks to deposit their monies are going to the companies to invest in CPs. So, the more CPs we get, the possibility of banks coming to do their roles of intermediation,” he said.

He said CP market is the way to go, stressing, “even the banks are doing CPs. If I have some bad loans, one way to manage it is to take CPs and use it to reduce it. Every normal company is going to continue to do CPs until banks go back to their intermediation role. People are taking their deposits from banks and investing in CPs at slightly higher rates as opposed to doing fixed deposits with the banks.”

Analysts Predict Positive Returns from Cement Sector
Analysts at Afrinvest (West Africa) have said the cement sector will deliver superior returns given the wide infrastructure gap in the country.
In a report on the sector, Afrinvest highlighted factors that had posed the most challenges to the cement sector. It also identified recent strategies being implemented to tackle some of these challenges.
According to the analysts, in the aftermath of the 2016 economic recession, growth in the Nigerian economy was still stuck below pre-recession and pre-oil price shock levels. They explained that while there have been signs of a recovery, many sectors are yet to fully recover from what is clearly a broad-based downturn in the economy.
“The cement sector has not been spared from this carnage, with the sector recording a precipitous decline in growth given that it tracks the performance of the economy closely. Between 2000 and 2014, the cement sector expanded at a robust compound annual growth rate (CAGR) of 13.7 per cent.
“However, growth has averaged -1.0 per cent in the past three years, with only a marginal recovery in growth to 4.5 per cent in 2018. Similarly, in other sectors of the economy where activities support the cement sector — the real estate and construction sectors — growth has been lackluster,” they said.
Afrinvest, noted that for companies in the cement industry, the pains of a slowing economy have been devastating.
“The steep currency devaluation recorded between 2014 and 2017 led to an increase in costs, given the exposure of energy costs and debt to foreign currency risk. Combined with the moderation in the spending power of consumers, high costs led to a steep increase in cement prices, which in turn affected volumes of cement sold.
“The implications were a broad-based decline in margins across companies, with overall profitability barely growing over a five-year period,” the firm said.
However, the analysts noted that in recent times, the cement sector has started recovering.
“Energy costs have been diversified and foreign exchange (FX) risks are now limited. We are optimistic of a recovery in volumes which will boost revenues, and that lower energy costs will support a fast-paced expansion in profitability in 2018.
“Over the medium-term, we believe the cement sector remains well placed to deliver superior returns given the wide infrastructure gap in Nigeria. However, we expect the sector to grow at a gradual pace, given the lack of reforms to drive growth back to long-term trend,” they said.
According to the analysts, based on their measured positive outlook, they believe there was still value in cement companies.
“The overall sector is currently priced at a discount with a P/E ratio and EV/EBITDA ratios of 12.5x and 14.0x per cent, which is below the average of 23.1x and 15.9x respectively for select emerging markets and frontier markets peers. Across companies under our coverage, we have issued “BUY” rating to Dangote Cement and “SELL” to Lafarge.
“For Cement Company of Northern Nigeria Plc (CCNN), we are waiting on the combined books of the newly merged entity before revising our valuation. Lafarge Africa which had high exposure to foreign currency debt has gotten new debt terms that will ensure lower finance costs and a return to profitability,” they said. 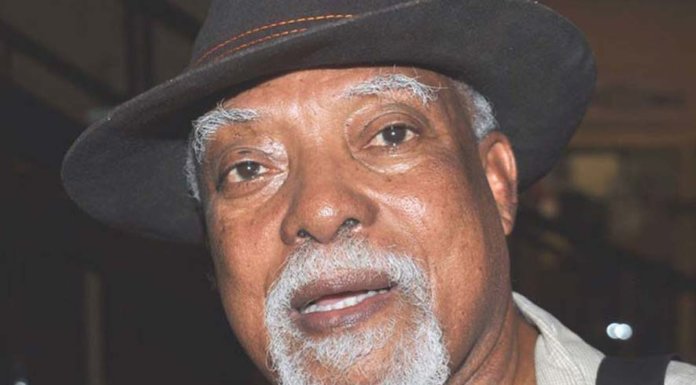